Charlie Kirk: ‘If Democrats and the Left’ Kill Electoral College, ‘We Can Never Win another Election’ 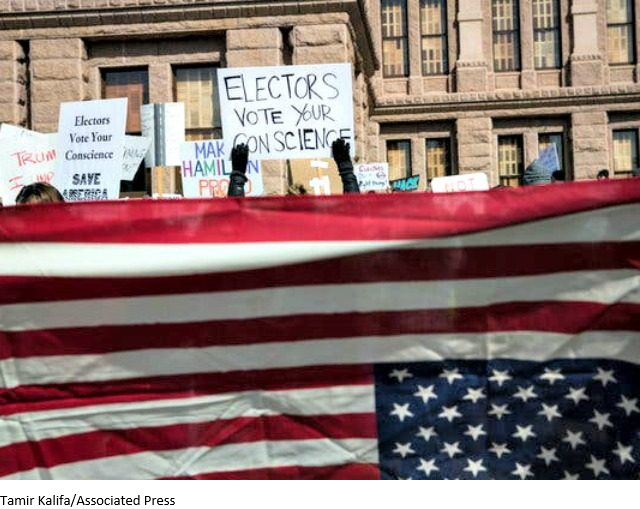 Charlie Kirk: ‘If Democrats and the Left’ Kill Electoral College, ‘We Can Never Win another Election’

Charlie Kirk, founder and executive director of Turning Point USA, explained a political push from Democrats and the broader left to circumvent the Electoral College and determine presidential elections via the popular vote. He offered his analysis in a Tuesday interview on SiriusXM’s Breitbart News Daily with host Alex Marlow.

The National Popular Vote is a campaign to evade the Electoral College via an interstate compact wherein partner states — via their own statewide legislation — agree to cast their electoral votes based on the national popular vote, regardless of how their own state’s citizens voted.

“Few people actually realize that Democrats and the left have done this in 15 states, already,” began Kirk. “This is called the National Popular Vote Compact — an interstate compact — where essentially states have agreed to send their electoral votes to the winner of the popular.”

“It’s kind of a way to constitutionally reverse-engineer the brilliance of the electoral college,” added Kirk, elaborating on his Breitbart News column entitled, “The Electoral College Stands Between the Constitution and the Mob.”

Kirk warned, “If Democrats and the left pull this off, forget about it. We’ll have a less than five percent chance of ever winning another election again. This is exactly what the Founding Fathers tried to prevent, which is the tyranny of the mob of the inner cities.”

“We are diverse country of different needs and wants and values, and having the sort of balance [and] representation the Electoral College demands has made our elections so competitive,” Kirk continued. “This is a healthy thing for our republic.”

“This is their big play, because they realize they can’t win under the current rules,” assessed Kirk of Democrats and the broader left.

“The electoral college necessitates the energy and the time of candidates to places and parts of the country that they otherwise would not go to,” remarked Kirk, drawing on his 2017 explanation of the Electoral College’s value.

Abolition of the Electoral College, de facto or otherwise, would lead to urban domination of presidential elections, noted Marlow.

“We would just become L.A., New York, D.C., a couple for big cities in Texas might get some attention, and then the middle of the country would get completely ignored if we went away from the Electoral College instead of making it a state-by-state deal,” Marlow said.

Circumvention of the Electoral College would “raise the premium for inner city voting fraud,” warned Kirk.

Kirk determined, “At our worst moments in American history, we gave in to the mob. Our best moments in our history are where we protected individual rights and we had decentralized power.”

Kirk went on, “Our best moments were where we got back to protection of the Scottish Enlightenment ideas of the individual and free expression. The worst moments, the times that really divide us — whether it be the 1960s riots outside the Democrat Convention in Chicago — are when the mob ruled. That’s never a good thing. We don’t want that. We just saw this with the Kavanaugh hearing, back last fall. That was the worst of the mob.”

Kirk advised, “We have to create a firewall against this, or we’ll have a country where we can never win another presidential election again.”

Published with Permission of Charlie Kirk