The Left’s Favorite Tool to Attack Our Founding Principles 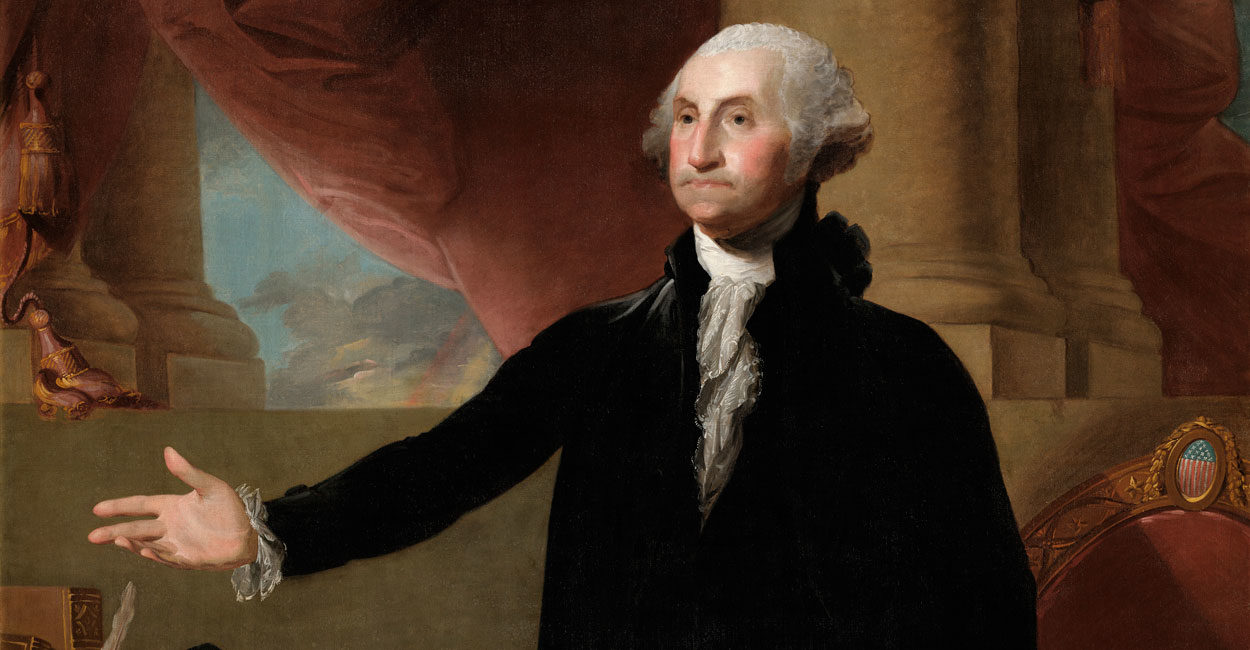 The Left’s Favorite Tool to Attack Our Founding Principles

Portrait of George Washington at age 64 renouncing his third term as president, by Gilbert Stuart, 1779. This is a second version of Stuart’s iconic Lansdowne portrait. (Photo: GraphicaArtis/Getty Images)

The favorite leftist tool for the attack on our nation’s founding is that slavery was sanctioned.

They argue that the Founders disregarded the promises of our Declaration of Independence “that all men are created equal, that they are endowed by their Creator with certain unalienable Rights, that among these are Life, Liberty and the pursuit of Happiness.”

These very ignorant people, both in and out of academia, want us to believe that slavery is unusual, as historian Kenneth Stampp suggested in his book “Peculiar Institution: Slavery in the Ante-Bellum South.” But slavery is by no means peculiar, odd, unusual, or unique to the U.S.

As University of Nebraska-Lincoln political science professor David P. Forsythe wrote in his book “The Globalist,” “The fact remained that at the beginning of the nineteenth century an estimated three-quarters of all people alive were trapped in bondage against their will either in some form of slavery or serfdom.”

Slavery was common among ancient peoples—Egyptians, Babylonians, Assyrians, Hittites, Greeks, Persians, Armenians, and many others. Large numbers of Christians were enslaved during the Ottoman wars in Europe. White slaves were common in Europe from the Dark Ages to the Middle Ages. It was only during the 17th century that the Atlantic slave trade began with Europeans assisted by Arabs and Africans.

Slavery is one of the most horrible injustices. It posed such a moral dilemma at our 1787 Constitutional Convention that it threatened to scuttle the attempt to create a union between the 13 colonies.

Let’s look at some of the debate. George Washington, in a letter to Pennsylvania delegate Robert Morris, wrote, “There is not a man living who wishes more sincerely than I do, to see a plan adopted for the abolition of it.”

In a Constitutional Convention speech, James Madison said, “We have seen the mere distinction of color made in the most enlightened period of time, a ground of the most oppressive dominion ever exercised by man over man.”

In James Madison’s records of the convention, he wrote, “[The convention] thought it wrong to admit in the Constitution the idea that there could be property in men.”

John Jay, in a letter to R. Lushington: “It is much to be wished that slavery may be abolished. The honour of the States, as well as justice and humanity, in my opinion, loudly call upon them to emancipate these unhappy people. To contend for our own liberty, and to deny that blessing to others, involves an inconsistency not to be excused.”

Patrick Henry said, “I believe a time will come when an opportunity will be offered to abolish this lamentable evil.” George Mason said, “The augmentation of slaves weakens the states; and such a trade is diabolical in itself, and disgraceful to mankind.”

Northern delegates to the convention, and others who opposed slavery, wanted to count only free people of each state to determine representation in the House of Representatives and the Electoral College. Southern delegates wanted to count slaves just as any other person. That would have given slave states greater representation in the House and the Electoral College.

If slaveholding states could not have counted slaves at all, the Constitution would not have been ratified and there would not be a union. The compromise was for slaves to be counted as three-fifths of a person when deciding representation in the House of Representatives and Electoral College.

My question for those who condemn the Three-Fifths Compromise is: Would blacks have been better off if northern convention delegates stuck to their guns, not compromising, and a union had never been formed?

To get a union, the northern delegates begrudgingly accepted slavery. Abolitionist Frederick Douglass understood the compromise, saying that the three-fifths clause was “a downright disability laid upon the slaveholding states” that deprived them of “two-fifths of their natural basis of representation.”

Here’s my hypothesis about people who use slavery to trash the Founders: They have contempt for our constitutional guarantees of liberty. Slavery is merely a convenient moral posturing tool they use in their attempt to reduce respect for our Constitution.

Walter E. Williams is a columnist for The Daily Signal and a professor of economics at George Mason University.