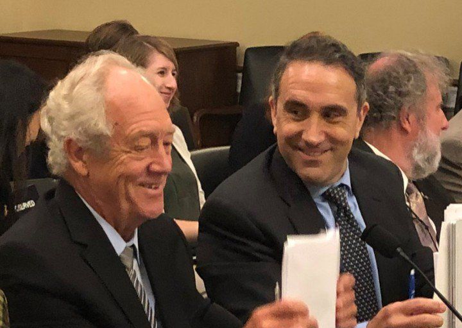 Congressman Jared Huffman thought when he scheduled three authors of the UN’s frightening new species extinction report to testify before the committee he chairs, his colleagues would accept their platitudes without critical inquiry.

He did not expect CFACT’s Marc Morano and Greenpeace co-founder Dr. Patrick Moore to join the panel and lay out the cold hard facts that call the UN’s latest power play into serious question.

The Left is not happy.

The Guardian, Media Matters and the rest of the usual suspects are throwing a hissy fit.

“You cannot call yourself a scientist if you pretend that there are 6.2 million species that have no names and have never been identified,” said Mr. Moore. “That is not science. That is fiction. Fairy tale stories. And that’s what we’re being told here.”

“At best, the U.N. science panels represent nothing more than ‘authoritative bureaucracy,’ … they hype the problem and then come up with the solution that puts them in charge of ‘solving’ the issue in perpetuity,” Mr. Morano said in his prepared remarks. “A more accurate term for the U.N. than ‘authoritative science’ may be ‘authoritative propaganda.’”

When it became clear that neither committee Democrats, nor the three representatives of the UN panel, could marshal meaningful facts to counter Moore’s and Morano’s onslaught, Chairman Huffman did what the losing side always does:  He attacked Moore and Morano personally.

He attacked Morano for working for CFACT, a mere think tank rather than the all-knowing UN, and presented a document Greenpeace recently cobbled together to try and erase Patrick Moore from its history. 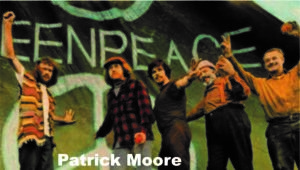 Facts are the perfect antidote to the Orwellian dystopia the UN, Chairman Huffman, and Greenpeace would inflict on the world.