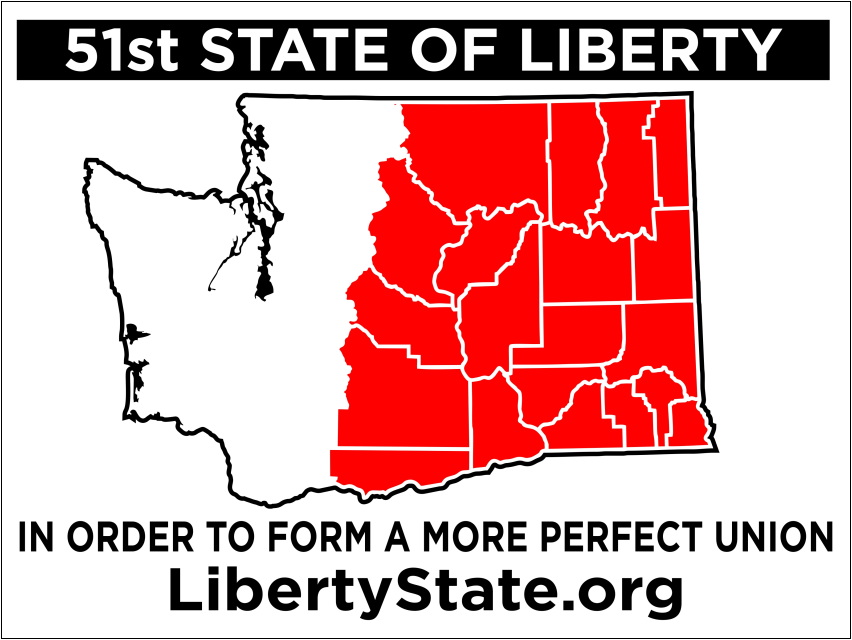 This morning I am reading the Spokesman-Review article ‘Liberty State backers raise funds for cause – Ex-Shea loyalists escorted from event’ on the 51st State Rally I attended last night at Center Place in the Spokane Valley. Reporter Chad Sokol covered the story, which make me wonder which Rally Chad attended since his report was so different from what I witnessed. I am being facetious. I know he was there since I saw him in the back of the room by the water table, writing furiously into his little reporter notebook. His story was written with extreme prejudice as he usually does against Rep. Matt Shea and his supporters.

Sokol quotes attendee Pastor Barry Byrd from 30 years ago who was objecting to interracial marriage, and referring to Jews as anti-Christs. Actually the Apostle John was a Jew, and refers to his fellow Jews as being in the spirit of anti-Christ (instead of Christ) for rejecting Jesus Christ. I know that two of the Pastors at Byrd’s Church today are black and have white wives, but what does that have to do with the Liberty State?

He quotes Rene Holladay as saying supporters of the 51st State have a common sentiment “It’s either going to be bloodshed or the Liberty State”, but she was actually quoting what came out of a meeting state representatives had on “LExit” (Liberty Exit).  We just want to have representation from people who reflect our Eastern Washington values, but by going through the legislative process of making the State of Liberty happen. Maybe Chad would be more at home, being a Seattle Times reporter. 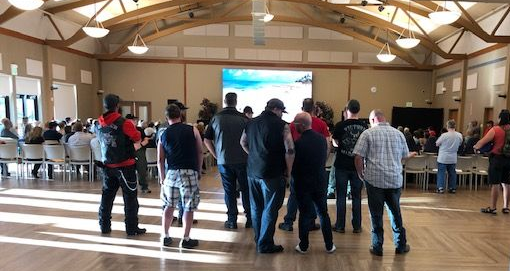 The appearance of infil-traitors, Jay Pounder and Tanner Rowe, was anticipated. They were there to cause trouble and they did so with 8 – 10 other comrades. They were politely asked by organizer John Christina to leave when they showed up. If they truly were “Exceptional Gentlemen” they would have left then. Instead they started dropping “F Bombs” in the hearing of the many children present, at which time John told them this was a family event, and asked me to call 911. According to the operator it was a busy night but 30 minutes later (thank God for the militia members!) law enforcement showed up and escorted the unwanted intruders outside, and stuck around until Pounder, Tanner et al got on their motorcycles and departed.

At the time I was worried that events could get out of hand. The security detail was open carrying and there was no way of telling if the party crashers were armed. Both sides were toe to toe within shoving distance, so the potential of things getting out of hand with loss of life or limb was a real threat.

There has always been a very real and unprofessional agenda by the Spokesman-Review against Rep. Matt Shea, going back to his first campaign. They seek to marginalize him, and anyone who supports him, even though Matt has always won elections with comfortable margins. In fact, professional polls show the concept of a Liberty State as having support of over 70% of Eastern Washington.

Chad Sokol doesn’t seem to have much understanding of Christianity, which would help him as a reporter in this area, and has to find quotes from Shea supporters made 30 years ago to support his sensationalism. He refers to Liberty as the “new Christian conservative state” and yet it is no different than any other state admitted to the Union. If Liberty contains all Christians like the old colonies that became states did, then so be it, if it contains all Sikhs then so be that, minorities will still have their rights protected.

Rep. Matt Shea is always portrayed as the villain, but I didn’t see much criticism of the ruffians trying force themselves where they were not wanted, in violation of the basic freedom of association.