The Great Divorce? The Illinoisans Who Want Chicago Gone (Another 51st State Competitor?) 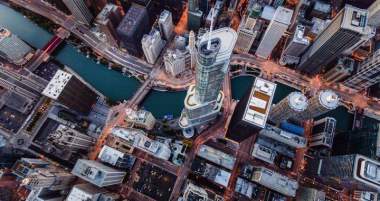 The Great Divorce? The Illinoisans Who Want Chicago Gone (Another 51st State Competitor?)

Some may note about our country’s left-right divide that if our nation were a marriage, there’d have been a divorce long ago. And this is precisely the idea in certain states where large urban areas dominate politically, such as New York and Washington — and Illinois, where a movement has been brewing to kick Chicago out of the state.

At issue is the outsized political power of Cook County, home of the Windy City, and its five collar counties, heavily populated leftist bastions that dominate the literally dozens of conservative counties constituting most of the state. The result is that the majority of Illinois has unwelcome policies imposed upon it.

[A] resolution calling on Congress to declare Chicago America’s 51st state now has eight Republican co-sponsors in the state’s House, as well as growing support from conservative activists.

Supporters of the move have noted that Chicago is where much of the state’s political power and money rests, and its politics are different than other more conservative parts of the state. The sponsor of the bill, state Rep. Brad Halbrook, said he supports the split due to differences on issues such as the Second Amendment and abortion.

“Our traditional family values seem to be under attack at every angle,” Halbrook said, according to The State Journal-Register. “We are trying to drive the discussion to get people at the table to say these are not our values down here.”

The bill notes a “$221 million bailout” for the city’s pension system last year, and says that “the majority of residents in downstate Illinois disagree with City of Chicago residents on key issues such as gun ownership, abortion, immigration, and other policy issues.”

Any such push would require significant political muscle, and the resolution itself is only a statement of support for the push, not legislation that would work to actually make a new state.

Dividing states is, of course, not unprecedented. As Pew tells us, “It happened when Maine split from Massachusetts in 1820, and again when West Virginia split from Virginia in 1863 during the Civil War.”

But this effort is a long shot. Creating a new state requires the approval of both Illinois’ state legislature and Congress. Both these bodies are currently controlled by Democrats, and they certainly wouldn’t want to create a state that would surely send two more Republican senators to the Senate, never mind the fact that it would mean another GOP governor as well.

Nonetheless, the discontent is real, and many Illinoisans do want to blow the Windy City out of the state. Pew cites a poll showing that two-thirds of Illinois voters believe the state is headed in the wrong direction, and many of them have decided to vote with their feet.

The Chicago Tribune reported in December 2018 that the latest Census Bureau data showed that the state had lost residents for five years in a row. It bled the second most numerically, only exceeded by New York — which also has rural residents who’d like to separate from their major metropolis.

Such states’ direction would be different if they had something akin to the Electoral College, applied to counties. As it stands in Illinois, however, “Forty percent of the Prairie State’s 12.7 million residents live in Cook County,” Pew informs. Consequently, “Democrats control both chambers of the General Assembly and the governor’s office, and most of them are from Chicagoland — including 62 of the 74 Democrats in the House,” the site continues.

To further illustrate the divide, consider Illinois’ 2016 electoral map here. If Cook and its five collar counties — which together comprise 65 percent of the state’s population — had been removed from the equation, Illinois would not have gone for Hillary Clinton in 2016 but for President Trump by a comfortable margin.

This phenomenon is what New York Republican state senator Daphne Jordan has characterized as “a tale of two states.” Yet it reflects two Americas. Jordan was referencing her state with her comment, and this rural-urban political divide is apparent virtually everywhere in the United States. Without the big cities, most every state is a Republican state. Hinterlands in the North and South, East and West, have more in common with each other than they do with the denizens of their own asphalt jungles.

Of course, there was a time in our nation when the city-country ideological divide perhaps wasn’t so profound. Yet big metropolises have always been breeding grounds for vice and the politics reflecting it. Thus did Thomas Jefferson once warn, “When we get piled upon one another in large cities, as in Europe, we shall become corrupt as in Europe.”

And if you boil down what country folk really want to separate from, corruption would be a likely answer.