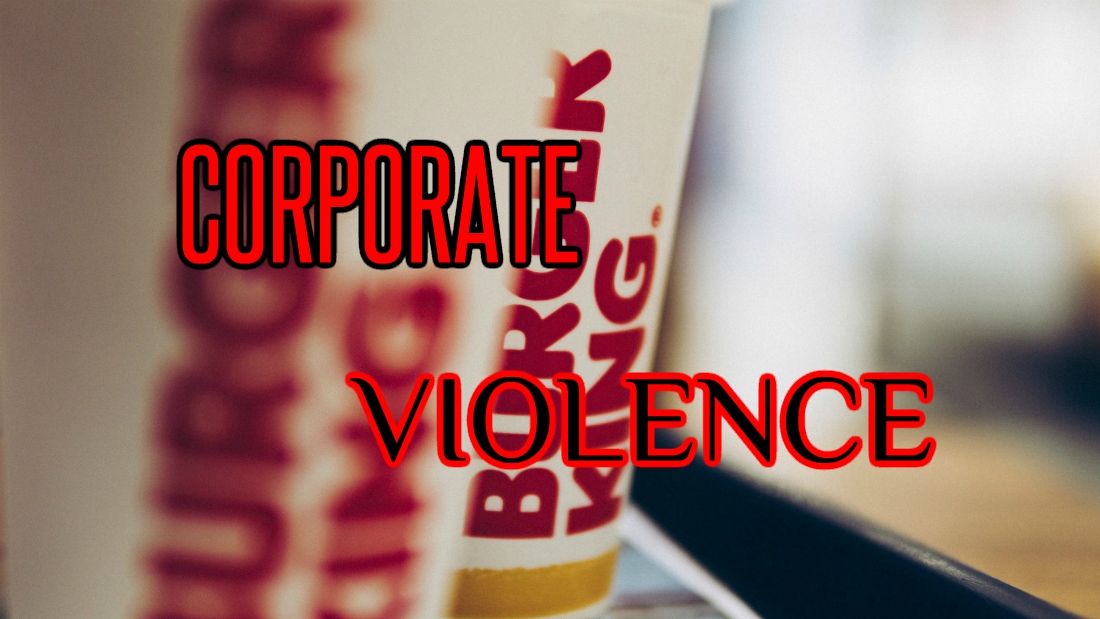 The high court’s decision held that corporations, separate from their associated humans (owners, managers, CEOs, employees), hold at least some of the same legal rights that individuals enjoy, and in particular, how corporations donated to political campaigns.

Thus, the concept of “corporate personhood” was born.

Despite the fact that the Left disagreed with the ruling, it’s become obvious that a majority of the Supreme Court knew what they were talking about because in this day and age, corporations are behaving much more like ‘persons’ than entities, and that’s especiallytrue when it comes to politics.

And wouldn’t you know it? This ‘corporate personhood’ thing is actually being used to advance the Left’s political objectives.

Case in point: Burger King has now officially entered the realm of political activism, and no, not on the side of conservatives and patriots.

In the United Kingdom, the fast food franchise, via its corporate Twitter account, is deftly urging customers to buy milkshakes so they can hurl them at political candidates Nigel Farage, Tommy Robinson, and Ukip candidate Carl Benjamin — because they’ve been arbitrarily deemed “Right-wing extremists,” “bigots,” “racists,” and (you get the picture) because they believe Britain should be independent of European globalists.

As The Gateway Pundit reported, throwing milkshakes on opposition political figures has become a Leftist thing — a viral “protest,” if you want to call it that — that is being encouraged by an American corporation.

Last week, as Farage came into the country, Scottish police asked McDonald’s to stop selling milkshakes for the duration of his visit, but alas, Burger King didn’t get the memo or did but simply chose to ignore it.

Naturally, it caught on:

Time to “Lactose an intolerant”?

689 people are talking about this

Haha. Yes I do love threating people for their political views

Political violence on the Left will be met, eventually, with counterviolence

“Earlier this month, Robinson had milkshakes thrown at him twice in two days while out campaigning. Last week, two activists targeted Benjamin with the same tactic,” The Gateway Pundit reported.

It’s bad enough our political discourse has reached a level that is so divisive, so corrosive, and so intolerant we now have corporations condoning political violence — and that’s what throwing food (or punches) is, violence. But what’s worse is that there aren’t more people pushing back against it. Far too many people who claim to be supporters of ‘freedom’ and ‘democracy’ condone actions that suppress freedom and democracy, and now it’s becoming ‘official’ corporate policy in some circles.

Remember when Dick’s Sporting Goods decided to punish its shareholders by proudly eschewing “assault” rifles in response to the February 2018 shootings at Marjory Stoneman Douglas High School in Parkland, Fla.? We say punish shareholders because after loudly and proudly becoming an anti-Second Amendment mouthpiece for Leftist Democrat gun grabbers, the company’s sales took a nosedive and so, too, did the company’s stock.

But hey, it’s far more important to virtue signal against a constitutional right than it is to be profitable, right? Corporate personhood…and all that.

The general trend by the Left towards violence and away from the more traditional form of political discourse — debating competing ideas openly and honestly, for instance — is not going to end well. A society cannot simply subsist on mutual hatred. Something has to give, and if nothing gives, then conflict becomes inevitable. If people can’t discuss political, cultural, and societal differences rationally — ‘may the best ideas win’ — then the days of living in a viable country are rapidly coming to a close.

That our corporations would play into this hostility is disgraceful.

Read more about how the Left has become a cult that is in to violence at LeftCult.com and LiberalMob.com.