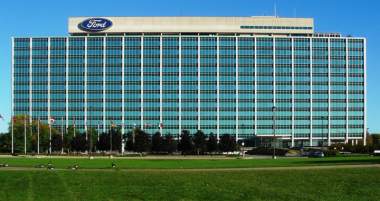 Excessive angst over Ford’s announcement that it was cutting 10 percent of its workforce led CNBC to revise its initial coverage: “This article was updated [corrected] to reflect that Ford is cutting about 10% of its white-collar employees, not 10 percent of its total global workforce.”

CNBC didn’t complete its correction. Ford has 200,000 employees worldwide, with 70,000 of them being salaried, the rest hourly. The cuts apply only to the white-collar positions, and most of them are overseas. Only 2,300 of them apply to employees in the United States, and 1,500 of them accepted buyouts last year. That leaves just 800 to be laid off this year, each of them with severance packages. That’s four-tenths of one percent, CNBC, not 10 percent.

To put Ford’s announcement in perspective, let’s remember the enormous upheaval taking place in the automotive world: Buyers are switching from regular vehicles to SUVs and pickups in such large numbers that Ford, GM, VW, and other carmakers are all but eliminating standard vehicle production. The coming wave of technology will provide impetus to electric and autonomous, self-driving vehicles, which are expected to represent a much larger portion of new sales by 2025, and likely even sooner.

For that revolution, Ford, GM, Volkswagen, and other car makers are hurrying to make the shift, cutting some 30,000 management positions worldwide. But not a single worker in any factory is being touched by these layoffs. It’s all about becoming leaner and meaner at the top where those decisions are being made.

In his letter to his employees, Ford CEO Jim Hackett said, “We are now entering the final phase of Smart Redesign [the company’s agenda since Hackett took over as CEO two years ago].… Most of the organization will [now] be structured with nine layers or less [compared to] 14 organizational layers [previously].”

It’s also about reducing overhead costs: “Cost reduction is a key aspect of Smart Redesign. Overall, by the end of the process later in August, we will have eliminated about 7,000 salaried positions or about 10% of our global salaried workforce. This includes both voluntary and involuntary separations over the past year. Within that total, and consistent with our goal to reduce bureaucracy, we will have reduced management structure by close to 20%. This will result in annual savings of about $600 million.”

In the last year, Ford’s competitors have done similar downsizing to become leaner and more nimble. GM has cut about 8,000 salaried positions in North America and has closed several factories, while VW announced in March that it would be cutting 7,000 salaried positions. Worldwide, carmakers are axing an estimated 30,000 white-collar positions to get ready for the new wave of technology driving the industry.

For additional perspective, remember that auto sales in China are shrinking and that U.S. buyers, being put off by higher prices, are increasingly looking at the used-car market. Kelly Blue Book notes that new small SUVs average $26,000, while midsize SUVs roll out at $33,000. Pickup trucks average $41,000, while luxury SUVs average $51,000. The most effective strategy to maintain and improve profitability in such a market is to cut costs.

Ford earned $1.1 billion in the first quarter of 2019, beating analysts’ expectations. Investors, on the other hand, see what’s coming: They have driven the price of Ford’s stock from $7.90 a share at the first of the year to over $10 currently. That’s a gain of 30 percent, with the full impact of Hackett’s Smart Redesign strategy still to kick in.

Watch for Ford’s new lineup to start showing up in showrooms this fall, in particular its muscular new Bronco that is aimed at taking a piece out of Jeep Wrangler sales.

And forget any angst about Ford’s job cuts. The company is just responding to changing customer demands — as every company operating in a capitalist economy must — while trying to stay ahead of its competition in doing so.