Conservatives Put On the Brass Knuckles 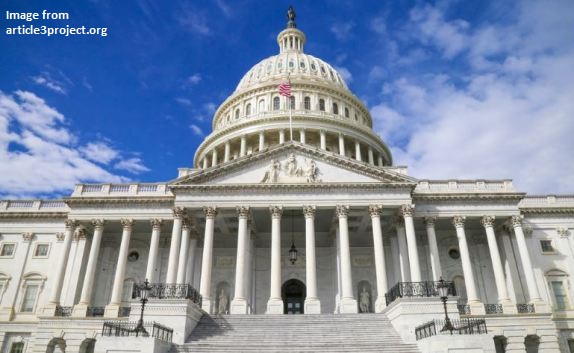 Conservatives Put On the Brass Knuckles

For over 50 years CHQ Chairman Richard A. Viguerie has been telling conservatives not to be patsies or punching bags, but to aggressively confront the Left – or to at least to punch back when hit.

Now it appears that a new organization, article3project.org, formed to help advance the nomination and confirmation of conservative federal judge’s plans to do just that.

Mr. Davis, 41, is known as a take-no-prisoners conservative eager to challenge the left with hardball tactics. He now intends to apply those techniques to judicial confirmations from the outside after his inside work on behalf of Justices Gorsuch and Kavanaugh and scores of federal judicial nominees seated on the bench since the start of the Trump administration.

“What I want to do with the Article III Project is take off the gloves, put on the brass knuckles and fight back,” Davis, an Iowa native who was the chief nominations counsel for Senator Charles E. Grassley, told Carl Hulse of the New York Times.

“President Trump is appointing top-notch judges throughout our nation’s courts, including Justices Gorsuch and Kavanaugh, a record 40 circuit judges, and 67 district judges.” Davis said. “The President is fulfilling his promise to the American people and enjoying record success, despite unprecedented obstruction and baseless attacks by Senate Democrats and their left-wing allies. The attacks are only getting uglier, more personal, and more radical. A3P will punch back and help confirm President Trump’s judicial nominees, defend these new judges from left-wing attacks once confirmed, defend the integrity of the confirmation process, and fight back against the assaults on judicial independence – including radical court-packing, term-limit, and even impeachment schemes.”

With the goal of being “lean and mean,” A3P will hire a small team of lawyers, researchers, and communicators. A3P will also prepare for the next Supreme Court nomination battle.

Mike Davis is the founder and president of the Article III Project (A3P), a new 501(c)(4) nonprofit group established to fight to confirm President Trump’s judicial nominees, defend these new judges from left-wing attacks, defend the integrity of the confirmation process, and fight back against the assault on judicial independence – including radical court-packing, term-limit, and even impeachment schemes.

Davis previously served as Chief Counsel for Nominations to Chairman Chuck Grassley (R-IA) on the United States Senate Committee on the Judiciary during the 115th Congress (2017-19). Davis led a team of attorneys, law clerks, and other professionals that advised Chairman Grassley and other senators on presidential nominations and Senate confirmations of federal judges, senior Justice Department officials, and other senior Executive Branch appointees. Davis served as the Chairman’s staff lead for 30 hearings, 41 markup meetings, or floor votes for 278 nominees, including the confirmations of Justice Brett Kavanaugh and a record number of circuit judges confirmed during a president’s first year and a president’s first two years in office. Davis also served as the Chairman’s staff lead for the hearings for 50 judicial nominees, including 6 circuit nominees, readied for confirmation votes in 2019.

Before joining Chairman Grassley’s team on the Senate Judiciary Committee, Davis, a former law clerk to Justice Neil Gorsuch, served as the “general” of Justice Gorsuch’s outside support team for his successful confirmation to the Supreme Court of the United States in 2017.

Davis has served in all three branches of the federal government, including for President George W. Bush, House Speaker Newt Gingrich, and Supreme Court Justice Neil Gorsuch. Davis has also served in several capacities in the Justice Department, including as a federal prosecutor. Davis has assisted with hundreds of appointments to every part of the federal government, including Supreme Court justices, district and circuit judges, cabinet secretaries, ambassadors, heads of independent agencies, and sub-cabinet officials, along with members of boards, commissions, and delegations.

Justice Kavanaugh referred to the former Senate aide as “a warrior” on his behalf. Senator Mitch McConnell of Kentucky, the majority leader, singled him out for special praise after the successful vote to confirm Justice Kavanaugh following the tumultuous hearings. Former Senator Orrin G. Hatch of Utah praised Mr. Davis as the “tip of the spear” in that clash.

Mr. Davis said he had already banked significant seed money for his organization from donors he chooses not to disclose. He hopes to raise at least $1 million a year to bring on board a small staff of lawyers and communications professionals. He said his plan was not only to push for conservative judicial nominees, but also to come to the defense of sitting justices and judges facing attacks and calls for impeachment from the left. He pointed to the furor over the plan for Justice Kavanaugh to teach an overseas summer law school program for George Mason University, ridiculing “cupcake undergraduates” for raising a fuss.