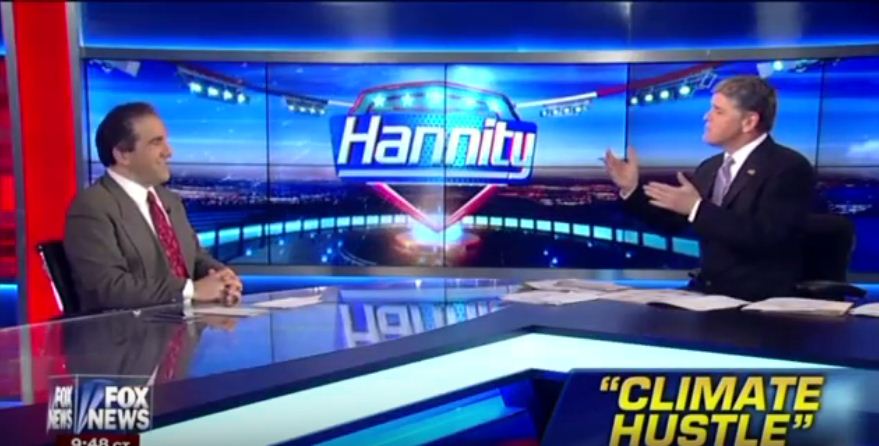 Marc Morano, over at CFACT’s Climate Depot, has been busy fighting the good fight of climate realism on various media fronts. These include recent television appearances on Fox News, Newsmax TV, and The Sean Hannity Show, among others.

His powerful presentation of common sense and logic, of course, has not gone unnoticed by those on the Green Left. Newsweek Magazine in particular.

After Morano appeared on Fox and Friends on April 30, 2019 to expose Beto O’Rourke’s version of a Green New Deal, Newsweek Magazine apparently had enough and decided to take him on. In particular they took issue with Morano’s (scientifically accurate) statement to Fox News that carbon dioxide was not a “pollutant.” Within minutes, the prominent left-of-center publication went to work attempting to discredit not just this notion, but Morano himself.

Of course, those who know Marc, know he doesn’t take this sort of thing sitting down. Climate Depot immediately fired back, noting that prominent scientists and even UN lead authors agreed with him. Morano quickly posted that UN IPCC Lead Author Dr. Richard Tol declared that “Carbon dioxide is not a pollutant, not now, not here, not to us.”  Tol also pointed out that “CO2 in the human body is not dangerous (but lack of CO2 is)” and that “CO2 concentrations in the human lung reach 37,000 ppmv.”

MIT climate scientist Richard Lindzen also mocked claims that carbon dioxide is dangerous. “CO2, it should be noted, is hardly poisonous. On the contrary, it is essential for life on our planet and levels as high as 5000 ppm are considered safe on our submarines and on the space station (current atmospheric levels are around 400 ppm, while, due to our breathing, indoor levels can be much higher),” he said.

As if this wasn’t enough, Morano then presented several studies showing that, …

One suspects Newsweek did not count on CFACT’s instant rebuttal to their groundless attack. They should have. CFACT will always fight them on all fronts – whether it’s on the battlefield of science, policy, grassroots activism or yes, even the media.