Let’s talk about education and school choice in 2020 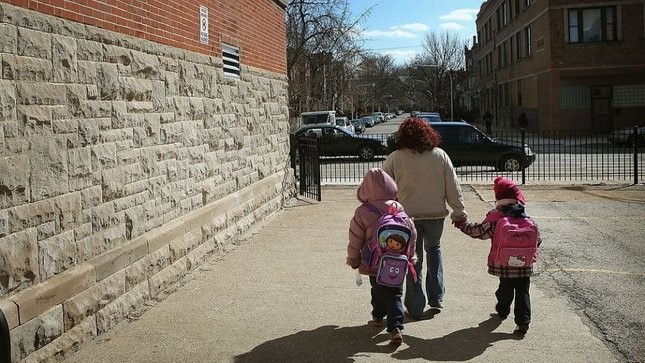 Let’s talk about education and school choice in 2020

If Republicans want to find a way to shift the political conversation in 2020 and attack liberal politicians on an exposed front, they might consider reviving an issue that has slipped from American discourse but has not slipped in terms of its need – that is, the issue of school choice for primary and secondary education.

School choice is the broader alternative name given to the original, more bureaucratic-sounding moniker of “voucher system” that was championed by free market icon Milton Friedman in the 1970s and made famous in his bestseller, “Free to Choose.” Friedman made the argument that, other than the military (which is a necessity), the American public-school system is the greatest example of socialism in America. The government mandates education, pays for it through taxing, and then tells you where you must go to get that education.

While there are variations of the voucher system, the fundamentals are the same. School choice is facilitated by the government taking some amount of the money that is spent per student in public schools and transferring control of the spending to the student/family. They can use that “voucher” to select the school they prefer instead of the one mandated by their gerrymandered educational district.

Friedman believed that forcing schools to compete for the vouchers would make them try to offer the best possible product (education) at the lowest possible price. This would bring market forces into play and end up benefiting consumers (our children).

Friedman’s dream came to reality in 1990 with the passage of the Milwaukee Parental Choice Program. Prior to that, the only experiments with vouchers in the United States actually dated to the 1800s. Today, there are 26 operating voucher programs in 15 states, with over 190,000 participating members.

The problem is that there are more than 50 million primary and secondary students enrolled in schools in the United States, with only a little less than 6 million of them enrolled in private schools. Those enrolled in private schools typically are the children of more affluent families, or they are the offspring of people struggling to pay “twice” for education – first through their property taxes, and then through tuition. This cost of this is much greater than just the tuition. There is typically considerable personal sacrifice required to save their children from an inferior public education.

The people most adversely impacted by limited school choice are the very people liberals always profess to want to help. They are the poor and the minorities who occupy much of our nation’s inner cities where the public schools are at their worst and the teachers’ unions at their most powerful.

That’s right, as you would guess, the teachers’ unions always fight school choice. They do not want to face the demands of market competition for their paychecks. In most geographic areas, public-school teachers enjoy monopoly protection in selling the product of education. Scottish philosopher Adam Smith warned us about the power of monopolies and the danger they can present to the public interest. Smith could have no better example than that of the monopoly power of the public schools in my backyard: Chicago.

Chicago has become a public educational wasteland that seems to have as its mission ensuring that generation after generation of inner-city children are assigned to the same impoverished role as the one before them. Nearly half of the schools are failing to meet the state’s new performance standards. What is most interesting is that the performance level gets worse as the grade gets higher. While high schools account for only 25 percent of the total number of schools, they account for roughly 40 percent of underperforming schools. They are failing students right before they get ready to embark upon adulthood.

Education unions and liberal politicians argue that we need to spend more money on public education. If we go to a school choice plan, they contend, the public schools will have much-needed financial resources diverted from them – and they are already underfunded.

Again, let’s turn to Chicago, that teetering town. According to IllinoisPolicy.org, the Chicago Public School (CPS) system in the 2017-18 school year planned to spend $200 more per student than the previous year, bringing the total to $5,320 per high school student (this does not factor in funding from the state of Illinois). The same report noted that enrollment in CPS was declining year to year by approximately 8,000 students (enrollment down, costs up). Meanwhile, the City of Chicago and the state of Illinois are functionally bankrupt.

Republicans can make note of the Illinois example, which is repeated elsewhere across the nation, and make a direct appeal to every parent. The message is simple: If government is going to tell you that your child must be educated, and if government is going to take money from you to pay for that education, then you should at least get to choose the school.

Liberals know that by keeping children poorly educated they will grow into adults who are more likely going to be dependent upon those other than themselves for support. That means they will turn to government-run programs, and that means they are likely to be beholden to Democrats.

That has been the tragedy of our inner cities for decades: a government-subsidized merry-go-round of hopelessness. Public education has played a vital role in holding down low-income and minority Americans.

Republicans need to include universal school choice in their campaign platforms. They will catch progressives flat-footed trying to argue why poorer people shouldn’t be given the same benefits as the 1 percent.

Charlie Kirk is the founder and president of Turning Point USA, a conservative nonprofit that aims to educate students on free-market values. You can follow him on Twitter @CharlieKirk11.

Published with Permission of TurningPoint.news