The Right to Choose what is Injected in our Bodies 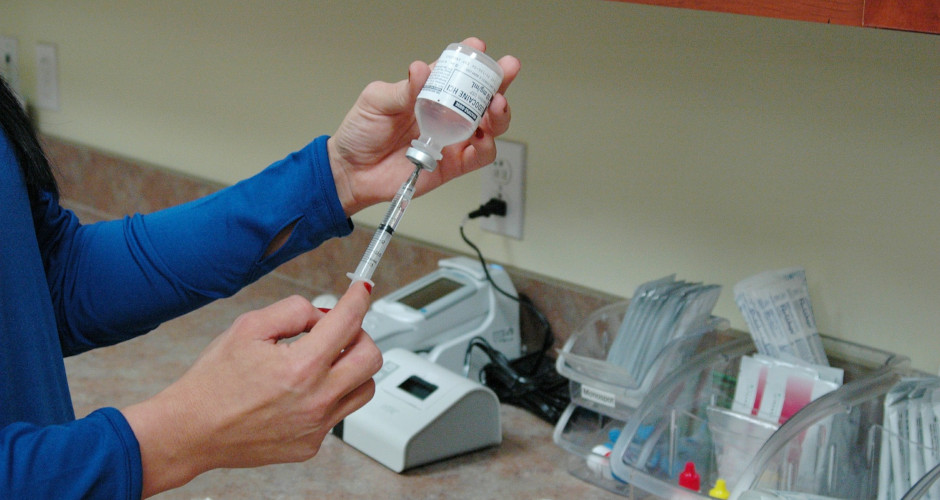 The Right to Choose what is Injected in our Bodies

Most people know little about vaccines or how they work in our bodies, but it is important to know that while vaccines can be lifesaving they can also be killers. Most of us take for granted what our physicians tell us and we accept their words as fact but this is not a good thing to do especially when it comes to vaccines.

So in 1986, Congress passed the National Vaccine Compensation Program to compensate those injured from vaccines. Mind you this is not a regular court of law it is run by the government and they do have the last word on if someone will get compensation or not. This guaranteed that vaccines would continue to be produced but the liability would now shift to the government instead of Big Pharma.

I Spent a year on my radio show Healthy Conclusions interviewing many prominent doctors from around the country who are not only skeptical but totally against vaccines. Personally, I believe that vaccines have their place and they have certainly been helpful in eradicating some of the most widely spread diseases but there are inherent risks that go along with those vaccines. According to HHS, the payouts for vaccine injuries just went past the whopping $4 billion mark. Using the government’s own conclusion that only 1% of all vaccine injuries are reported, the $4 billion is just the tip of the iceberg. Despite assurances from CDC and our Federal agencies that all vaccines are safe, the payouts say otherwise. Vaccine injuries can and do happen—to previously healthy children and adults.

The money to fund this compensation program comes from a $.75 charge each time a vaccination is given. Pharmaceutical companies who create vaccines have absolutely no liability for the vaccines that they produce. Of the 20,000 injury claims filed, only 6,276 have been heard and settled—that’s about 31% of all claims.

In the most recent outbreak of measles, it was found that many of those who contracted the disease had close personal relationships and connections to one particular family that infected some 120 or more individuals. It should also be noted that many of those who had become infected were previously vaccinated but the vaccine used was evidently not effective to keep them from contracting the measles. It is much like the flu vaccines that they tell us to get every year but what they don’t tell you is that it can be just as harmful as it can be good depending on how your body reacts to it and everyone is different. Some years they say the vaccine is 50% effective and some years it is only 10 to 20% effective.

Public health officials always try to play down the risk associated with vaccinations but it is well known that while many vaccination programs can be successful, there are those who will suffer severely as their body have bad reactions to the vaccine. In the 1970s and early 80s, there were so many injured by the DPT whole cell pertussis component that they did a TV documentary and referred to getting the vaccine to playing vaccine roulette.

Doctors will argue that vaccines must be mandatory for the greater good but the inherent dangers of vaccines and reactions to them leave enough doubt that it should be up to the individual. We should have the right to say what we put in our bodies, it should not be up to some government officials to dictate what vaccinations we as citizens should or should not get. I don’t think most people realize that from birth to age 18, the CDC recommendations for vaccines has expanded to 59 vaccines and boosters. Vaccines have become more of a business than a means to keep people healthy. People need to have the right to choose and government has no right to tell them what they should put into their bodies.