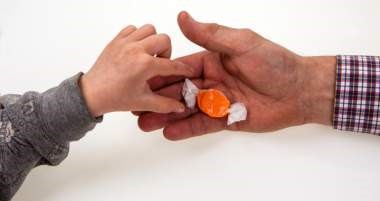 The fake “fact checking” website Snopes has once again attempted to deceive readers, this time lying about a growing scandal in California involving the teaching of pedophilia and pederasty as a “sexual orientation.” But considering the fact that Snopes was founded by sex perverts and con artists, it’s not surprising to see the website try to cover up perversion. Indeed, the Snopes writer even defended teaching children about the rape of children and suggests that pedophilia is only wrong by “modern” standards.

In its April 29 “fact check,” referring to an article published by The Newman Report on April 17 headlined “Pedophilia Being Taught As ‘Sexual Orientation’ in California Schools,” Snopes twisted itself into pretzels lying and then defending the outrageous lesson.

The writer listed the claim in question as: “In 2018 or 2019, Brea Olinda Unified School District in California ‘taught pedophilia as a sexual orientation.'” Dan MacGuill, who has developed a reputation for publishing lies and propaganda, labeled the claim “false.”

But ironically, he then proceeded to prove and further document the accuracy of the claim. Indeed, MacGuill even included a video of Brea Olinda Assistant Superintendent Kerrie Torres explaining that it is “really important” to teach children about man-boy sex “because we are talking about historical perspectives of how gender relations and different types of sexual orientations have existed in history.”

Then MacGuill’s full-blown deception began. “At no point did Torres state that the school district was endorsing the practice of pederasty or pedophilia, nor even that the curriculum described pederasty as a discrete sexual orientation — the core of the claim made by Freedom Project [sic] in its subsequent report,” he wrote. Of course, FreedomProject never claimed the district endorsed pederasty or pedophilia, only that it was being taught as a sexual orientation, as Torres and the lesson plan made perfectly clear.

A concerned parent in the district actually provided The Newman Report with a copy of the curriculum in question. The presentation, headlined “Introduction to Sexual Orientation,” includes a slide on “LGBTIQ history.” And on that slide, children were taught that, “The practice of pederasty (an older upper class man would make a young free boy his partner and become his mentor) is mentioned in Homer’s Iliad, and is evidenced to have existed at least 4500 years ago in ancient Egypt.”

In other words, just as Torres confirmed in her video-taped comments, pederasty and pedophilia were indeed being taught to children. That means Snopes’ report is provably false.

But after confirming that FreedomProject’s reporting was 100 percent accurate, MacGuill went on to defend the teaching of child rape to children — and even suggested that raping children was only wrong to “modern observers”:

The description of pederasty in the original BOUSD presentation is accurate, and in tracing the history of same-sex relationships in various societies, it would be perfectly relevant to mention the Ancient Greek custom whereby older men imposed a sexual relationship on much younger males, typically teenage boys.

Although modern-day observers would view such a practice as predatory, abusive and criminal, it was widely practiced and accepted in Ancient Greek society. As such, it would appear relevant for inclusion in a brief summary of prominent milestones and trends in LGBT history, while bearing in mind the clear distinction between same-sex relationships, as such, and child sexual abuse.

The Newman Report also reached out to Assistant Superintendent Torres to ask some follow-up questions. However, the district instead had a “communications specialist” respond. She told The Newman Report that the teaching about man-boy sex had been removed from the curriculum, and that Torres “misspoke” about man-boy sex being a “sexual orientation.”

This is not the first time Snopes has lied to readers about articles at The Newman Report. Earlier this year, the far-left website falsely claimed that a news story exposing California’s “Health Education Framework” was false. In that incident, The Newman Report exposed a book recommended under the “Framework” that teaches children that there are infinite genders, going on to list 15 specific examples. Despite the fact that the official document was posted on official California websites, Snopes falsely claimed it was false.

Snopes, founded by a pervert who stole $100,000 from donors to spend on prostitutes and using an infamous “bondage, sadism, and masochism” sex-fiend as chief fact checker, has increasingly become a laughing stock. The reason why is obvious. But by continually lying about documented facts and then defending the teaching of pedophilia and pederasty to children as “perfectly relevant,” the fringe website has taken it to a whole new level.

This article, from FreedomProject Media, is reprinted here with permission.

Image at top: MagMos via iStock / Getty Images Plus