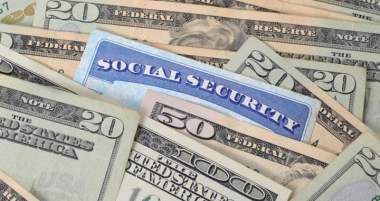 The report issued by the trustees of the Social Security (Old Age and Survivors and Disability Insurance, or OASDI) trust funds on Monday was blunt: “Social Security’s total cost is projected to be … higher that its total income in 2020 and all later years.” It added that its total liability over the next 75 years is $16.8 trillion. With less than $3 trillion in reserves, the program is 83 percent underfunded, worse by far than any other public or private pension plan in the country.

President Franklin D. Roosevelt (FDR) promised that it would never happen. After signing the bill into law in 1935, Roosevelt famously said: “We put those payroll contributions there so as to give the contributors a legal, moral and political right to collect their pensions and their unemployment benefits. With those taxes in there, no damn politicians can ever scrap my social security program.”

FDR was wrong on all counts but one: The program will end, and not because politicians have grown a backbone, but because of simple math.

First, there is no “legal right” to any Social Security benefits, thanks to a ruling by the Supreme Court in 1960. In Flemming v. Nestor the high court ruled that payments under Social Security are not “property” rights and therefore not guaranteed to any beneficiary. That also explains why a covered person in the program is not able to “will” his rights under Social Security to his heirs upon his death. It’s a government handout, pure and simple, subject to the wiles of the political system and its inevitable destruction by simple intergenerational math.

Second, since the program is enforced by the government, by definition it is immoral. Think of the Social Security system as a pipeline, as the program’s own website describes it. Taxes are sucked out of employees’ paychecks, drawn through the pipe, and then spent by the government in exchange for special bonds that are redeemed to pay benefits when they come due. Those who think they earned their benefits with their payments residing in a separate account with their Social Security number on it are just slow learners: There are no accounts with separate assets in them waiting for them to retire. Their taxes have already been spent, either paying benefits to others or by the government.

There are no “reserves” in those trust funds that administrators are managing, just an enormous pile of special government bonds that have been exchanged for those tax receipts to be paid off or redeemed at a later date.

There were protestations about the fraud from the very beginning. Back when the Republican Party still had some backbone (but not enough political clout to kill the Social Security program’s enactment), its platform during the 1936 presidential campaign included this: “The so-called reserve fund, estimated at forty-seven billion dollars for old age insurance, is no reserve at all, because the fund will contain nothing but the Government’s promise to pay, while the taxes collected in the guise of premiums will be wasted by the Government in reckless and extravagant political schemes.”

Starting in 2020, those trustees of Social Security will start redeeming those special government bonds at the U.S. Treasury to pay the increasing shortfalls between tax receipts and benefit payments. Put another way, there are three taxes on workers that fund this scam: payroll taxes (almost a trillion dollars a year), income taxes used by the Treasury Department to redeem those government bonds the trustees will start liquidating next year, and income taxes on those benefits when they are received by the plan participants.

As John Adams said in 1770 while defending soldiers charged during the Boston Massacre, “Facts are stubborn things; and whatever may be our wishes, our inclinations, or the dictates of our passion, they cannot alter the state of facts and evidence.”

Here are the facts: Once those government bonds have all been redeemed, estimated by the trustees to take about 15 years (or less), then the program will be revealed for exactly what it is, i.e., an intergenerational transfer, by force, of funds from workers to retirees left holding the bag. The trustees estimate that benefits will be cut to less than 80 percent of what retirees have been counting on.

And many millions are counting on them. According to the Government Accountability Office (GAO), the average retirement savings for Americans between ages 55 and 64 is $104,000. Millions are already trying to live on Social Security alone, and millions more are about to join them.

Of course, because Social Security is a Ponzi scheme, early participants were treated much better. It’s only those standing at the back of the line who get the short end of the stick. Consider Ida May Fuller, the very first plan participant to receive a check. That first check, #00-000-001, was dated January 31, 1940, in the amount of $22.54. Ida May, known to her friends as Aunt Ida, had no idea how she would benefit. She only knew that she had been paying into the system for less than three years. She stopped by the local Social Security office to inquire about what her benefits might be when she retired. She said, “It wasn’t that I expected anything, mind you, but I know I’d been paying for something called Social Security and I wanted to ask the people in [the office] about it.”

The plan was fraudulent from the start. It was never actuarially sound despite borrowing from the insurance industry whatever credibility could be gained to cover its deceit (during the Great Depression, while banks were going broke, insurance companies were able to maintain their solvency). That’s why, even today, the law that forces workers to pay into the system is called The Federal Insurance Contributions Act (FICA).

According to Merriam-Webster, there are two definitions of insolvency: 1) the inability to pay benefits when they are due; and 2) having liabilities that exceed the assets available to pay them. By the second definition, Social Security — OASDI — is insolvent. By the first definition, it shortly will be.

Social Security’s deleterious impact on people can be measured by the number of those who, in ordinary times, would have planned to take care of themselves and their families in their old age. Now, the age of dependency has destroyed most of that self-reliance, making the inevitable ending of the unsustainable program all the more painful.