Our Tax Code is 21st Century Version of Slavery 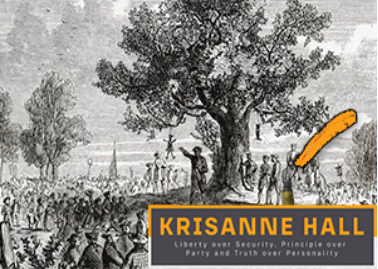 Our Tax Code is 21st Century Version of Slavery

“Our tax code is the 21st Century version of slavery…the IRS has become the overseer of the American People.”  To many, this seems like an absurd radical statement; but, when you look at this statement from an historical perspective, you might just come to a different conclusion.

Throughout history, taxes have been a way to control the people.  My History of the Constitution begins with the year 1014.  England was constantly being plagued by Kings who were greedy or wanting to finance their own adventures through the taxation of the people.  Although the oppression of taxation is evident throughout history, the best place to analyze this statement on modern taxation begins with King John and his reign in 1189.

King John, popularized by the tale of Robin Hood (who by the way was not robbing the rich and giving to the poor, but returning oppressive taxes back into to the hands of the people), took over while his brother Richard the Lion-Heart was fighting in the Crusades.  It was said of King John that he “plundered his own people”, he was “cruel towards all men” and “Hell itself was fouled by the presence of John”.  In 1207 King John introduced the first income tax in England.  Taxation at that time was established at one thirteenth of “rents and moveable property”.   Taxes were collected locally by sheriffs and administered by the Exchequer.  His brutal policies and excessive taxation brought him into conflict with his barons, the land and business owners. Taxes imposed by King John were excessive to the point of oppressive.  This did not matter to the King as these taxes served to double his income for the year, and served to finance his adventures.  Even though the taxes levied by King John were exorbitant, he is most known for his punishments against defaulters.  He was ruthless, showing favor only to those who suited his needs.  The taxations of King John lead to a rebellion of the barons.  A direct result of this rebellion was the adoption of the Magna Carta.  The Magna Carta of 1215 made the King promise that no taxes except the regular feudal dues were to be levied, and except by the consent of the Great Council, or Parliament.

All the way back to 1215 people agreed that excessive taxation was an evil and oppressive form of government.  That did not stop Kings from becoming tyrannical with taxation.  In 1628, to end rebellion and secure the crown, Charles I had to sign the 1628 Petition of Rights, once again, promising that there would be no taxation without proper representation.  Again, in 1689, as a result of the Glorious Revolution of 1688, the fathers of our founders made William of Orange promise to not impose taxation without proper representation.

The fundamental importance of this brief trip through history is to first to recognize throughout history that taxation was often used as a tool for oppression.  Secondly, we must understand that our founders, when coming to this continent, carried with them not only their Bill of Rights of 1689, but all the promises of each King contained in each of these documents listed.  These promises all recognized the evil and oppressive nature of excessive taxation and the promise of each King to not abuse this tool of government.

So when George III began engaging in the very behavior of oppressive taxation, that each of these documents guaranteed he would not do, our founders called it like they saw it.  Thomas Paine wrote in Common Sense:

If, from the more wretched parts of the old world, we look at those which are in an advanced stage of improvement we still find the greedy hand of government thrusting itself into every corner and crevice of industry, and grasping the spoil of the multitude. Invention is continually exercised to furnish new pretences for revenue and taxation. It watches prosperity as its prey, and permits none to escape without a tribute…What at first was plunder, assumed the softer name of revenue…

Take note of the long tradition of tyrants to use the word “revenue” to describe their oppressive acts.  Terms like “greedy” and “plunder” were not the end of the strong language used by our founders.  Sam Adams made the following observation in his response to King George III’s taxes invoked in the Stamp Act.

…for if our trade may be taxed, why not our lands? Why not the produce of our lands and everything we possess or make use of? This we apprehend annihilates our charter right to govern and tax ourselves. It strikes at our British privileges, which, as we have never forfeited them, we hold in common with our fellow-subjects who are natives of Britain. If taxes are laid upon us in any shape without our having a legal representation where they are laid, are we not reduced from the character of free subjects to the miserable state of tributary slaves?

The women of the Revolution were not foreign to this understanding either.  Over 50 women, led by Penelope Barker, signed this oath in opposition to the oppressive taxation of George III:

“We, the aforesaid Ladys will not promote ye wear of any manufacturer from England until such a time that all acts which tend to enslave our Native country shall be repealed.”

Hannah Winthrop, while observing the destruction of Tea in the Boston Harbor, a direct protest of the oppressive taxation of George III, stated:

Yonder, the destruction of the detestable weed, made so by cruel exaction, engages our attention. The virtuous and noble resolution of America’s sons, in defiance of threatened desolation and misery from arbitrary despots, demands our highest regard.

This assessments of our government’s policies on taxation, especially in the last 50 years, are not so radical after all.  Many of us have come to these conclusions on our own.  Understanding that oppressive taxation is a direct assault on Liberty should give us a boldness and courage to stand against this popular form of tyranny.  Sam Adams gave this challenge in 1771 that seems rather relevant today:

Let us remember that “if we suffer tamely a lawless attack upon our liberty, we encourage it, and involve others in our doom!  It is a very serious consideration, which should deeply impress our minds, that MILLIONS YET UNBORN MAY BE THE MISERABLE SHARERS IN THE EVENT.”

Maybe we should be asking the same questions of our neighbors that Patrick Henry asked of his in 1775:

“What is it that gentlemen wish? What would they have? Is life so dear, or peace so sweet, as to be purchased at the price of chains and slavery?”