In an age of rapid industrialization and ever-accelerating technological change, many have grown fearful of environmental neglect and impending natural catastrophe. Such concerns tend to be based in a pessimistic view of economic opportunity, through which more individual ownership will surely lead to more reckless exploitation.

Yet the bigger story of our newfound economic freedom and prosperity would seem to paint a different picture—one in which the expansion of economic ownership is actually helping us better protect and preserve our natural environments.

The secret ingredient: property rights, and the wise, creative, and collaborative stewardship that they protect and so often inspire.

In a new short film for the Hoover Institution, Terry L. Anderson highlights this reality, noting how the root causes of environmental problems are most often due to a lack or perversion of individual ownership, rather than an excess thereof. 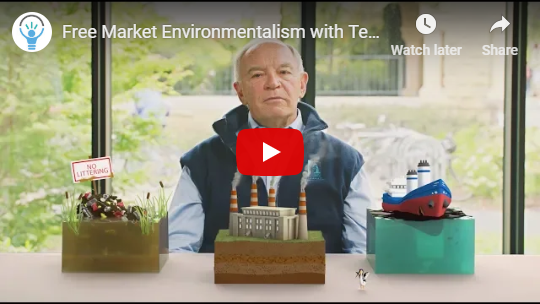 Take the classic Lorax scenario, wherein self-seeking entrepreneurs invade a forest and rob it of its natural resources, only to disappear with little to no restorative activity. Such activity is indeed predictable within a framework of common, rather than private, ownership.

The solution, he argues, is “free market environmentalism”:

It uses market incentives to promote environmental stewardship. Owners of land don’t overgraze. Owners of trees don’t overharvest. For example, timber companies…own 1,000s of acres of trees, which they manage sustainability. This explains why we have more trees today than we did 100 years ago.

A growing demand for water, to be left in stream for fish and wildlife, illustrates the contrast between a regulatory approach and free-market environmentalism. To provide water for endangered fish, environmentalists have filed lawsuits, trying to require farmers to stop irrigating. Not surprisingly, farmers—who have the right to divert water for irrigation, resist, leading to costly drawn-out legal battles, and leaving fish high and dry. Water markets provide an alternative that replaces conflict with cooperation and conservations.

Government can play a valuable role, but not by over-regulating and micro-managing human activity. Instead, the focus should be on protecting our individual freedom to own and manage property while also providing proper incentives to manage and sustain our environments according to situational challenges and needs.

“By helping to define and enforce property rights, the government encourages the market and makes the environment and asset to be conserved,” Anderson says. “Pragmatic environmentalists are using markets to achieve their goals more effectively and less acrimoniously. Such environmentalists are dedicated to finding the ways that work.”

Through such an approach, it isn’t just the environment that is sure to benefit. We ourselves will be more likely to flourish. We will be free, but not from responsibility to our creation.

When given actual ownership of precious resources, we walk down a uniquely formative path as creators, innovators, entrepreneurs, and workers. We won’t always make the right decisions, and will fail frequently, but when given freedom in the process of collaboration and conservation, we begin to realize part of our fundamental calling as human persons made in the image of a Creator God.

That calling is explored in Episode 2 of Acton’s film series, The Good Society: 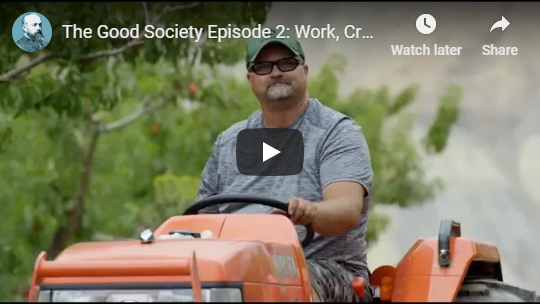 The opportunities that free market environmentalism brings are crucial if we are to maintain a cultural imagination for what restorative stewardship and creative service ought to look like. Instead of constantly fearing our inability to be good stewards, we should instead grow in our ability to take a tragedy of the commons and transform it for the common good.

For more on free market environmentalism, see Acton’s resource page on the topic.

JOSEPH SUNDE is an associate editor and writer for the Acton Institute. His work has appeared in venues such as The Federalist, First Things, The Christian Post, The Stream, Intellectual Takeout, Foundation for Economic Education, Patheos, LifeSiteNews, The City, Charisma News, The Green Room, Juicy Ecumenism, Ethika Politika, Made to Flourish, and the Center for Faith and Work. Joseph resides in Minneapolis, Minnesota with his wife and four children.