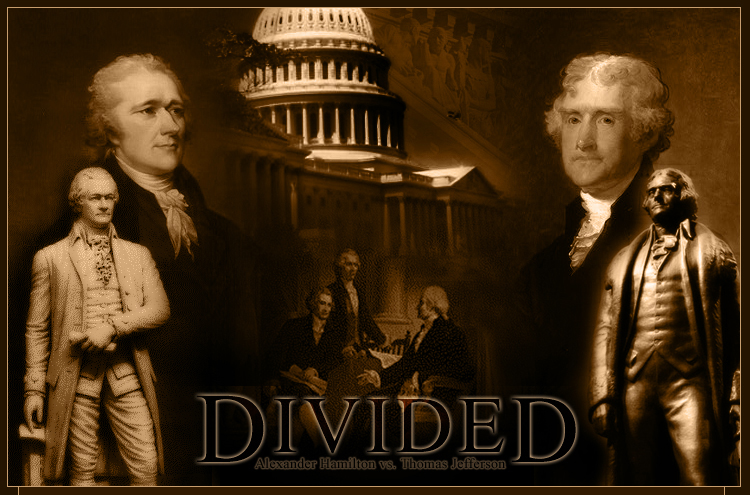 Most Americans think in current terms of Republican vs. Democrat when it comes to party affiliation and policies. We often label Republicans as “conservative” and Democrats as “liberal.” But history has a different story to tell.

On taking office in 1789, President Washington nominated New York lawyer Alexander Hamilton to the office of the Secretary of the Treasury. By 1790 Hamilton started building a nationwide coalition. Realizing the need for vocal political support in the states, he formed connections with like-minded nationalists and used his network of treasury agents to link together friends of the government, especially merchants and bankers.

The Federalist Party was the first American political party, beginning in the early 1790s. The party was built mainly with the support of bankers and businessmen who supported Alexander Hamilton’s fiscal policies. The United States’ only Federalist president was John Adams. George Washington was sympathetic to the Federalist program, but he remained an independent during his presidency.

The Federalist policies called for a national bank, tariffs, and good relations with Britain and a strong central government with heavy government subsidies. Hamilton developed the concept of “implied powers,” and argued for that interpretation of the United States Constitution. Thomas Jefferson and James Madison opposed and denounced most of the Federalist policies, especially the national bank and implied powers as a sell-out of republican values to the British monarchy.

The Federalists won most of the major legislative battles in the 1790s. They held a strong base in the nation’s cities and in New England. The Federalists controlled the federal government until 1801.The Republicans, with their base in the rural South, won the hard-fought election of 1800.

As time went on, the Federalists lost appeal with the average voter and were generally not equal to the tasks of party organization. They became steadily weaker as the political triumphs of the Republican Party grew. The name “Federalist” came increasingly to be used in political rhetoric as a term of abuse. After 1816 the Federalists had no national power base apart from John Marshall’s Supreme Court.

By 1824, the original Republican Party was split four ways. One remnant followed Andrew Jackson and Martin Van Buren into the new Democratic Party by 1828. That party continues today, although its’ present day policies are now quite different. Another remnant led by John Quincy Adams and Henry Clay formed the National Republicans in 1828. It held its first convention in Baltimore in late 1831. By 1835 it had reformed into the Whig Party. The Whig Party fell apart in the mid-1850s because it could not bridge North-South differences on slavery. The Democrats held together by taking positions that favored slavery.

The modern Republican Party was founded in 1854 to oppose the expansion of slavery westward, and into the Missouri Territory which was favored by the Democrats. Its name was chosen in reference to Jefferson’s earlier party. The first official party convention was held on July 6, 1854, in Jackson, Michigan. By 1858, the Republicans dominated nearly all Northern states. The Republican Party first came to national power in 1860 with the election of Lincoln to the Presidency and Republican control of Congress.

This second Republican Party began a new era of federal domination. The new Republican Congress, dominated by the northern manufacturing States, imposed a tariff on European manufactured agricultural implements in an attempt to force the southern agricultural States to buy northern manufactured implements. This, combined with other excessive tariffs and the slavery issue, compelled the southern States to walk out of Congress and seek separation from the union. Thus the bloodiest conflict in American History began. The north prevailed and ushered in a new “federalism” during the “Reconstruction Era.”

Ironically, today’s Grand Old Party, or GOP, is actually the youngest of the two main parties, and present day Democrats, who are sometimes equated with liberalism, began and maintained their party structure by adhering to slavery as an institution. In our current time, both parties seem to espouse the original Federalist doctrine, each in their own way. Democrats afford heavy government subsidies to social programs, while Republicans apply heavy government subsidies to corporations. Both do so with borrowing from a central bank and advance the cause of federalism with an ever expanding concept of “implied powers” and the “federal supremacy” of the central government.

The modern Republican vs. Democrat debate continues in what has been best described as a two-faced one-party system. That system is essentially a federalist party. History shows true republicanism is about principles that are not often discussed today in the popular media.

As the original Republican Party founder, Thomas Jefferson said, “bind them down with the chains of the Constitution.”