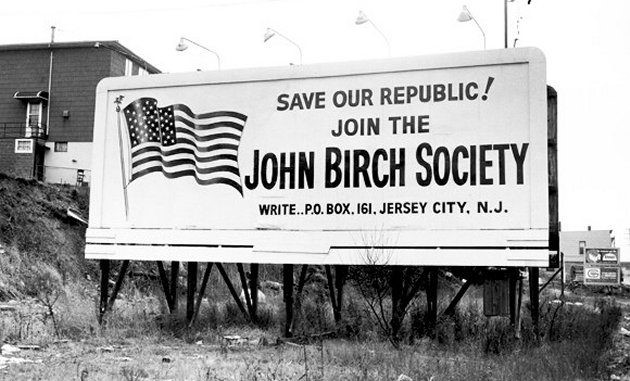 IS IT ANY WONDER, JAMES MADISON, KNOWN AS THE FATHER OF THE CONSTITUTION, DEFINED DEMOCRACY AS, “THE VILEST FORM OF GOVERNMENT”?

After reviewing other articles on the website it became apparent that “progress”, “democratic society”, and “compromise” are the philosophical underpinnings of “Idaho Conservatives”. Before addressing Ms. Ellis-Telford’s derogatory narratives, and the previously mentioned three ideals, a brief observation of the technique of “projection” maybe in order. 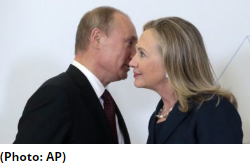 Then Secretary of State, Hillary Rodham Clinton, orchestrating numerous treasonous acts against America, through various “pay for play” schemes involving the Clinton Foundation, such as; Uranium One, selling 20% of American uranium resources to Russia, pays Fusion GPS to create a disinformation report known as the “Steele Dossier” to manufacture the perception that Donald Trump, and his campaign, colluded with Russia, to turn the 2016 presidential election in Donald Trump’s favor. That is projection. It always involves false statements, and the assistance of comrades, to imply a desired perception in the minds of others; diverting away from the real perpetrator(s) their actions and intentions onto another.

Patrick Henry, in his “Give Me Liberty or Give Me Death” speech, defined true Americanism when he said; “For my part, whatever anguish of spirit it may cost, I am willing to know the whole truth; to know the worst, and to provide for it.” Real Americans have always required the whole, hard and fast truth. In the words of Adrian, from the Sylvester Stallone movie “Rocky III”; “We’ve got everything but the truth! What’s the truth dammit!?”

In her article, Ms. Ellis-Telford, uses the term “conspiracy theories” continually. An investigation of the term reveals its origins with the Central Intelligence Agency in 1967, created for the purpose of psychological warfare against the American public to silence all seeking the truth. 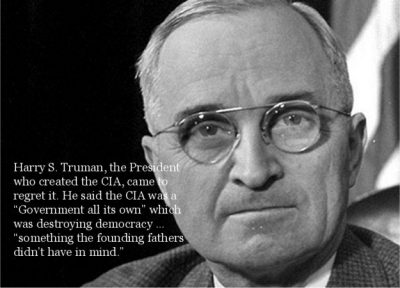 President Harry S. Truman, regretting later in life his role in the formation of the CIA had this to say in his biography; “Now, as nearly as I can make out, those fellows in the CIA don’t just report on wars and the like, they go out and make their own, and there’s nobody to keep track of what they’re up to. They spend billions of dollars on stirring up trouble so they’ll have something to report on. They’ve become … it’s become a government all of its own and all secret. They don’t have to account to anybody.”

In February 1981, President Ronald Reagan, in an initial meeting with his cabinet secretaries asked then director of the Central Intelligence Agency, William Casey, what his objective for that department was. Casey’s response exposes all that is necessary to understand about this agency; “We’ll know our disinformation program is complete when everything the American public believes is false.”

The mission of The John Birch Society is; “To promote less government, more responsibility and with God’s help a better world by providing leadership, education and organized volunteer action in accordance with moral and Constitutional principles.” Each month a bulletin, with an educational article from the CEO, includes action items that members of chapters utilize to fulfill the mission of promoting less government and more responsibility within their communities.

Thomas Jefferson said, “Convinced that the people are the only safe depositories of their own liberty, and that they are not safe unless enlightened to a certain degree; I have looked on our present state of liberty as a short-lived possession; unless the mass of the people could be informed to a certain degree.” Also, “I know no safe depository of the ultimate powers of the society but the people themselves; and if we think them not enlightened enough to exercise their control with a wholesome discretion, the remedy is not to take it from them, but to inform their discretion by education. This is the true corrective of abuses of Constitutional power.”

Regarding moral and Constitutional principles, John Adams, stated, “Our Constitution was made only for a moral and religious people. It is wholly inadequate to the government of any other.” 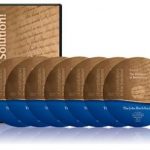 The John Birch Society is action in liberty! Right solutions, based on the foundation of truth, are the hallmark of JBS. Like George Washington, “the Constitution is the guide they never will abandon!” One such resource is a six series DVD presentation entitled “The Constitution is the Solution”; completely full of the Founders’ statements on correct principles of the proper role of government and original intent. Ms. Ellis-Telford is invited to review all six, at no cost, on YouTube.

Ezra Taft Benson was a good Idaho farm boy, from Whitney, who grew up to become an Apostle of the Lord Jesus Christ in this last dispensation of the fullness of times. He also served for eight years, the only cabinet member to do so, as the Secretary of Agriculture in the Eisenhower administration. It was the leadership of The Church of Jesus Christ of Latter-day Saints that counseled him to accept the appointment offered him by President Eisenhower. In fact, President David O. McKay taught, “Next to being one in worshipping God, there is nothing in this world upon which this Church should be more united than upholding and defending the Constitution of the United States.”

All who have listened to or read any of Mr. Benson’s statements and speeches know that the Spirit of Truth was and is manifest. He comprehended and endeavored to teach the proper role of government, as defined in The Declaration of Independence, that his fellow countrymen might keep their liberty and freedom. He could see, and witnessed from the inside, tyrannical forces combining to destroy that God given freedom. He said, “I say to you with all the fervor of my soul that God intended men to be free. Rebellion against tyranny is a righteous cause. It is an enormous evil for any man to be enslaved to any system contrary to his own will. For that reason men, 200 years ago, pledged their lives, fortunes, and sacred honor.”

The “we have to do something” attitude, in pursuit of progress, has led America onto a long, erroneous path! Daniel Webster stated that “A strong conviction that something must be done is the parent of many wrong measures.” The United States, Mexico, Canada agreement (USMCA) is an absolute wrong measure. President Trump was correct to abolish the Trans-Pacific Partnership agreement upon taking office. The objective of NAFTA, GATT, TPP and all other so called trade schemes is to destroy national sovereignty and create regional governing bodies patterned after the European Union.

Here’s Henry Kissinger stating the intent of NAFTA in an op-ed piece published in the LA Times and Washington Post on July 20, 1993; “The revolution sweeping the Western Hemisphere can point the way to an international order based on cooperation. It is this revolution that is at stake in the ratification of NAFTA. What Congress will soon have before it is not a conventional trade agreement but the hopeful architecture of a new international system.”

Richard Haass, president of the globalist think tank, Council on Foreign Relations, tweeted his enthusiasm for the USMCA; “The USMCA looks to be the trade pact formerly known as NAFTA plus 10-20%.” The next day, Haass, tweeted the following; “USMCA is NAFTA plus TPP plus a few tweaks.” The year was 1783, and William Pitt, of the British House of Commons, stated it most succinctly; “Necessity is the plea for every infringement on human liberty; it is the argument of tyrants; it is the creed of slaves.”

Woodrow Wilson taught, “In fundamental theory socialism and democracy are almost if not quite one in the same. They both rest, at the bottom, upon the absolute right of the community to determine its own destiny and that of its members. Men as communities are supreme over men as individuals.”

The War Department’s training manual, published November 30, 1928, thoroughly defines democracy as follows; “A government of the masses. Authority derived through mass meeting or any other form of “direct” expression. Results in mobocracy. Attitude toward property is communistic—negating property rights. Attitude toward law is that the will of the majority shall regulate, whether it be based upon deliberation or governed by passion, prejudice, and impulse; without restraint or regard to consequences. Results in demagogism, license, agitation, discontent, and anarchy leading to tyranny.”

Is it any wonder, James Madison, known as the Father of the Constitution, defined democracy as, “the vilest form of government”?

As the Founders left that convention of conventions, September 17, 1787, Benjamin Franklin, was asked by a lady, “what kind of government have you given us, sir?”; to which Mr. Franklin responded, “A Republic…if you can keep it.” When we pledge our allegiance to the Constitution, in front of the American flag, it is “to the Republic”. Article IV, section IV, of the Constitution guarantees every state in the union a Republic.

Yet Idaho Code, title seven, chapter 13, subsections three and six define a “de facto”, meaning; “actually exists, especially without lawful authority”, agency, corporate democracy jurisdiction hidden in black and white. By the way, regarding seeing things in black and white, John Wayne said it best, “If everything isn’t black and white; I say why the hell not?”

Globalists rely on compromise! It is their dance of two steps forward, one step back; always gaining one step. It is their favorite form of “conservatism”. Today’s conservatives are so fearful of being labeled terms such as “isolationist” they acquiesce to all forms of entangling alliances never authorized or desired by the Founding Fathers.

Citing Washington’s Farewell Address as his inspiration, Jefferson in his 1801 inaugural address said, “peace, commerce, and honest friendship with all nations—entangling alliances with none”. This is independence. It is independence we celebrate every July 4th; not isolationism. Thomas S. Monson eloquently expressed, “The smile of God’s approval is on courage; not compromise.”

The research for this response has been incredibly educational and tremendously beneficial. Ms. Ellis-Telford and all others at “Idaho Conservatives” are invited to follow Patrick Henry’s courageous example and “know the whole truth; and then provide for it”. If not, then Samuel Adams provides the most appropriate farewell; “If ye love wealth better than liberty, the tranquility of servitude better than the animating contest of freedom, go home from us in peace. We ask not your counsels or your arms. Crouch down and lick the hands which feed you. May your chains set lightly upon you, and may posterity forget that ye were our countrymen”.

To learn more about the John Birch Society, please visit their website.