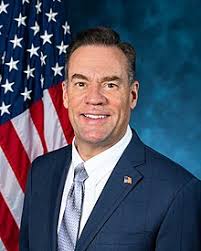 The One Subject at a Time Act requires that each bill covers a single topic, ensuring individual votes on each subject and ending the practice of large omnibus bills.

Omnibus bills are large funding packages that concern hundreds of different government agencies, topics, and interests. Typically, these packages (in 2018, over 2,000 pages) include massive government waste and overspending along with priorities that have broad support by Members of Congress such as, veterans care, funding for homeland security, pay for our military troops, and district programs like PILT. This creates a disingenuous situation for Members and has no doubt been a facet of our exploding $22 trillion national debt.

Congressman Fulcher remarked, “In Idaho, legislative bills are limited to a single subject and are voted on separately. This practice has held every legislator accountable to their constituents because each bill has a separate and transparent vote. As the House of Representatives looks at proposals to modernize Congress, I believe the One Subject at a Time Act needs to be part of the conversation. This proposal will end ‘back room deals,’ large ‘must-pass’ bills, and restore trust in our representative government.”

“This legislation is a good step towards greater transparency in government,” commented Rep. Ralph Norman. “Let’s put an end to the practice of using bills for leverage or as hostage to one another. Every bill should be considered on its own merits, simply put: One subject – one vote.”

“Funding the government is Congress’ foremost responsibility and it should be done as openly and transparent as possible,” added Rep. Scott Tipton. “Unfortunately, the process has been bogged down in recent years by the reciprocal practice of forcing a vote on must-pass spending bills. These massive spending bills are often rushed and packaged with multiple, unrelated appropriations bills that limit transparency to the American public. Passing this legislation will hold Congress more accountable and help restore the broken appropriations process.”

Congressman Mark Meadows commented, “Any time we have an opportunity to move toward a more transparent and accountable Congress, that’s something we need to take advantage of. The One Step at a Time Act marks progress in that direction by simplifying legislation and preventing members from being boxed in by backroom deals with large, must-pass legislation. I’m proud to work with my colleagues on this effort.”

“If our ideas have merit Congress should openly debate them and let them be considered on the House floor in their own right,” said Congressman Bill Posey. “Furthermore, it’s critical for Congress to get back to the practice of passing individual appropriations bills and stop waiting until the eleventh hour to bring up a massive omnibus spending bills that nobody will be able to read.”