GOP Setting Itself Up For Failure… Again 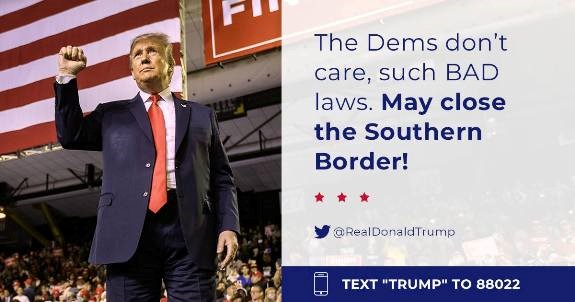 GOP Setting Itself Up For Failure… Again

The Republican National Committee has announced its “Spring Training” meeting and looking at the agenda it appears that the RNC is setting itself for failure… again.

The invitation, addressed to RNC Members and State Party Executive Directors, lists a host of classes, lectures and speeches that are intended to grow state parties, build grassroots organizations at the neighborhood level and train the next generation of Republican leaders.

There is to be a lot of emphasis on technology, with sessions on “Using technology to win tough races” and “Utilizing data effectively in your field operation” along with other technical campaign operations, such as registering new voters.

This is all great stuff, except for one thing – Republicans didn’t lose the House and a number of winnable Senate races in 2018 because they didn’t know how to use smartphone apps to run a precinct operation. They lost because they failed to produce on the Trump agenda and failed to brand the Democrats as dangerous anti-constitutional socialists.

And unfortunately, there’s nothing on the RNC’s “Spring Training” agenda that indicates the GOP learned anything from their 2018 debacle.

Indeed, judging by the rhetoric coming from the Republican Party’s most visible “leader,” Senate Majority Leader Mitch McConnell, the GOP’s leadership is running away from the strategy that would most likely breed success in 2020.

McConnell recently said Republican senators running for re-election next year should not couple their messaging to President Trump but rather run “independent” campaigns built around how they’ve helped their states.

According to reporting by Stephen Dinan and Alex Swoyer of The Washington Times, McConnell said senators’ races are “big enough that they can escape the gravity of the presidential race” and establish themselves on their own.

“Escaping the gravity of the presidential race” worked so well for Kelly Ayotte, Martha McSally and Leah Vukmir that McConnell wants to try it again in 2020.

McConnell also said Republicans must — and can — reverse disastrous losses in the suburbs that cost them their House majority in November’s elections.

“There’s no good reason for your typical suburban resident to be frightened by this Republican Senate,” he told reporters in a briefing on policy and politics as the 100-day mark of the new Congress approaches.

Translation: Since McConnell’s Republican Senate Majority hasn’t really done anything on the agenda that won the GOP the White House in 2016, there’s nothing to fear.

What McConnell is suggesting is the same thing that establishment Republicans plan to do every election – ignore the winning wedge issues (protecting the border, the Second Amendment, national security, law and order and the right-to-life) and run a content-free campaign while the Democrats pound them on pushing Grandma off a cliff and corporate giveaways and promise free stuff for everyone.

While Democrats are defining themselves Leftward and embracing hard ideological positions, there’s nothing in what Mitch McConnell wants Republican Senators to campaign on or what the RNC plans to talk about in its “Spring Training” session that will brand the Democrats and turn-out conservative voters.

Rush Limbaugh had an excellent (as usual) segment on the Democrats marketing problem – and it wasn’t about learning how to use your smartphone – here’s what Rush said:

Abnormality is becoming the norm in the Democrat Party, and really it’s been a push for the last 35 or more years, and this is how the Democrat Party is being tugged and yanked and pulled all the way to the radical left by Twitter, and they make the mistake of thinking that whatever their base is on Twitter is a representation of middle class mainstream America.

One more, folks. New York assembly Democrats voted 15 to 11 to block a bill that proposed expanding college tuition and aid for children of deceased and disabled military veterans in the wake of approving a state budget that set aside $27 million in college tuition aid for undocumented immigrants.

And they say Trump has a marketing problem.

To paraphrase what CHQ Chairman Richard A. Viguerie said in his book TAKEOVER, our country didn’t get into the mess we’re in because of the policies and skills of Barack Obama, Hillary Clinton, Nancy Pelosi, or Chuck Schumer.

Donald Trump and his election-winning agenda are not the problem. The people who are responsible for handing power to the liberals in 2006, 2008, 2012, and 2018 are the Republican establishment: Mitch McConnell, Mitt Romney, Kevin McCarthy, Steve Scalise and other establishment GOP leaders.

The disastrous policies of the Big Government Republicans and their content-free campaigns caused the voters to want to fire Republicans in 2006, 2008, 2012 and 2018 —and certainly are giving voters little or no reason to hire them in 2020.