Former Idaho Sen. Dan Foreman on the Viciousness of the Dem’s Voting Tactics 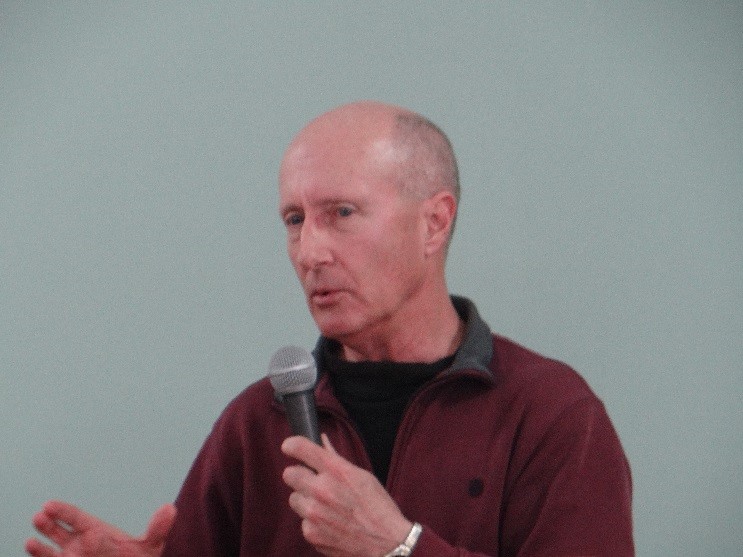 Former Idaho Sen. Dan Foreman on the Viciousness of the Dem’s Voting Tactics

At the recent Jefferson Madison Day Brunch in St. Maries, Idaho, Former District 5, State Senator for Benewah and Latah Counties Dan Foreman reported on his unsuccessful re-election campaign last year where he won all the precincts in Latah County but the Moscow precincts.  He said when all was said and done, even considering the dirty politics, he was only about 300 votes behind.

Then the absentee ballots came in with a 4 to 1 ratio for Latah County Democrats, which was stunning.  Forman said “Now, I’m not saying anybody’s breaking the rules or anything but I’m not saying they’re not. It’s a statistical aberration and it seems to happen over and over and over.  We need to focus on that. We need to start winning those absentee votes and I don’t know why we are not. We spent a lot of money on that and we got a thousand votes and they got almost 4000. Something’s not right there.”

Forman said he was told that professors were promising students a higher grade if they voted against him. “They also threw a free party for students if they voted against me with free busing to the polling place. In the last 30 minutes of the polling session they stormed the polls with hundreds of college students. How many of those students were legal to vote in that district? Who knows? This concept of same-day registration is wrong and we need to stop that. There is no way to vet those people. Pretty much anybody with an ID can walk in and say ‘Hey, I want to register to vote,’ and that is what was going on. It’s unprecedented, they were lined up around the building.

“Another thing we noticed was outside money. They were running attack ads, 90% of which had false information in them around the clock, 24/7. They obviously got lots of outside money to sabotage our campaign. I’m kind of proud of that on the one hand because they must have really been afraid of me. My message was pretty simple, Christian, conservative republicans. Whether you like it or not that’s what America is all about. They hate what we stand for. The hatred, the anger, the bitterness, the ungodliness and the absolute rage that I experienced at the hands of these people was a little unnerving.

“I’m a retired street cop and a retired Air Force combat vet.  I’m no wallflower, I’ve been around a little bit.  But this was worse than I expected. What I’m getting at here is, if we’re are going to win elections we need to be aware of what is going on. There should be no more Mr. Nice Guy or we will lose. Also, when we win that’s not enough. When our legislators go down to Boise, for crying out loud, why don’t they vote like conservatives? Why don’t they remember who sent them there and why?

“It’s disgusting what I’m seeing. I don’t mean to sound bitter.  I’m not bitter, I’m concerned. That’s why Hari asked me to mention these things. This is what we experienced. Yes we have a republican legislature in name only.  We’re losing Idaho. The next thing you’re going to see I think are Red Flag Laws and things of that nature. And if you’re following the news on New York State and their horrible abortion situation, guess what’s coming to Idaho? They’re going to try that here. So we need to get street smart and fight these people at the polls and win.  Then when we get in office, we do what we should do, because they’re coming for us.

“I’m a pretty good read as to what I saw out in the field and it really amazed me. They are energized, they are well funded and they hate everything we stand for. This is war. I know that doesn’t sound like your stereo typical politician, but it’s time to get rid of the politicians and get some ordinary people into office. People with some morals, some values, some patriotism with some decency or we can kiss this whole enchilada goodbye because they’re coming.”