The solution is a broad rejection of the “centralizing perspective” that threatens to bring America closer to the dystopian world of ‘V for Vendetta’. 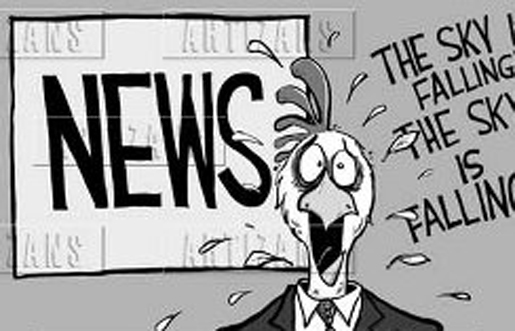 “V for Vendetta” Shows How Crises Are Exploited to Destroy Liberty

The solution is a broad rejection of the “centralizing perspective” that threatens to bring America closer to the dystopian world of ‘V for Vendetta’.

If The Road to Serfdom is the defining polemic on how a totalitarian regime develops, V for Vendetta is its comic-book movie counterpart. It tells the story of a masked revolutionary fighting a tyrannical government.

Underneath its bloody theatrics and winsome hero, the movie tells the story of how totalitarian regimes form amidst formerly free and functional republics. In the movie, government officials manufacture a biological weapon and foment conflict to justify a swift power grab in the supposed best interest of the people. Throughout the movie, a theory of government undergirds the regime’s actions with the state seen as the best option for ameliorating any wrongs.

In the opening scenes of V for Vendetta, the vigilante places explosives and destroys a prominent building in the London Metro area. After the blast, the High Chancellor convenes a meeting of high ranking government officials. He concocts 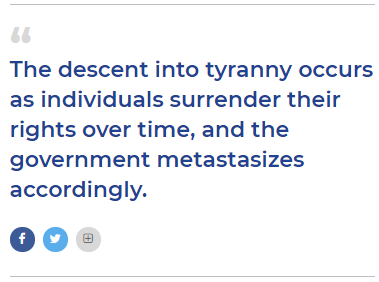 a lie to disseminate to the populace, hoping to placate their fears and maintain their trust. The descent into tyranny occurs as individuals surrender their rights over time, and the government metastasizes accordingly.

The media must make the explosion seem like a deliberate act of the government and, concurrently, warn the population about the risks of “clinging to the edifice of a decadent past.”

According to The Road to Serfdom, the descent into tyranny occurs as individuals surrender their rights over time, often apathetically, and the government metastasizes accordingly; eventually, a corrupt individual assumes the head of a bloated government and can reign with absolute power. Conversely, in V for Vendetta, it’s an immediate release. In the dystopian world, government agents and corrupted doctors work to manufacture an epidemic to create a crisis in their country. Seized by fear, no one questions when the police implement curfews, individuals disappear in the night, and every source of media comes under the control of the authorities.

Like Britain in the movie, America today faces numerous challenges. Politicians recommend government as the solution to our crisis: a single-payer system guarantees healthcare to all, proper regulations canguarantee clean water and air, and only (more) regulations can curb gun violence. In each case, in the face of every crisis, it is the government’s responsibility—not individuals or institutions—to correct every wrong. 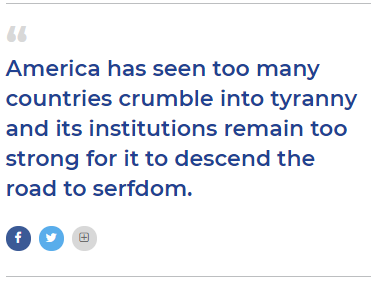 portrayed to elicit fear.America has seen too many countries crumble into tyranny and its institutions remain too strong for it to descend the road to serfdom.

Politicians like Alexandria Ocasio-Cortez warn that climate change will end the world. The media describe a “gun violence epidemic” that requires bold political actions—despite the steady declineof gun violence. If these facts were true, if the world faced an apocalyptic tsunami in 12 years, it might be reasonable to retrofit every building in the United States for green energy. If gun violence truly was an epidemic, perhaps, to some, it would justify repealing the Second Amendment, as some are advocating.

America, to its credit, has seen too many countries crumble into tyranny and its institutions remain too strong for it to descend the road to serfdom on such flimsy evidence, as the Britain of V for Vendetta did. Instead, should it happen, the road will likely follow one which C.S. Lewis describes as “the gradual one—the gentle slope, soft underfoot, without sudden turnings, without milestones, without signposts.”

At first glance, the average viewer may consider the relationships between the #resistance and Trump to be the most accurate analog to V for Vendetta. To an extent, this analysis is valid; Trump’s populist tints and distaste for immigration mirror the rhetoric of the film’s antagonist, high chancellor Adam Sutler. However, the film’s vigilante hero is an avid anarchist and it is from this often overlooked detail that the film’s true comparison can be drawn.

Though one can find personal similarities between Trump and Sutler, it is the centralizing tendencies of the left and their philosophy of government—not Trump and his populism—that offer the better parallel.

We see in V for Vendetta that the reigning officials have little regard for any historical institutions that may have brought the country to prosperity, even insinuating that they are inherently immoral. This mirrors the left’s current distaste 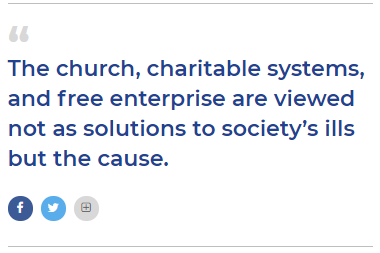 for Western society. Statues of former leaders are removed and defiled. The church, charitable systems, and free enterprise are viewed not as solutions to society’s ills but the cause.

Christopher Columbus is subjected to a yearly vituperation on the day which carries his name. The canon of Western literature is slandered as racist and removed from school curriculum. The individuals and culture that created America’s exceptionalism are no longer ideals to be venerated but oppressive systems to be deconstructed. The church, charitable systems, and free enterprise are viewed not as solutions to society’s ills but the cause.

Each of the similarities mentioned—crisis, the government as protector, and the denigration of private institutions—brings out a theory of government and society endemic to the American left. From any issue, the government is set forth as the means to solve it. From jobs to schools to health care to the environment, only regulations and in some cases direct control—not innovation and personal choice—offer the means to address our challenges.

In The Road to Serfdom, Friedrich Hayek cautions that an ever centralizing government can only lead to tyranny. V for Vendetta, then, stands as a cogent warning against this tendency.

In a speech to the populace, the protagonist of V for Vendetta says that “fairness, justice, and freedom are more than words; they are perspectives.” 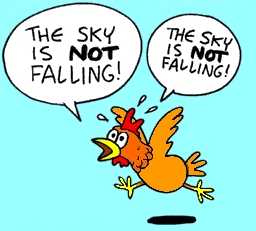 In contrast to the authorities in V for Vendetta, the populace and our officials need three things to counter the three elements of what could be called this “centralizing perspective”: an accurate judgment of the issues, an understanding that the best course of action is likely not through government intervention, and, finally, seeking solutions in the individuals and institutions that have served the nation.

The solution is not a reactionary action but a broad rejection of the “centralizing perspective” that threatens to bring America closer to the dystopian world of V for Vendetta.

Daniel Buck is an educator in an urban school in Wisconsin with a master’s degree in Curriculum and Instruction from the University of Wisconsin – Madison and an editor for the website Lone Conservative.