The Hidden Costs of the Minimum Wage 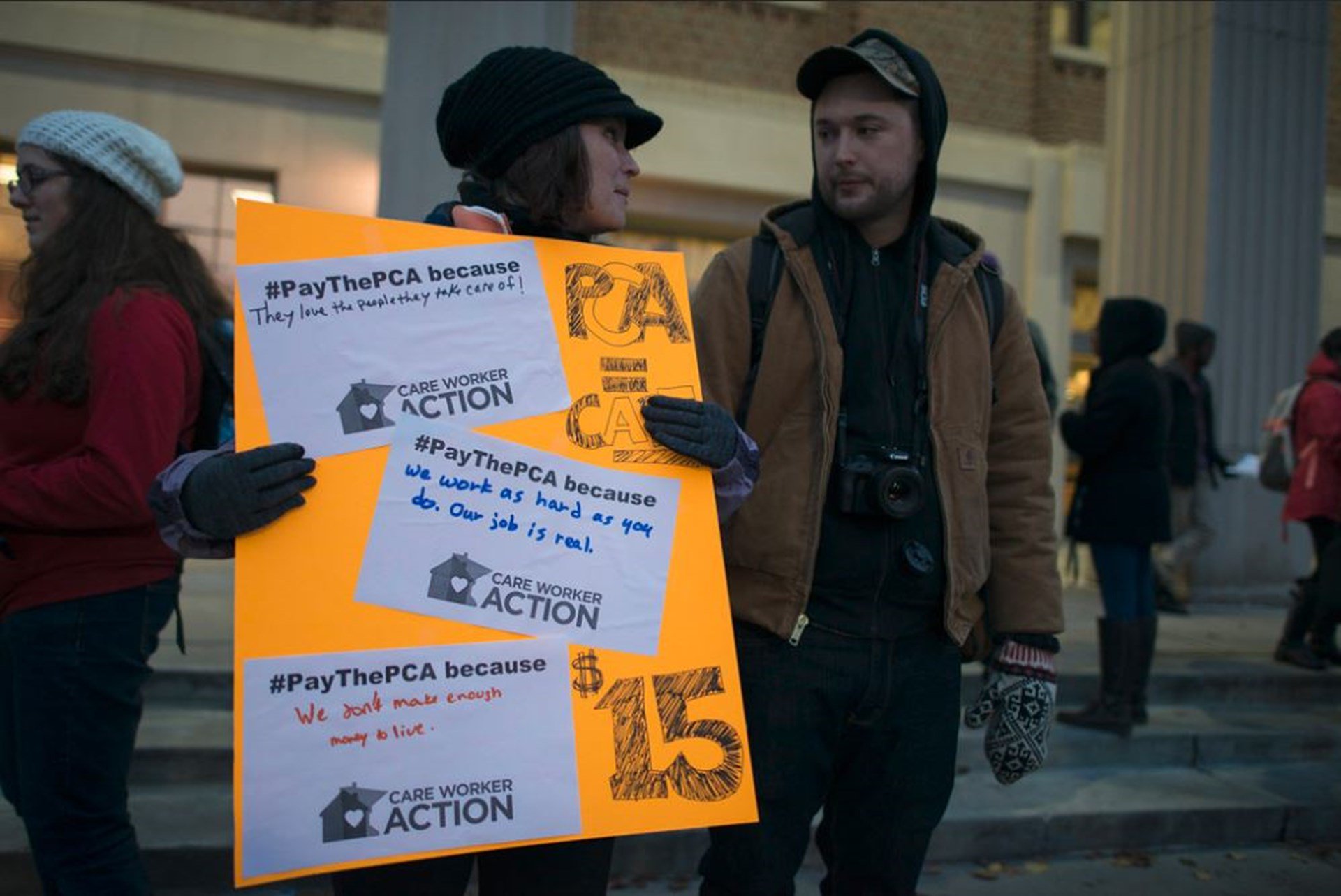 The Hidden Costs of the Minimum Wage

Minimum wage proponents mean well, but the unintended consequences hurt the worst-off the most.

The House of Representatives recently took up the Raise the Wage Act, which would more than double the federal minimum wage to $15 an hour over the next five years. The debate among economists over the impacts of minimum wage increases on employment is still ongoing, even as there is widespread agreement that low-income families need support. But often lost in these arguments over the number of jobs is a more important question: who benefits and who is hurt by this policy?

When debate focuses on the total number of jobs lost or gained, it hides this potentially nasty distribution of the benefits: a recent college graduate with a barista job may get a few more dollars an hour, but the high school dropout finds it harder to get and keep a job. Those who have the least to offer employers, might need more training, or are the biggest risks to hire will face the toughest challenges.

Some opponents of higher minimum wages skip over the fact that some people absolutely would benefit. Those who get and keep these higher-paying jobs might be winners, seeing an increase in their take-home pay.

The damage takes time to be seen, which is one reason minimum wage hikes, like rent control, often seem appealing.

But those gains have offsetting losses that could either reduce that gain or even reverse it.

My research shows that when the minimum wage is raised, employers offset increased labor costs by reducing benefits like the generosity of health insurance. Other benefits, like free parking or flexibility in scheduling, are more difficult to measure but are also likely to be cut back. Employers will likely expect more work effort when they are forced to pay more, changing the nature of jobs. And in the longer run, economists have found that employers shift towards automation and expecting customers to do more things themselves—reducing job growth in ways that aren’t always obvious. This damage takes time to be seen, which is one reason minimum wage hikes, like rent control, often seem appealing.

And then there are those who would definitely lose because they can’t find work, and they aren’t likely to be picked at random. The minimum wage is a blunt instrument. It doesn’t distinguish between types of workers and the households they come from. The teenage children of well-off families, earning money to buy video games, are treated the same as single moms struggling to get by.

When wages are set at an artificially high rate, why should an employer take a risk on the single mother who needs the occasional shift off to take her kids to the doctor? The kid from a disadvantaged background who needs some direction on how to treat customers appropriately? Or the recently released felon trying to work his way back into the community? Why should employers bother with them when there are plenty of lower-risk people who are willing to work at those artificially high wages?

Recent evidence from Seattle’s minimum wage increases show that it’s precisely the most inexperienced workers who struggle the most in the face of high minimum wages. We should never minimize the struggles of low-income families to get ahead. But good intentions are no substitute for good policy.

And another line of my own research finds that minimum wage increases cause employers to shift towards workers with more credentials.

It will get much worse in the next recession. The economic expansion over the last decade has allowed employers to absorb much of the cost of increased labor market regulations, but a downturn will quickly force them to cut jobs that are marginally productive only in good times. Those at the margins of the workforce will be left further behind. Low-wage jobs aren’t easy, don’t pay well, and are rarely fun. But not being able to find work at all is far worse.

Despite the lowest unemployment rates in decades, only 39 percent of adults without a high school degree had a full-time job in 2018 – and among young African-Americans dropouts, it’s a shocking 26 percent. It’s hard to believe that the best way to help them find work and start climbing the job ladder is to put the first rung out of reach, making it difficult for them to find work and driving them to illegal employment with few protections.

A national minimum wage of $15 per hour ignores the wide variation in labor markets and the cost of living. Even in high-wage New York and California, half of hourly workers outside of metropolitan areas earn less than $15 an hour. Nineteen states, including Texas, have median hourly wages below $15; outside of large cities in Minimum wage proponents mean well, but the unintended consequences hurt the worst-off the most.

Texas, 60 percent of hourly workers earn less than $15. A uniform minimum wage at such an unprecedented level, far beyond historical norms, would cause real damage to inexperienced and low-skill workers—especially in areas in desperate need of more opportunities.

Advocates are absolutely correct that we have to do something to help low-income families. Other policies, like the Earned Income Tax Credit, are better targeted and much more effective. By transferring money to low-wage workers in low-income households, these kinds of programs get funds to those who actually need them without reducing employers’ incentives to hire.

We should never minimize the struggles of low-income families to get ahead. But good intentions are no substitute for good policy. Minimum wage proponents mean well, but the unintended consequences hurt the worst-off the most.