Success in the Capitol—A hard battle! – From: Rep. Heather Scott

Success in the Capitol—A hard battle! 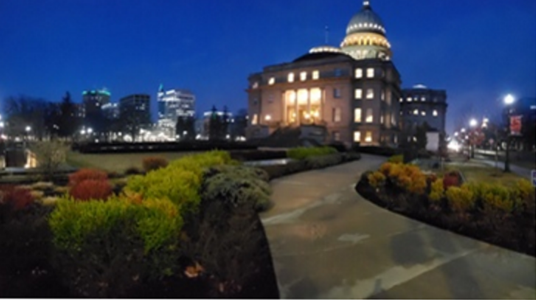 We are in the last few days of the 2019 legislative session where enthusiasm has been drained, tempers are short, and unfortunately bad legislation can slip through the system unchallenged. Legislators are tired and ready to exit “the swamp”.

The final fight over the administrative rules process continues. The House returned the “year end accept-all-administrative-rules” bill back to the Senate with an amendment. The amendment was very similar to a bill passed by the House earlier this session that would have required both House and Senate to approve a rule before giving it the full force of law.

Currently, one chamber is allowed to approve an administrative rule, while other laws require both chambers to approve them.  This year, the House rejected several administrative rules from the executive bureaucratic agencies, just to watch the Senate approve the same rules we rejected. The majority of Representatives believe that both bodies need to approve a rule, not just one. The Senate apparently believes they are superior to the House and if they think a rule is ok, it should have the full force of law.

What sparked this new amendment?

Last summer under the previous governor, an administrative rule that allows a person to change their sex on birth certificates was slipped through the process without a public hearing. The rule went into effect April 8, 2019 and was deemed an “emergency”. It allows Idaho citizens to change the “sex” on their record of live birth if they believe they are now a different gender. The addition to the rule was titled “Gender identifier” and the justification was a lawsuit and a judge’s ruling. Many states have submitted to this nonsense but have only made this option available when the sex has actually been changed by a surgical procedure and a court order has been issued to change the certificate.  There are about 53 genders defined that are eligible to be placed on an Idaho birth certificate.

The Idaho legislature has the opportunity to review all administrative rules, open the rule up for scrutiny, conduct a public hearing and ultimately accept or reject the rule. This year, Representative Fred Wood, the chairman of the House Health and Welfare Committee, refused to put this “gender” rule on the agenda and held it in his desk drawer. The Senate Health and Welfare chairman, Senator Fred Martin did the same, refusing to address this issue. (A mini monarchy I talked about earlier in an op-ed—Who made them Kings?)

My limited options to address this broken process were to run a personal bill to reject this rule or try to attach it as an amendment to another bill. Both attempts were unsuccessful, however, thanks to the efforts of concerned citizens, this rule will be revisited by the Department of Health and Welfare on May 16th at a public meeting in Boise.

Hopefully the Senate will agree to have all rules approved by both chambers before they can have the full force of law. This is the only way to prohibit the executive branch from creating law in the future. 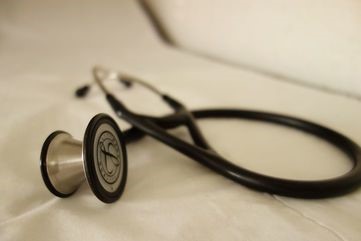 The big looming issue of Medicaid Expansion is over. Expansion of free healthcare for people between 100-138% of the poverty level has been funded for the year. There was a bill to add work requirements for those choosing to join Medicaid who were abled bodied adults that can work. Work requirements included working, training or volunteering at least twenty hours per week, enrolled at least half-time in postsecondary education or an education program, or meeting a combination of these.

There is also a provision that if you are on the state exchange program and do not want to go on the healthcare-welfare program, you can stay on the exchange. It has been debated for weeks in legislative meetings and finally passed and was signed by the Governor. Exemptions for work requirements include: a person under the age of nineteen or over the age of 59, physically or intellectually unable to work, pregnant, a primary caregiver who meets certain requirements, someone applying for or receiving unemployment compensation and complying with work requirements, someone applying for social security disability benefits, and several others Basically, almost every situation is exempt from the work requirements unless you are 100% healthy and simply do not want to work. Who and how that is monitored will add to the Health and Welfare’s Department’s ever-growing bureaucracy.

For anyone who thinks healthcare is free, the expansion will cost Idaho dearly and is one step closer to socialized health care for all. The total Medicaid budget for the year is $2.83 billion, and $197 million of that will cover Medicaid Expansion. The money will have to come from somewhere…savings, schools, roads….

Stay tuned for my final year end newsletter with a summary of what happened over the past 3 months here in Boise!