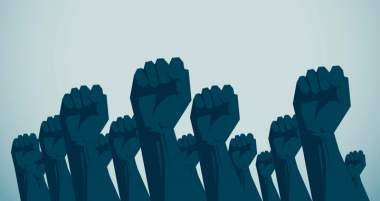 Such is the leftward lurch of the party that its “moderates,” such as they are, believe the out-and-out kookery voters are hearing from Democratic presidential candidates will lead, as the Washington Post put it, to “disaster” in 2020.

Thus are the “moderates” desperately trying to inject at least a few sane ideas into the coming debate over who will face President Trump next year.

Problem is, the “moderates” don’t seem to understand how far out the party is, and how much control the radical fringe has, if what the Post reported as their concerns is correct.

Taxes and the Environment
The Post correctly reported that moderates believe “the latest wave of far-left ideas … could lead to electoral disaster in 2020,” and say the moderates offer ideas not nearly as nutty as those from Representative Alexandria Ocasio-Cortez (D-N.Y.) and her mentor, communist apologist Senator Bernie Sanders (I-Vt.).

“Environmentalists are drafting alternatives to the Green New Deal,” the Post reported. “Candidates who have endorsed Medicare-for-all are open to backing more incremental plans. And the economic strategist who helped steer the last two Democratic presidents is warning that liberal tax proposals could backfire.

“Moderates” such as failed Senate candidate “Beto” O’Rourke, former Vice President Joe Biden, and Senators Amy Klobuchar of Minnesota and Michael Bennett of Colorado “all have promised campaigns that will appeal to liberals without dramatically expanding the federal role in the economy.”

Thus, “instead of the government health care for all proposed by Sen. Bernie Sanders (I-Vt.), they are pushing public options or marginal Medicare expansions. Instead of colossal government spending to solve climate change, they are offering market-based solutions. Instead of heavy taxes on the ultrarich, they are focused on closing loopholes and expanding tax breaks for the middle class.”

The Post noted that “moderate voices were sidelined in the first months of the 2020 campaign by a group of charismatic liberals who have found traction … with policy ideas far more disruptive than anything ever embraced by former president Barack Obama, the party’s longtime standard-bearer.”

Biden, the Post reported, is the “strongest counterweight to the liberal energy” and flatly stated that attacking the wealthy won’t solve anything.

Bidenites want to advance alternatives to the radical socialism of, for instance, Sanders and Warren.

How Radical Is the Party?
But the Post piece focused principally on healthcare, the environment, and the economy, and ignored the party’s radicalism on the social issues.

The party resolutely opposes bills that would stop infanticide. Democrats in the House and Senate have, on 10 occasions, blocked legislation that would criminalize murdering infants who somehow survive an abortion.

The party has also thrown in with LGBTQ lobby. Democrats in the House want to amend the Civil Rights Act of 1964 to include “transgenders” as deserving protection from “discrimination.” The bill would require public schools to give boys who claim they are girls access to locker rooms and girls’ sports teams.

All of the serious Democratic presidential candidates support a bill that would “study” reparations for slavery, a plainly stupid idea that most voters oppose, polls show.

Why the Post didn’t mention those matters is anyone’s guess. Yet a good guess might be that the Democrats are so far gone on infanticide, deviant sex, and racial socialism that advocating them doesn’t seem all that radical. Thus the focus on what “moderates” think are the real problems: Medicare for All, the new Green New Deal, and ruinous taxes on the wealthy and productive.

In other words, the “moderates” the Post describes might be wasting their time. To the degree they support infanticide and racial socialism and deny the reality of biological sex differences, they are part of the problem.

Beside that, calling O’Rourke a moderate rather explains how far gone the party and its media auxiliary are as well. In addition to supporting reparations for slavery, he wants to tear down all barriers between the United States and Mexico.

Party Like It’s 1972
As The New American reported on Wednesday, old-time Democrats are indeed worried about a repeat of 1972, when President Richard Nixon shellacked George McGovern 49 states to one, 570 electoral votes to 17.

Echoing MSNBC’s liberal talker Chris Matthews, Democrat Larry Summers, former secretary of the treasury, says the party, as the Post paraphrased his view, “has been down a similar road in the past, with painful results.”

Because of their anger at Nixon and disappointment in Hubert Humphrey’s performance in 1968, Summers said, Democrats “gravitated to radical redistribution economic policy, focused on turning out their activists and failed to focus on the middle. The result was the political catastrophe of Richard Nixon’s reelection.”

Maybe 2020 will be another “catastrophe” and end in the reelection of Donald Trump.