Communist Chinese Moving Into the Caribbean 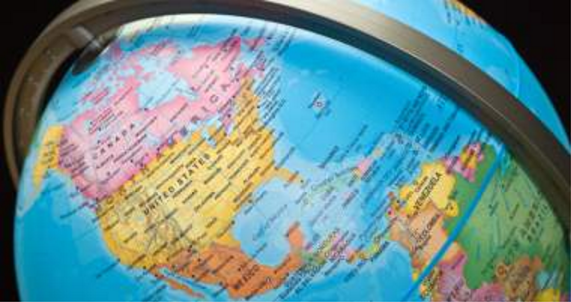 Communist Chinese Moving Into the Caribbean

“Not since the Cuban Missile Crisis in 1962 have we had such an enemy present in our own hemisphere,” Fox Business anchor Trish Regan said on her April 5 program. She was referring to the growing moves of Communist China into what has been called the ‘soft underbelly’ of the United States — the Caribbean Sea.

During the Cold War, President Ronald Reagan dispatched troops to overthrow a hard-line Marxist-Leninist regime in the Caribbean island nation of Grenada in October 1983. Reagan justified the invasion because of 600 American medical students on the island, saying he feared a repeat of the Iranian hostage situation, which had occurred in November 1979. The Communist government of Grenada had openly stated that that was a possibility.

Since that time, the Caribbean has been relatively quiet (the date of the U.S. invasion is now a national holiday in Grenada), but now there are fears that the Communist Chinese are attempting to turn the Caribbean into a Chinese lake. Only 55 miles east of Palm Beach, Florida, on Grand Bahama Island, a business based in Hong Kong (now controlled by the Chinese Communists) is spending $3 billion on a deep-water container facility, known as the Freeport Container Port.

The concern is that the port will eventually become a Chinese naval base when the Caribbean island nation is unable to repay the loan. At that point, the United States will have to contend with warships of a Communist super-power in our own region. Lou Dobbs raised the concern on his popular Fox Business Network program on April 4, stating: “China and Russian are engaging us in almost every quarter in this hemisphere. Russia and China in Venezuela, but China throughout the hemisphere and throughout the Caribbean.”

The Freeport facility’s stated economic purpose is to take advantage of the increased traffic expected after the recent expansion of the Panama Canal. But it is feared that this Chinese loan will lead to a repeat of what happened in Sri Lanka. There, the port of Hambantota was turned over to the Chinese with a 99-year lease, when that project defaulted on the high-interest loans they had received from the Chicoms.

Of course, the Chinese already have military forces in the Communist nation of Cuba, only 90 miles off the coast of Florida. They are stationed at facilities at three locations in Cuba once held by the Soviet Union. From there, it is believed they can intercept intelligence signals from the United States. Senator Marco Rubio (R-Fla.) has referred to the installation at Bejucal, south of Havana, as a “Chinese listening station.”

Senator Cory Gardner (R-Colo.) told the Washington Examiner, “China’s goal is to displace the United States, and they can do that by wreaking havoc in the Western Hemisphere.”

China supports Venezuela’s Marxist dictator, Nicolas Maduro, who has been holding onto power despite the decision of President Donald Trump and other Western nations to recognize Maduro’s opponent, Juan Guaido, as president instead.

Gardner warned, “The more China becomes intertwined with our Western Hemisphere nations, the more likely it is they can surveil, they can monitor, they can surround the United States.” Gardner is a member of the Senate Foreign Relations subcommittee on the Asia-Pacific Region.

Evan Ellis, a Latin American analyst at the Center for Strategic and International Studies, and a professor at the Army War College, told the Washington Examiner, “The level of actual Chinese influence and power across the Western Hemisphere right now is far, far greater than it ever was with the Soviet Union in the Cold War.”

The totalitarian control that the Chinese communists exercise over their own people is immense, and they appear ready to export that technology into the Caribbean region. ZTE — an international telecommunications giant that is tied directly to Chinese intelligence agencies — allows the Chinese government to closely monitor its own population, even enabling them to punish such activities as trivial as cigarette smoking.

ZTE has sold this technology to the Venezuelan socialist government, having previously done the same with the Iranian regime. ZTE uses a “smart card” that reportedly includes detailed information on the controlled population, and the card is necessary to gain access to social programs, even to the distribution of food and money. This sounds eerily like the dictatorial government described in the Book of Revelation as “the Beast.” According to Revelation 13:16-17, “And he causes all, the small and the great, and the rich and the poor, and the free men and the slaves, to be given a mark on their right hand or on their forehead, and he provides that no one will be able to buy or sell, except the one who has the mark.”

Or a smart card, evidently.

As Dobbs said on Fox, “The entire hemisphere is on fire.”