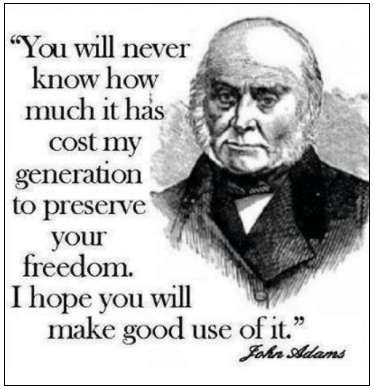 While George Soros is known to heavily fund progressive agendas, there is another billionaire whose goal is to fund environmental causes, Hansjörg Wyss.  A native of Switzerland who now lives in Wilson, Wyoming, Mr. Wyss made his fortune in medical research and his medical device manufacturer Synthes.

Mr. Wyss created the Wyss Foundation for philanthropy, conserving land as a primary focus, and millions of dollars have been given to non-governmental organizations (NGO) for that purpose.  So invested in this goal, last year Mr. Wyss dedicated $1 billion to save the earth Wyss Campaign for Nature program.  The end objective is to “…help conserve 30% of the planet by 2030″…with “…lands and waters…” protected best through national parks and wildlife refuges.  Under the falsehood that Mr. Wyss claims this protection agenda is best if  “driven by folks who live in these communities”, he is actually referring to all the minion NGOs that are recipients of his money.  Wanting to stay in the action, Mr. Wyss himself is on the governing council of the Wilderness Society.

What does this have to do with Idaho?  The stated Wyss Foundation purpose is giving “donations to grassroots organizations that work to protect open spaces on public and private lands” in the United States, including the Rocky Mountains.  Hmm, that makes Idaho a primary target.  All of the following groups, along with many others not mentioned, received money from the Wyss Foundation for that purpose.

It is always fun to find out what is really happening by looking at tax forms.  In this case, the Wyss Foundation tax forms reveal interesting information.  Most of the foundation tax forms show heavy investments in all years for profit, and list assets over $2 billion dollars from at least 2014.

As early as 2001, the Idaho Conservation League (ICL) received a $75,000 donation as seen in the Wyss 2001 tax form.  Another benefactor was the Greater Yellowstone Coalition (GYC), known for targeting Idaho land for protection, in the amount of $100,000.  The Nature Conservancy of Idaho received $30,000, and the Winter Wildlands Alliance (WWA) located in Boise received $40,000.  While the WWA presents itself as an advocate of snowmobiling, it is really about advancing the dictatorship of where snowmobiling is allowed, and influencing forest service decisions for non-use.  WWA is also a partner with ICL and corporations,

In 2010, the Wyss foundation lists total assets over $136 million.  ICL received $202,800 and the GYC $75,000.  A $4 million plus loan was given to Western Rivers Conservancy for land acquisition, having succeeded in past acquisitions along the Salmon River, and having current Idaho targets for acquisition.  Remembering The Nature Conservancy (TNC) business is land acquisition through conservation easements, and who are very active in Idaho, an astonishing amount of $14,442,400 was given to The Nature Conservancy of Montana.

By 2014 net assets for the Wyss foundation were over $2 billion.  ICL benefited in the amount of $190,000, GYC $127,800.  Western Rivers Conservancy received an alarming $6,100,000. The Trust for Public Land took a loan from the foundation for $906,000, in which the Bureau of Land Management partners for purchasing land for “recreational” access, or retiring resource extraction.  TNC received a donation of $44 million!

2015 and 2016 donations from Wyss included Backcountry Hunters & Anglers, National Wildlife Federation, Sierra Club, and Trout Unlimited, each receiving $52, 800.  Mr. Wyss must believe in donation recipient equality to some degree, but other NGOs received so much more.

In 2015, the tax form lists the two largest program related investments made by the foundation were in conservation land holdings for over $76 million.  TNC received a whopping $9,237,734,000, Trout Unlimited $250,000, and the Western Rivers Conservancy $1 million.  Looks like there was not enough money left for ICL or GYC this year.

In 2016, TNC held loans of over $4 million dollars for inholding acquisition.  Basically inholdings are private land near wilderness areas that “fragment” federal ownership, so the land is bought to eliminate the fragmentation, making federal land ownership more seamless.  A full explanation on wilderness inholdings can be found here.  That’s right, a way in which to beef up federal land ownership, but this is not to suggest why TNC inholdings are acquired or how they are used.  However, land bought by TNC through Wyss donations is then owned by Wyss, or sold to the federal government.

In 2017, with assets over $2 billion dollars and heavy investments for profit, with a couple TNC loans amounting to over $3 million dollars for land acquisitions, the tax form lacks in individual contributions made to NGOs.  The 2017 tax form isn’t available on the ICL website and tax forms prior to 2014 have to be requested.  What are they hiding?

For Idahoans who are members of ICL, they might be interested to know ICL is selling Idaho out to a foundation that wants to do nothing more than fund land takeovers.  More appalling is the amount of money being poured into multiple NGOs for the same purpose, provided by a narcissistic man who believes he can own the planet, and a government that is doing the same.

For these NGOs that tout the need to protect land for “future generations”, this concept is not original.  America’s founders understood man’s greed and built our Republic on a foundation that was intended to protect our freedom and property rights.  It is time for all Idahoans to meet with their county and state representatives and create laws that protect Idaho land from these threats.  Don’t squander the gift we were given, rather make good use of it.