Now it should be Mueller investigated 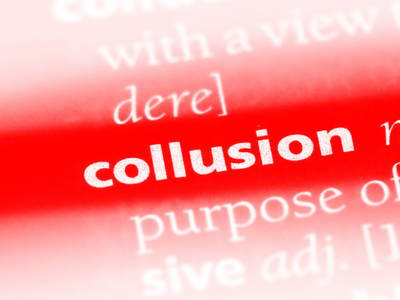 As the world eagerly awaits to learn the findings of Mueller report, into Russian collusion and the Trump campaign; Matt Snape argues, that there should be a fresh investigation into those who really colluded with Russia – Barack Obama and Hillary Clinton.

Now it should be Mueller investigated

Russian collusion has dogged the Trump administration before day one even started, when the President’s predecessor, Barack Obama, called out the Russians for ‘interfering’ in the 2016 U.S. Presidential Election during his final days in office.

Yet many can now breathe a sigh of relief as Special Counsel, Robert Mueller, has concluded his report and its findings are due to be revealed later today. Everyone can move on to more pressing issues following a period that has bred cynicism and mistrust in U.S. politics, and sought to cast the Russians, as akin to early James Bond villains.

The long-term effects of Mueller’s report will tarnish Washington for years to come. Regardless of its findings, the entire investigation was fabricated as an attempt to undermine and ultimately impeach a President that This Town never wanted. If this is meant to be a fair and balanced report, then why did the US Special Counsel refuse to investigate the Clintons and Obama for THEIR Russian collusion? Evidence Russian hackers influenced the 2016 election has always been questionable, but the Clinton State Department and Obama Administration sweetheart deals with Uncle Vlad are evident for all of us to see.

The New York Post reported in 2017 that Obama knew Moscow had used bribery, kickbacks and extortion to obtain a stake in the U.S. atomic energy industry. The previous administration also made deals with Russians, to provide them with a substantial share of the American Uranium supply.

Furthermore, The Hill reported that the FBI used a confidential American witness working inside the Russian nuclear industry to gather records, produce secret recordings and intercept emails in 2009 which all proved Putin had compromised a U.S. Uranium tracking company. According to The Hill, Transport Logistics International provided $2 billion to Moscow in exchange for lucrative no-bid contracts- a scheme which undermined the Foreign Corrupt Practices Act. An agent revealed Russian officials provided their consent to the racketeering operation who benefitted from the proceeds.

Obama’s highly partisan, Attorney General, Eric Holder, failed to issue charges prior to these deals being struck. The first deal was struck in October 2010 when the State Department and the Committee on Foreign Investment agreed to sell part of Uranium One, a mining giant located in Torontowith operations in Wyoming, Australia, Kazakhstan, South Africa and other nations. The Russians gained control over 20 per cent of the American Uranium supply and provided the Kremlin with a profitable stake in their atomic industry. Hillary’s spokesman refuted that she was involved in the committee review which agreed upon the sale.

Obama then authorised a deal in 2011 that enabled a company called Rosatom Tenex to sell reprocessed uranium from dismantled Soviet nuclear weapons to power plants in the US. A source informed the New York Post that the kickbacks and extortion threats towards American nuclear contractors from the Russians raised national security concerns. According to the source, Obama ignored this.

Congress was uninformed about Russian nuclear corruption at the time. In 2015, the Justice Department concluded there was no evidence Russia had done anything wrong. They also stressed there was no reason the Uranium One deal posed a threat, according to the report’s author, Peter Schweizer. Mr. Schweizer revealed how Bill Clinton earned $500,000 in 2010 from Russian entities’ fees. Mr. Clinton sought clearance from the State Department to meet with a key board director of Rosatom to help secure Obama’s uranium deal. Russian President Dmitry Medvedev’s top aide, Arkady Dvorkovich, was listed on an email written on May 14th, 2010, as one of the 15 Russian officials who met with Mr. Clinton.

The former President met with Putin at his private homestead to discuss the deal. His aides, Hillary and the Clinton Foundation said Mr. Clinton did not hold any conversations about Rosatom or the Uranium One deal. But when Hillary served as Obama’s secretary of state, she visited Moscow in 2010 to meet businessman Viktor Vekselberg to discuss a new technology investment project called Skolvoko, inspired by Silicon Valley. However, this was likely to cause a conflict of interests.

In 2015, the New York Times revealed that Russian bank Renaissance Capital had links with the Kremlin and was helping to purchase Uranium One. The Hill disclosed that Mr. Clinton sent dozens of emails to conservative group Citizens United via a Freedom of Information Act request which uncovered four years of correspondence that contained evidence of Russian nuclear corruption. The FBI, the Energy Department and court documents proved that the Feds had gathered crucial evidence before Vadim Mikerin (the Russian responsible for Putin’s nuclear expansion inside the US) was engaged in corrupt behaviour dating back to 2009. In 2014 and 2015, an Energy Department official assigned to aid the FBI in this case testified that Mikerin supervised a racketeering scheme that consisted of extortion, bribery and money-laundering that were controlled by the Kremlin and provided kickbacks to senior Russian agents with links to Putin. Court records prove Mikerin supplied a no-bid contract to Transport Logistics International that delivered Russia’s Uranium around the US in return for more than $2 million in kickbacks from some of its executives to the Russians. And who was the FBI director aware of these deals? Lying James Comey’s good friend, Robert Mueller.

The Mueller investigation should be reopened, but not to prosecute Trump. It should instead condemn the Clintons, Obama and Mueller himself for selling America’s Uranium to the Russians and leaving their nation vulnerable to Putin. That is far worse than allowing a few Russian bots to persuade some, already persuaded electors to vote for Trump.