The City of Spokane’s Housing Crisis 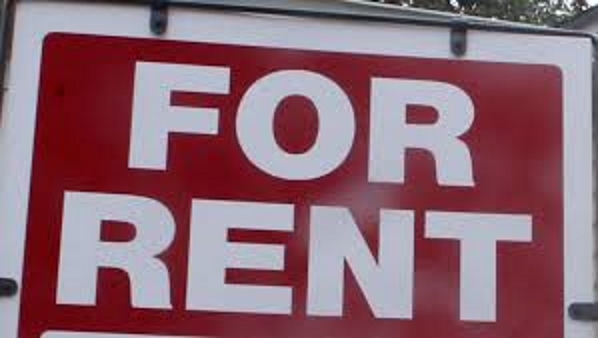 The City of Spokane’s Housing Crisis

In the past two and one-half years, the City of Spokane has facilitated threemajor task forces, various study groups, and most recently, four town hall meetings concerning the housing crisis in the City.  There are more than 40,000 personal homes, not enough to meet our needs! We also have 42,000 rental units in our City, housing between 60,000 and 65,000 adult tenants.

We need more housing units and we do not have the space to build them in this City!

The second major issue is the lack of affordable housing. It is estimatedthat 60% of Spokane Citizens do not have sufficient income to meeting the 30% of net income requirement to buy or rent a home and/or apartment. Too many families are spending up to 50% of their income on housing costs alone.

The third major issue is the increasing number of homeless individuals and families, a number estimated at between 1,500 to 3,000 depending on how one defines homeless!

As the City and the State of Washington move on housing legislative activity, they fail to define those issues between housing the working poor and housing the homeless. Single policy actions including both groups ignore the reality of how much time it takes to get someone “back on their feet again!”

So, what have the various task forces and town halls accomplished?

Based on these recent meetings the City will soon begin enforcement of the new Property Maintenance Code, which will force landlord and homeowner compliance with updated housing standards. To that end, the Department of Code Enforcement plans to recruit up to 16 new inspectors. This will be funded by way of inspection fees levied against landlords (and ultimately passed on to tenants).

Considering that of the City’s 42,000 rental units, only about 700 (mostly in and around the downtown area) are sufficiently challenged to warrant special scrutiny,this seems like a frivolous waste of scant resources. The owners (4 in particular) of those 700 challenged units are well known to Code Enforcement, so it would make better sense to focus efforts on holding those owners to account.

The City is seriously considering the following requirements: registration, licensing, and (rumored as a possibility) bonding of rental properties.

Registration seems unnecessary, since the City already has information on rental ownership. That information was assembled with the combined help of the City’s Utilities Department, the Avista Corporation, and Spokane County. The City can already make that information available to tenant advocates if requested.

Business Licenses are already required of professional landlords and smaller LLC landlords. Many smaller mom-and-pop landlords won’t meet the revenue level required by the City for a license requirement. A proposed licensing and registration program come with a fee structure that would generate somewhere between $1.3 and $1.5 million a year. You know who will have to pay for those fees in the long run – Tenants!

The severity of other proposed measures is sufficiently worrying that some Spokane landlords have simply chosen to sell their rental units. Current economic conditions along with threatened legislation ensure that when discretionary rentals (single family homes) are sold, they are lost from rental inventory and instead become owner occupied.

Again, what we do need is more housing, and specifically, more affordable housing! We also need more landlords investing, more developers building, and more managers willing to operate affordable rental properties within the City. The City has recently passed Ordinances that will allow more infill housing and greater Density.

Those are positive steps, but the City should also be mindful of what is happening in other cities – what is working and what is not. Tacoma’s recent legislation appears to be making its housing situation worse! Greater effort should be made to find out why that is happening.

We are pressing the City to recognize that issues facing low-income tenants and those facing homeless individuals are not the same, and that blurring the distinction is counter-productive. Low-income tenants need more affordable ​housing and landlords with the latitude to be flexible. The homeless need all that too, but in conjunction with case management and a variety of social services that landlords cannot provide!

Education as a means to modify conduct of irresponsible landlords and irresponsible tenants has not shown much success in other cities, but both landlord and tenant groups should nonetheless persevere with that aim.

From our side, we should encourage that small percentage of landlords who own sub-par properties to make all necessary improvements without delay. That would obviously benefit tenants, but it may also curb the horror stories that are                sometimes used to discredit housing providers as class.

It’s not possible within available space to separately mention each of the individuals and groups that have partnered in promoting a fair and balanced approach to Spokane’s housing crisis, but they know who they are and should also know how much I appreciate their efforts and advocacy during these challenging times. I would like to mention just a few people who’ve been especially helpful.

City Council members Mike Fagan and Karen Stratton have been exceptionally transparent, receptive to our input, and have spent many hours in constructive meetings with us. Arthur Whitten of the SHBA has given much of his time and efforts to engage with, and gain valuable information from the City on behalf of housing providers. I would also like to especially thank Sue Lani Madsen (of the Spokesman Review) whose columns have so well-articulated the practical realities of landlord/tenant issues. It cannot be over-stated how important it is to stay informed, to show up, and to speak up. Our industry is the primary target for many of those who would bring about societal change, and the battle is far from over! Intentionally or not, Councilman Breean Beggs has appropriately echoed Winston Churchill’s somber phrase, “…it is perhaps the end of the beginning”!