How much federal research funding do colleges in YOUR state receive? 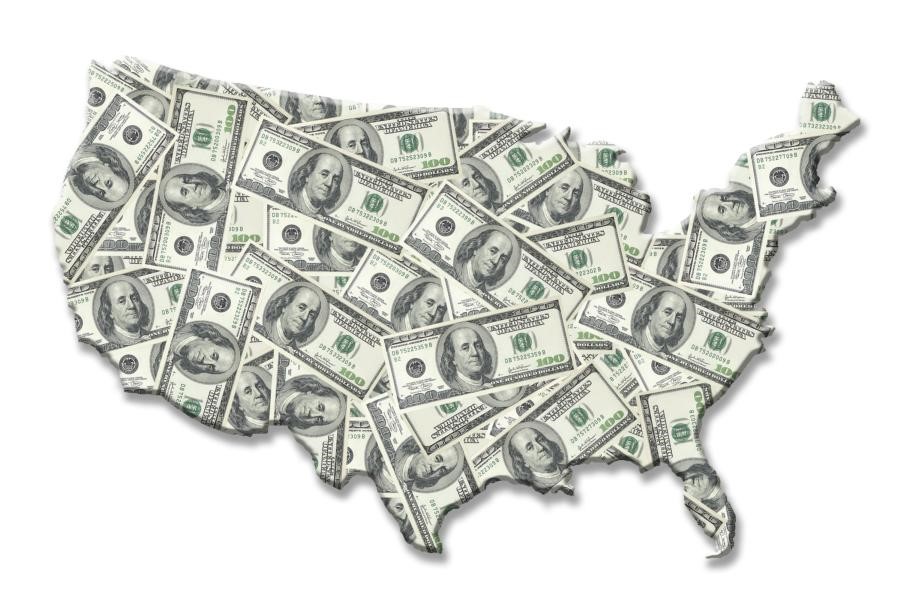 How much federal research funding do colleges in YOUR state receive?

Leading up to President Donald Trump signing an executive order on March 21st that is intended to withhold federal research dollars from colleges and universities that do not protect free speech, Campus Reform compiled a report, based on publicly available data from the National Science Foundation, a government agency that produces an annual spending report on how much taxpayer money flows into higher education research.

[RELATED: Trump officially signs free speech exec. order: If schools censor, ‘we will not give them money’]

The data presented in the report show that hundreds of colleges and universities, both private and public, in all 50 states, Washington, D.C., Guam, Puerto Rico, and the U.S. Virgin Islands, received just over $40 billion in 2017 for federal research and development (R&D) purposes.

For a detailed look at how many colleges and universities in your state received in federal R&D funding, as well as exactly how much taxpayer money those institutions received,  please use the embedded feature below to scroll to your state. States are listed in alphabetical order.

For an interactive version of the report, click here.

[ The radical left will stop at nothing to intimidate conservative students on college campuses. You can help expose them » ] 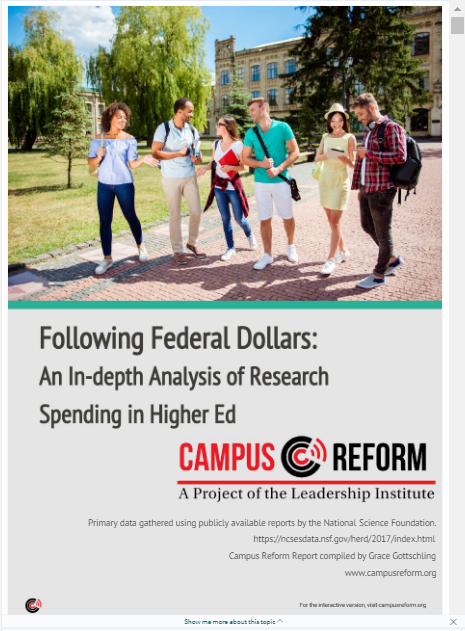 Will you help expose liberal bias on America’s campuses?

Campus Reform exposes the liberal bias and abuse against conservatives on America’s colleges and universities.

As a Campus Reform reader, you know about the abuse taking place at our nation’s higher education institutions, and you know how important it is to bring these stories to light.

Campus Reform depends on the financial support of concerned Americans like you to report on leftist indoctrination on college campuses and uncover the blatant misconduct of university administrators, faculty, and students.

Get exclusive access to breaking CampusReform stories as they happen. Sign up below and we’ll keep you in the loop.