SB 1159 and the Initiative Process In Idaho 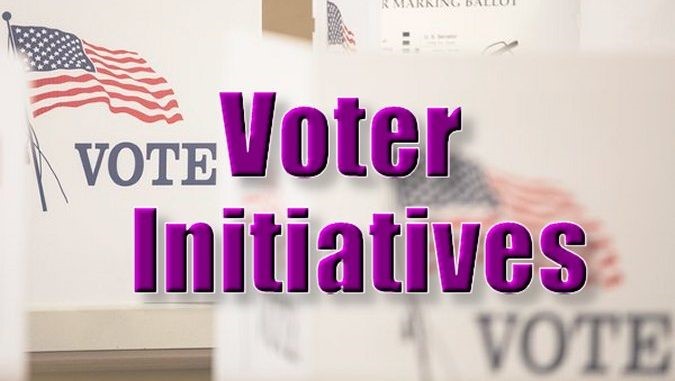 SB 1159 and the Initiative Process in Idaho

In short, voter initiatives will become significantly more difficult to execute. So is this a good or bad thing?

The initiative is direct democracy in that it bypasses our Republican form of government and allows the majority to enact laws binding on all, including the minority. Proponents of the initiative chant “democracy” and “The will of the people” but our founders understood that democracies are unstable precisely because of “the will of the people”. Every democracy that has ever existed has eventually devolved into a majority of the citizens voting to strip a minority of their rights, or property, or life. Indeed today our progressive tax code has 40% of the population paying all the income tax and the other 60% paying nothing or receiving a net benefit.

Proponents of the initiative claim that the initiative is required to bypass a recalcitrant and unresponsive representative government to enact “needed” legislative reforms. This position ignores the fact that there is already remedy, to simply elect better representatives.

Whenever we use the foundry of the legislature to forge a tool for the people it must be understood that that the very tool we create can be seized by our enemies and used as a weapon against us. This is why we keep our guns safely secured in our homes, to ensure they are only used by ourselves and not intruders.

A review of the Proposition 2 effort to expand Medicaid shows that the effort was funded with $500,000 in out of state money and $1,500,000 from Big Medicine, hardly “grass roots”. The effort to harvest signatures for the petition to put Prop 2 on the ballot was run like a military operation with paid operatives deployed to the urban centers. The propaganda campaign in the liberal media sealed the deal.

The success of Proposition 2 expanding Obamacare through the initiative process opens the door to other progressive policies. Can’t get a progressive socialist policy passed through the legislature, no problem! It just takes a couple million bucks and you can use “the will of the people” to bypass that pesky Republican form of representative government.

Silicon Valley billionaires are tired of their conservative tax base fleeing to red states. The obvious solution is to make those red states turn blue, and two million dollars is chump change to them.

The initiative petition process requires people to sign the petition. SB 1159 ensures that the people signing know the costs. It also ensures that not just the urban centers call the shots but that the conservative rural residents must also agree.

Embrace the wisdom of our founders and support a Republican form of government. Let’s lock up the initiative in a safe place so our enemies can’t get their hands on it.

History of the Initiative:

Article IV Section 4 of the US Constitution guarantees every State of the Union a Republican Form of Government where the rights of the minority are protected from the whims of a popular mob. And so it was on July 3, 1890 when Idaho became the 43rd state.

All political power rests with The People who in turn consent to grant some enumerated powers to government for the purpose of securing our God given rights. The US Constitution is a solemn contract executed for the purposes outlined in its preamble; establish Justice, insure domestic Tranquility, provide for the common defense, promote the general Welfare, and secure the Blessings of Liberty.

In joining the Union we, as a state, agree to the terms of the contract and granted certain powers, retained other powers and agreed not to exercise certain powers. One of the terms we agreed to is that Idaho would have a Republican form of government and, indeed, Idaho enjoyed a Republican Form of Government for 21 years until the Progressive Era.

In the early 20th century a populist “Progressive” movement gripped the nation and many progressive policies became reality. Three Constitutional Amendments were passed including the establishment of an Income Tax, the conversion of the US Senate from a body that represents the States to one that is directly elected by the people (like the House of Representatives), and the notorious “Prohibition”; a progressive policy so spectacularly bad that it was repealed less than 14 years after it was enacted but not before establishing a popular movement to violate the law (speakeasies), a vast network of organized crime (bootleggers), and a huge police state to address the problems created.

One hundred years later the problems the progressives created continue to haunt us in the form of vast drug cartels, a trillion dollar endless “War on drugs” and a weaponized IRS used by politicians to cripple their opponents. Thanks progressives. Good job.

One of the progressive populist policy “gifts” occurred in 1912 when our Idaho Constitution was amended to include the initiative and referendum. It took Idaho 21 years to implement those provisions. In total the initiative has been used 31 times. It has survived the vote of the people or repeal 15 times. In the last 20 years only two initiatives made it into law with the Medicaid Expansion being the most recent.