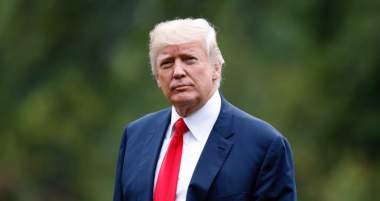 To the surprise of many, President Trump has signed the nation’s largest wilderness preservation legislation in a decade. In a move that has elated enviro-activists and is certain to dumbfound and anger many of his stalwart supporters, the president signed a massive package of public lands legislation that had rolled together more than 100 individual bills that were pet projects of a bipartisan array of more than 50 U.S. Senate and House members.

Among the big ticket items in the mammoth bill — and sure to be the most controversial — is the designation of 375,000 new acres of wilderness across Utah, California, New Mexico, and Oregon. Moreover, the newly enacted legislation provides a grab bag of goodies for just about everyone, with new and expanded national parks, scenic areas, wild and scenic rivers, scenic trails, historical sites, heritage areas, monuments, battlefields, and much more in Georgia, Tennessee, Missouri, Arizona, Mississippi, Alaska, New York, Maine, Massachusetts, New Hampshire, South Dakota, South Carolina, and other states. The bill passed the Senate on February 12 by a vote of 92 to 8and the House of Representatives on February 26 by a vote of 363 to 62. It was signed by President Trump without comment on March 12.

Originally titled the National Resources Management Act, the bipartisan bill (S. 47) was renamed the John D. Dingell Jr. Conservation, Management and Recreation Act in honor of Rep. Dingell (D-Mich.), who died in February at the age of 92. He is the longest-serving member of Congress in American history, serving as representative of Michigan’s 12th, 15th, or 16th districts from 1955-2015. A liberal-left Democrat, Dingell earned only a cumulative 22 percent constitutional rating on The New American’s Freedom Index.

The bill, which prohibits logging, mining, drilling, road construction, and other activities on hundreds of thousands of acres of newly designated “public lands,” conflicts sharply with the pledges by Candidate Trump to reverse the trend of the Clinton-Bush-Obama legacies of federal land grabs, locking up our natural resources, and restricting human access to public lands.

In the February 11, 2016 article “The Federal Bootprint” The New American pointed out that the federal government already “owned,” at that time, more than 640 million acres of “public lands,” most of which are concentrated in the 12 western states (Alaska, Washington, Nevada, Utah, Oregon, Idaho, Arizona, California, Wyoming, New Mexico, Montana, and Colorado).

We placed “owned” in quotation marks because, constitutionally speaking, the federal government is not authorized to own any of these vast swaths of territory over which it claims to exercise authority. Likewise, it has no authority to create the Bureau of Land Management, the Forest Service, the National Park Service, etc. to rule over these unconstitutional fiefdoms. (We have explained this in more detail here and here).

The federal bootprint in the Western states was already immense before this latest land grab. We reported in 2016 on the astonishing percentage of land that the federal government controls in these states:

The New American previously reported that our nation’s Founders “never intended the national government to exercise permanent ownership or control over these huge expanses. We do not see this massive federal imprint on the states of the Eastern seaboard. Many of the states of the Midwest, the Great Lakes, and the Gulf Coast had to fight in Congress and in the courts to force the Feds to properly ‘dispose’ of the “public lands,” by fully transferring them to the states, so that they would enjoy sovereign ‘equal footing’ with the original 13 states.” Like their counterparts in the rest of the nation, the states, counties, and local governments of the West are perfectly capable of deciding for themselves whether or not to designate genuine public land for parks, scenic and recreation areas, wilderness, resource development, or whatever other designations they may choose. It should not be up to Senators Dianne Feinstein (D-Calif.), Cory Booker (D-N.J,), Charles Schumer (D-N.Y.), Susan Collins (R-Maine), Mitt Romney (R-Utah) — or President Trump to make these decisions for the people of the West and their state governments.

“This is a major victory for California’s public lands,” Senator Feinstein said, following Trump’s signing. “The lands package secures new protections for our desert, creates California’s first National Heritage Area, develops smarter ways to manage the Santa Ana Wash and facilitates safety upgrades to the Contra Costa Canal. I’m grateful that these four bills were included in the lands package and are now signed into law.”

Senator Lisa Murkowski (R-Alaska), chairman of the Senate Energy and Natural Resources Committee, said President Trump’s signing “exceeds the accomplishments of his recent predecessors,” in terms of both achieving U.S. energy dominance while at the same time establishing a conservation legacy.

“This law will benefit every state and clear the deck of issues that we’ve been working to resolve for years,” Murkowski said in a statement. “From providing access for sportsmen to creating new economic opportunities for local communities, this is a good, balanced measure. We built it through a team effort that drew strong support from both parties in both chambers. Today is a triumph for good process and good policy, and this bill is a win for Alaskans and all Americans.”

David Bernhardt, acting Department of Interior Secretary, said “President Trump knows that federal lands are meant to provide both peace and prosperity for the American people, and signing this bill allows us to continue managing public lands in a balanced way.”

The press release included a statement from Sierra Club Executive Director Michael Brune that said, “Public lands are among this nation’s greatest treasures, and we are pleased to see that there is strong bipartisan support to protect these important outdoor spaces so they can be enjoyed and explored for generations. This bill takes historic steps forward in protecting and investing in our public lands, and we look forward to its final passage.”

Newsweek noted that S. 47 “is the most encompassing federal wilderness law passed in the U.S. since March 2009. At that time, President Barack Obama signed legislation which designated 2 million acres of new protected wilderness across the Sierra Nevada and California desert regions.”

While President Trump’s signing of the legislation was cause for much jubilation among the ranks of the green lobby, the president will not win any supporters from the Left for this action. They are still adamantly opposed to him on a multitude of fronts, especially for his proposed budget cuts to the EPA, his withdrawal from the UN Paris climate accord, his opposition to the Green New Deal, and his support for coal, oil, and gas development.

Feds vs. the West

Victims of the Federal Bootprint

Burning Up the West: Feds, Greens Cause Catastrophic Fires

Showdown on the Range

Feds vs. the West