Democrats Want Mueller Report, to Rewrite It and Then Declare Trump Guilty 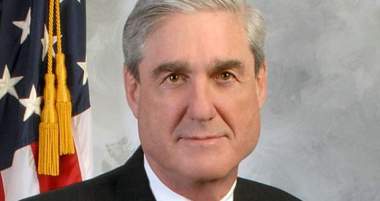 Democrats Want Mueller Report, to Rewrite It and Then Declare Trump Guilty

You knew this was coming.

Six hard-left House Democrats, all chairmen of committees, are demanding the full report from Special Counsel Robert Mueller, which concluded that President Trump and his aides and associates did not conspire with Russia to affect the 2016 election. Nor did the report say that Trump or his aides and advisors obstructed justice.

Barr wrote: “The Special Counsel’s investigation did not find that the Trump campaign or anyone associated with it conspired or coordinated with Russia in its efforts to influence the 2016 U.S. presidential election.”

Nor did Trump obstruct justice in this efforts to delegitimize the probe, Barr wrote.

The Democrat conniption began immediately after Attorney General William Barr sent the report to Congress with a four-page summary of Mueller’s conclusions.

Still furious they lost in 2016, Democrats undoubtedly plan to use what Mueller amassed, recast it, then arrive at the preordained conclusion that he is wrong and Trump is guilty. Impeachment, of course, might come next.

The Democrats sent their demand yesterday.

Democrats are focusing on one line from Mueller’s report: “While this report does not conclude that the President committed a crime, it also does not exonerate him.”

Thus, the demand for the full report to continue the witch hunt and overturn the results of the 2016 election. They expect Barr to turn it over by April 2.

The six leftists wrote that their committees are all probing the Trump’s “conduct, his attempts to interfere with federal and congressional investigations, his relationships and communications with the Russian government and other foreign powers, and/or other alleged instances of misconduct.”

Barr’s summary, they wrote, “is not sufficient for Congress, as a coequal branch of government, to perform this critical work. The release of the full report and the underlying evidence and documents is urgently needed by our committees to perform their duties under the Constitution. Those duties include evaluating the underlying facts and determining whether legislative or other reforms are required — both to ensure that the Justice Department is able to carry out investigations without interference or obstruction by the President and to protect our future elections from foreign interference.”

But the key line is the open threat to reopen the matter and rehash everything Mueller did, thus permitting the leftist lynch mob to reach a different conclusion. “First, Congress must be permitted to make an independent assessment of the evidence regarding obstruction of justice,” they wrote, although Mueller just finished such an “independent assessment.”

And why must they be permitted to make that assessment? Because Barr’s “determinations … regarding obstruction and the manner in which you chose to characterize the Special Counsel’s investigation only raise further questions.” As well, they wrote, “we also cannot evaluate your determination that ‘the report identifies no actions’ that meet the elements of obstruction in the absence of the report, evidence and other materials.”

In other words, they’re second-guessing Mueller even while confessing they have “no reason to question that Special Counsel Mueller made a well-considered prosecutorial judgment” about conspiring with Russians to affect the election.

Another reason Barr must release the report, the six wrote, is the precedent set vis-a-vis the Hillary Clinton e-mail scandal. The administration released 880,000 pages of documents, they claimed.

“All I’m interested in is them releasing the full report, the full Mueller report,” House Speaker Nancy Pelosi told reporters.

Actually, she’s probably interested in pushing the Deep-State coup against a duly and fairly elected president, but at any rate, top Republicans are ready to end the Trump Derangement and get to work, the Associated Press reported. Said House Minority Leader Kevin McCarthy of California, “This is done with. It is time for the country to move forward.”

Minority Whip Steve Scalise of Louisiana, McCarthy’s No. 2, explained what Democrats really want “to change the outcome of the 2016 election.”

In a stamp of authority, the GOP-controlled Senate defeated a move to push the Justice Department to release the report.

Meanwhile, President Trump strongly suggested that the administration might well seek to prosecute whoever pulled the hoax that started the investigation. “There are a lot of people out there that have done some very evil things, very bad things, I would say treasonous things against our country.”

Vowed Trump, “Those people will certainly be looked at. I’ve been looking at them for a long time. And I’m saying, why haven’t they been looked at? They lied to Congress. Many of them, you know who they are.”

“We can never let this happen to another president again,” he said.