Top 10 “Poisons” in American food, water, and medicine – and which body functions they ATTACK 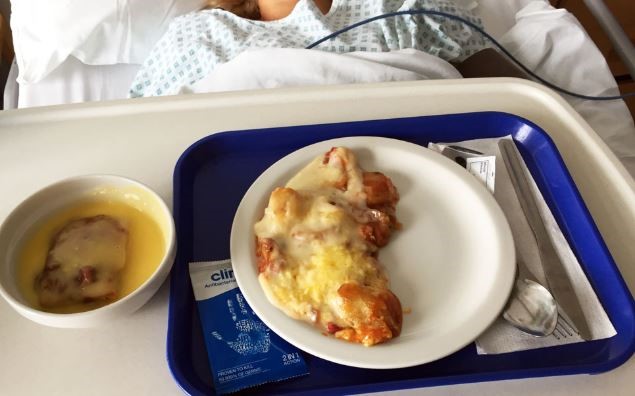 Top 10 “Poisons” in American food, water, and medicine – and which body functions they ATTACK

Do you know what’s happening to your body right now? Is it under siege? Some bodies are under attack 24/7 from chemicals in food that the manufacturers call additives, preservatives, or even “natural flavoring.” Other people literally drink tap water and think their body will just filter out all the deadly sodium fluoride, chlorine, artificial sweeteners, and lab-concocted pharmaceuticals those medicated folks urinated out.

Then there are those “consumers” who actually believe that prescription medications aren’t toxic. They think the side effects listed on the labels and commercials only happen to a “select few” people who simply didn’t follow the doctor’s directions.

So how do you know if your body is under attack, what’s causing it, and what signs and symptoms to tie down to which organs, systems, or senses?

Well, we broke it down “encyclopedia style” for you here. You see, what most conventional food makers and processors use to lengthen a product’s shelf life also shortens human life. While chemicals stave off mold, mildew, fungus, and bacteria, those same chemicals choke your cells, slowly burn the soft tissues inside your body, and break down your immune and nervous systems.

Over time, not you nor your medical doctor can figure out what’s wrong. No diagnostic test will reveal the true source of the health crimes being committed. There’s a sinister formula in America run by the healthcare industrial complex. Here’s the sinister 4 step plan most M.D.s and hospitals use to keep you locked into chronic sick care, where all you ever do is get surgery and take chemical medications to quell the symptoms, but never cure the problems.

First, the medical doctor will tell you your problems are genetic, and therefore “inherited” or they “run in your family.” Second, they run some useless, diagnostic tests that they’ll tell you about in a week or two (that means scheduling more visits, by the way). Third, they will give you options so you feel important, but all the choices will be invasive, chemical-laden, stressful ones that end up making you sicker. And fourth, they will write you several prescriptions so you think “something” is being done about your misery, but again, you will be wrong.

So, what’s the problem? You mean problems. Nearly all health problems are related to some form of consumption. Here are the top 10 “poisons” in American food, water, and medicine – and exactly which body functions they attack.

Leaches calcium from your bones, making them brittle over time, also calcifies your pineal gland (the “third eye”) and lowers IQ. Fluoride in tap water is also an insecticide that causes cancer.

Mercury is the most toxic non-radioactive element on Earth. It attacks the central nervous system. No amount of mercury is safe to enter the human body. There are 25 mcg in one average flu vaccine, and the EPA safety limit is 5 micrograms, so children who are vaccinated simultaneously with multiple vaccines can receive over 10 times the safety limit of mercury in one day.

Destroy all gut bacteria (good and bad), including the immune system’s vital flora.

Preservative that attacks the protein sheath that surrounds your mitochondria (cells) and prevents them from getting oxygen. This leads to programmed cell death and eventually brain cancer.

Attacks the immune system by depleting nutrients by preventing the body from absorbing them through intestinal walls. Nearly 200 million pounds are dumped on American soil every year. Now it’s found in most conventional food and tap water.

Corrodes the epithelial (soft) tissue of the pancreas, bladder and prostate, eventually causing cancer in those corroded areas.

GMOs contain pesticides in their DNA that destroy the good human gut bacteria, debilitating the immune system, and they also affect cognition and the CNS, leading to dementia (including Alzheimer’s and Parkinson’s Disease), anxiety, and depression.

Now you see. They get you burning the candle at both ends, and your life gets shortened, your wellness constantly recedes, and your longevity is minimized, while maximizing your expenses. And guess what kind of food they serve you in the hospital when you’re already sick from these top 10 toxins? Yep, you guessed it.

If you think that Big Food and Big Pharma don’t purposely make Americans sick in order to increase their profits, then you’re probably one of those “conspiracy theorist” consumers who still believes that the U.S. government would never spy on its own citizens, and that the Russians colluded with Trump to steal the 2016 election. That’s all folks. That’s a wrap.