Prescribing an Opioid for a Fatal National Law 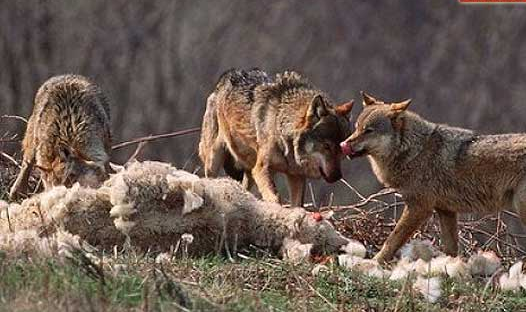 Prescribing an Opioid for a Fatal National Law

My Inbox overflows with every variety of the following notice from those Congressmen and Senators that have been hiding under their desks (or having dinners with their favorite lobbyist) for the past several decades.  One even seemed to be an invitation.

Thank you for your Western Caucus Applauds Recovery of the Gray
Wolf and Proposed Rule to Delist the Species notice.

If this were a movie, it would be appropriate at this point for the orchestra to burst forth with the 1812 Overture conclusion complete with the horns, drums, cymbals and cannons celebrating Napoleon’s defeat in Russia.

Substitute, in place of “Western Caucus” above, your favorite “conservation” organization; or your natural resource-dependent business lobbyist; or the names of your neighbors or relatives that have been harmed by wolves (dogs killed, cattle/sheep killed, hunting ruined, etc.); or “your” state wildlife agency that has been “helpless” before federal bureaucrats; or all those folks that think this is making “America Great Again” – but do not substitute my name.

The wolf is no more “delisted”, “recovered” or its “management returned to the state” than Eastern European countries were “liberated” after WWII when Russia renamed them “Democratic People’s Republic of (fill-in-the-blank).  I say this is because:

Consider the sordid record of the ESA to date:

Would you trust these bureaucrats to babysit your kids with a record like this?

Some facts about the “Recovery of the Gray Wolf and Proposed Rule to Delist the Species” in the three states indicate what lies ahead.  It took about 5 years for all three states to wade through radical lawsuits and recalcitrant federal bureaucrats to obtain what federal lawmakers in Congress “gave” them – not because of any “Recovery” or concern about rural America – due only to simple political pressure that the more conservative residents of those three states were insisting on.  Minnesota, a more liberal and ideological “environmental” state was supposed to get the gift with those three states but due to their political reluctance to offend the urban centers that run the state (like Chicago runs Illinois), Minnesota was dropped from the list when the backlash became too hot.  Since the three states have had wolf “management authority” “returned” (considering they had claimed no resident wolves for 50 years and then federal control was imposed with forcibly inserted wolves; “returned” is a strange word about something you never wanted and had exterminated at great expense over a long period) their experience is worth noting.

Lest you think I am only whining here: chew on this.

The only path I see to be a valid solution to this growing problem is:

Rural communities should have a strong say in what sort of environment they live in.  Ultimately, in a just system of governance the basic framework and what constitutes a just environment should be decided by Local government.  Local governments should be protected and honored by State governments.  State governments should be protected and nourished by the federal government.  In other words, if the Local community wants NO WOLVES, that should be it, no matter what state or far-off federal politicians say or do on behalf of urban voters or those that covet control of rural landscapes.  This will never be renewed (yes it once existed to the great “domestic Tranquility” joy of rural people) as long as states are bound and threatened by federal overseers beholden to unaffected voters with no dog in the fight. “Returning Wolf Management” should be treated like Clint Eastwood’s infamous observation to his political boss who screamed in his face asking, what do you think?” to which Harry (Eastwood) simply snarled, “Your breath mints ain’t cutting it”.  It is only designed to give everyone dreams while things fall apart.

For these reasons and more I do not regret I will not be able to attend the celebration of the “Return of Wolf Management to the States”.  My wife and I play cribbage on that evening of the week.

If you found this worthwhile, please share it with others.  Thanks.

Jim Beers is a retired US Fish & Wildlife Service Wildlife Biologist, Special Agent, Refuge Manager, Wetlands Biologist, and Congressional Fellow. He was stationed in North Dakota, Minnesota, Nebraska, New York City, and Washington DC.  He also served as a US Navy Line Officer in the western Pacific and on Adak, Alaska in the Aleutian Islands.  He has worked for the Utah Fish & Game, Minneapolis Police Department, and as a Security Supervisor in Washington, DC.  He testified three times before Congress; twice regarding the theft by the US Fish & Wildlife Service of $45 to 60 Million from State fish and wildlife funds and once in opposition to expanding Federal Invasive Species authority.  He resides in Eagan, Minnesota with his wife of many decades.

Jim Beers is available to speak or for consulting.

You can receive future articles by sending a request with your e-mail address to:   jimbeers7@comcast.net