How An ID & WA Small Group Stopped A Goliath?  Saving Our Sovereignty & Independence 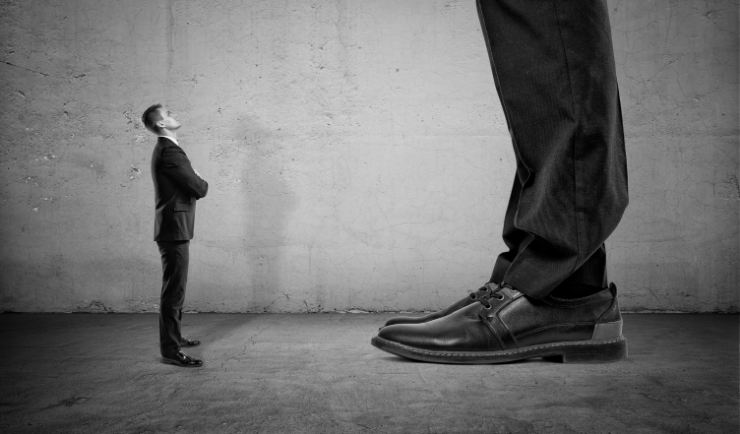 How An ID & WA Small Group Stopped A Goliath?  Saving Our Sovereignty & Independence

How can a small group of people stop a Goliath?

Here is an example of what ‘you’ can do.  In 2018 I became aware of the proposed sale/merger of Avista Corporation, a major generator and distributor of electric and gas throughout the Pacific Northwest and Hydro One, a distributor of purchased electric in Ontario, Canada. After investigating what the proposed merger of these two public utilities would entail, I realized what the negative ramifications would be to the citizens of the Pacific Northwest and United States in total would be.

Hydro One operates under Canadian laws and is governed by the ‘GREEN ENERGY ACT’ and other energy policies. Avista would be operating under foreign laws if the merger was approved. The founder of Hydro One was Maurice Strong, a declared socialist, who was also considered the father of the false global warming agenda and was a promoter of ‘GLOBAL GOVERNANCE’ by the United Nations. He was a UN energy program founder and architect of the KYOTO PROTOCOLS.

Hydro One produces no power. It purchases the power it distributes from solar and wind generation companies to achieve its green mandates. It pays these companies a rate that covers the difference between the market rate of power and exorbitantly high cost of non-efficient green generator power plus a profit. The green power is 3 to 4 times the cost of market rate conventional power, so one can see how you achieve such astronomical costs. Hydro One passes the costs on to its customers by charging a 70% GLOBAL ADJUSTMENT FEE on their electric bills.  This fee generated over 1 BILLION DOLLARS a MONTH. These outrageously high bills put Hydro One, of the province of Ontario, the largest province by population in Canada, into a tailspin.

Businesses closed due to the unaffordability of power and the general public was placed in the unenviable position of choosing to pay their electric bills or eat.  Many had to use gasoline generators for short periods of time to cook and heat due to their electricity being shut off for nonpayment. Fifty thousand plus people were disconnected for nonpayment with tens of thousands more in arrears and waiting to be shut off, most of them disconnected in the winter. I saw that if this company were to take over Avista it would be catastrophic.

I attended one of the first public hearings held by the Idaho Public Utilities Commission. The meeting was attended by the IPUC commissioners and staff, representatives of Avista, representatives of Hydro One and a small number of the general public. It became readily apparent at this meeting that the Idaho PUC staff had already negotiated a settlement agreement with Hydro One and was fully on board with the merger. We did ask hard questions, but received no concrete answers just assurances that our fears were unfounded.

Avista owns and operates 13 hydroelectric dams in the Pacific Northwest. Their ownership and the control of the water flows would have been transferred to a Canadian company controlled by a Canadian government entity, the province of Ontario. The province’s 41% ownership of Hydro One, being the largest shareholder, and adding law and regulation making capability, gave them control of the company, which was our argument. To push this merger through, Hydro One was to pay the board and CEO of Avista in excess of $50 million, with the CEO receiving $17 million, and the Avista shareholders to be paid a 23% premium on the buyback of their shares. Everyone was ready to waltz to the bank, except the Avista rate payers. The fix was in.

It appeared that Hydro One intended to implement their renewable energy policies through Avista. Avista rates being some of the lowest in North America at eight cents a kilowatt hour, whereas Hydro One was $0.28 a kilowatt hour, left the impression that the rates of Avista would necessarily skyrocket and the windfall profit would go north to pay down Ontario’s debt.

A small group, called The Avista Customer Group, formed around this issue and attended further Idaho PUC hearings. I could see the only way to fight this merger was to inform the public and raise funds to obtain legal representation. I took it upon myself to hire Norm Semanko of the firm Parsons, Biele and Latimer, as the group’s attorney of record. The Avista Customer Group then applied for intervenor status with the Idaho PUC which was granted over Hydro One and Avista’s objections. This decision was based on the hundreds of comments generated by Avista Customer Group on the PUCs website. This put us at the table with the parties to the merger which had already approved the settlement agreement.

Our lawyer fought a pitched battle for six months utilizing our objections to foreign government ownership. Meanwhile the other states involved in this merger approval, Montana, Washington, Oregon and Alaska, were made aware of our objections and were waiting to see what would happen in Idaho.

In the interim, an election in Ontario was held and a fiscally conservative candidate, Doug Ford, who campaigned on fixing the problem at Hydro One got elected. He fired the CEO and board of Hydro One. This was irrefutable proof of our group’s contention that Hydro One is controlled by a Canadian government entity, the province of Ontario. Ownership of an Idaho utility by a foreign government is barred by Idaho law. The result of this selection reverberated throughout the PUC’s involved.  A scheduled I PUC evidentiary hearing, which we fought for, was canceled and the Idaho and Washington PUC’s but Hydro One on notice that the complexion of the merger had been drastically altered.

We attended a rescheduled evidentiary hearing and Avista Customer Group’s attorney presented irrefutable points in opposition to the merger while waiting for the Idaho PUC decision, the state of Washington informed by all the points we made in Idaho, voted against the merger. Hydro One and Avista asked for re-consideration, but were rebuffed by Washington.  Soon thereafter the Idaho PUC also denied approval of the merger.  Hydro One then terminated its proposed merger in all states. This result illustrates what can be done when citizens get involved and act. This was an over $5 billion merger/sale stopped by a few John Birch Society members and an attorney who courageously and single-handedly fought a very large contingent of highly paid corporate lawyers and paid consultants.   Goliaths can be slain!

The issue of a foreign government owning a large US utility was not the only problematic issue.  This merger was brought forth at the start of the renegotiation of the Columbia River Treaty between the US and Canada for storage of flows of water between the two countries with the generation of electric power also at issue. The Canadian government would have had much more clout in the negotiations with ownership control of 13 hydroelectric dams in the Pacific Northwest. This merger was to be an integral part of the consolidation of utilities among the US, Canada and Mexico. This was the first puzzle piece for North American energy integration and formation of the North American grid which agencies of our federal government seek, with help from NGOs, in furtherance of the creation of the North American Union, the result being a loss of US sovereignty.

This regionalization scheme is being put forth in smaller venues also, all being utilized to further the destruction of sovereignty at the local and state level with the ultimate goal being global governance, built piece by piece.