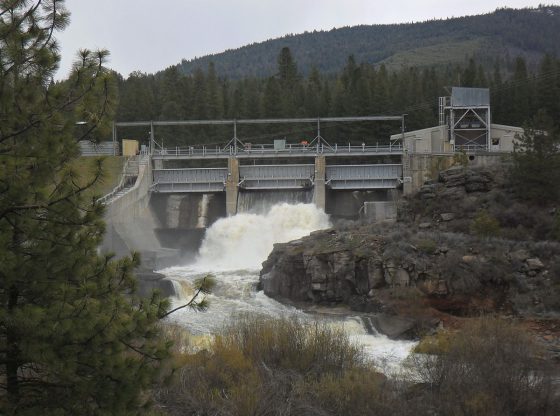 “Unfortunately…the dam removal snowball continues to grow in size and political heft, as the federal and state agencies involved in this enterprise remain unconcerned with the health and safety of Klamath River Basin residents. It is now clear that the politicians and bureaucrats would much prefer to violate the highest law of the land to pursue their own financial and political agendas.”

The Siskiyou County Water Users Association (SCWUA) is taking legal action against the Federal Energy Regulatory Commission (FERC), and implicating California and Oregon for violatons of law related to a plan to remove four hydroelectric dams on the Klamath river. The Institute for Trade Standards and Sustainable Development (ITSSD) is acting as Amicus Curiae for the SCWUA, which claims that the states of Oregon and California, with the help of the feds, violated the Constitution by sidestepping Congress and dodging legally-mandated processes in assessing environmental and health impacts when they formulated a plan to demolish the dams.

According to the brief, in 2016, California and Oregon violated the 1957 Klamath River Basin Compact and the United States Constitution, when they executed new interstate agreements without going through the U.S. Congress. Beyond the illegal agreements, the states devised a way to fast track their dam destruction plan by helping the federal government shift jurisdiction over the project from the Environmental Protection Agency (EPA) to FERC. The brief explains:

Oregon and California’s execution with the federal government…and PacifiCorp in 2016 of two interstate agreements calling for removal of PacifiCorp’s four Klamath River dams constituted an informal Compact amendment. Even if deemed “inadequate” to address current environmental and wildlife concerns…their failure to formally amend/redraft or terminate the Compact…and to secure Congress’ consent thereto contravened both federal law and the U.S. Constitution. The Compact remains the controlling law governing “‘the orderly, integrated, and comprehensive development, use, conservation, and control’ of the waters of the Klamath River Basin” …and its amendment requires congressional approval.

The ITSSD details its findings and background for the Amicus brief, citing the dangers posed to human health and welfare by the proposed dam removals:

ITSSD is concerned that Oregon and California violated the U.S. Constitution by intentionally circumventing federal law – the 1957 Klamath River Basin Compact… ITSSD also is concerned that these states helped federal agencies to shift federal jurisdiction over dam removal from the U.S. Environmental Protection Agency …to the U.S. Department of the Interior…and the Federal Energy Regulatory Commission …thereby endangering the human health and welfare of Klamath Basin residents.

Lawrence Kogan, who formerly represented the Siskyou water users and is now counsel for the ITSSD, further explained the gravity of the case to Free Range Report. Not only has the Constitution been violated in this instance, but the hasty and deceptive actions on the parts of Oregon, California, and federal agencies could result in untold amounts of toxic pollution being released into agricultural and municipal water sources all along the Klamath River Basin. He says:

“ITSSD participated as an Amicus Curiae in this Court action to inform the U.S. Court of Appeals for the District of Columbia regarding the urgency underlying the bases for the Siskiyou County Water Users Association filing its Petition for Issuance of a Writ of Mandamus.

A writ of Mandamus is a rare and extraordinary tool used by federal courts in exceptional circumstances to compel a federal official to fulfill his/her official duties and/or to correct an abuse of discretion, where no other remedy is available.

The urgency underlying SCWUA’s petition concerning the Oregon’s and California’s violation of the U.S. Constitution’s Compact and Supremacy Clauses, and their and federal agencies’ failure to adequately protect Klamath Basin residents from the human health and welfare risks that would be triggered upon dam removal when many decades’ worth of extremely hazardous and toxic chemicals aggregated and synthesized on the PacifiCorp dams’ reservoir bottoms are released into the atmosphere and surrounding riverside environment.

And the dam removal plan seems to be driven by extreme environmentalist politics. Lawrence continues:

As the Appellate Court had ruled on January 25, 2019, the Federal Energy Regulatory Commission had abused its discretion by continuing for over a decade to accept PacifiCorp’s repeated withdrawals and resubmissions of Clean Water Act Sec. 401 water quality certification requests incident to its efforts to postpone its relicensing of the four PacifiCorp-owned and operated Klamath River Dams the Obama administration had slated for removal.

FERC’s dilly dallying provided sufficient time for former Obama administration U.S. Department of Interior officials to establish and staff the Klamath River Renewal Corporation with persons loyal to the agency who were intent upon destroying and removing the dams.

FERC’s delay tactics which the Court considered “arbitrary and capricious,” also allowed former Obama administration Interior officials to work with the States and tribal and green stakeholder groups to execute two new interstate agreements in violation of the Klamath River Basin Compact, which remains the primary federal law governing the use and allocation of Klamath River Basin waters. Indeed, these agreements effectively amended the Compact but without invoking the Compact’s formal amendment provisions, and without securing the Congressional consent and authorization required upon an amendment of the Compact, or upon its termination and reconstitution in a new form.

Lawrence explains how the EPA, in this case, at least had the expertise to properly assess the environmental impact of the dam removals, yet the so-called “green” politicians behind the plan are willing to put the environment and countless humans at risk. He goes on:

Former Obama administration EPA officials had directed Oregon and California to address water quality issues pursuant to the CWA Sec. 401 process rather than through the CWA 303(d) and 304 process. EPA compelled California to calculate total daily maximum load of the Klamath River considering upstream point source and nonpoint source pollutants and contaminants, but without regard to the decades-old aggregation and syntheses of such pollutants and contaminants behind the PacifiCorp dams’ walls within the sediments of the adjacent reservoir bottoms. As the result of this shift in federal jurisdiction, Interior officials, lacking the experience and knowledge of environmental regulators, rather than EPA, had conducted the core sampling of the reservoir bottom sediments, the results from which were incorporated within the federal studies and evaluations that served as the justification for dam removal. These evaluations did not measure up to EPA scientific human health risk assessment standards.

Unfortunately, with Klamath County’s recent about-face, the dam removal snowball continues to grow in size and political heft, as the federal and state agencies involved in this enterprise remain unconcerned with the health and safety of Klamath River Basin residents. It is now clear that the politicians and bureaucrats would much prefer to violate the highest law of the land to pursue their own financial and political agendas.“

You can view the brief here or on Scribd