Has The Constitution Failed? 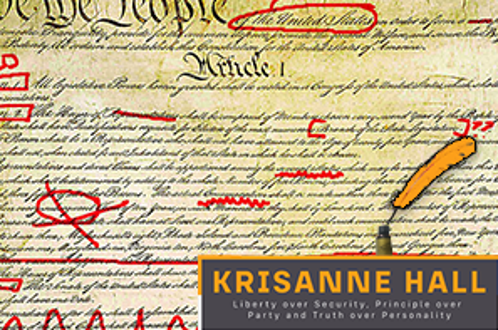 Has The Constitution Failed?

There is an argument that seems to resurface repeatedly that the Constitution has failed and as a result, American politics are out of control.  I have seen these arguments posited by journalists, professors, and Supreme Court justices.  The standard argument declares two failed intentions for the Constitution:

The Constitution was intended to 1) limit the power of government over the citizenry 2) limit the power of each branch of government.  However, the purpose of the Constitution as expressed by the drafters and ratifiers is not to “limit” the central government but to “define its limits.” And that distinction is critical.  Much like a stop sign defines the place at which a vehicle must stop, yet no stop sign has ever stopped a vehicle.

James Madison, historically referred to as The Father of the Constitution, described these boundaries in Federalist #45:

“The powers delegated by the proposed Constitution to the federal government are few and defined…will be exercised principally on external objects, as war, peace, negotiation, and foreign commerce; with which last the power of taxation will, for the most part, be connected.”

Madison knowing that it is impossible for the Constitution itself to limit anything at all, posits this rhetorical question:

“Will it be sufficient to mark, with precision, the boundaries of these departments, in the constitution of the government, and to trust to these parchment barriers against the encroaching spirit of power?”

John Adams, as he was addressing the Massachusetts Militia in 1798, knew like Madison that this was not so.  Adams understood clearly where the blame would lie and that it would not be with an inanimate parchment which had the simple task of directing animate actors where to stop:

“We have no Government armed with Power capable of contending with human Passions unbridled by morality and Religion. Avarice, Ambition Revenge or Galantry, would break the strongest Cords of our Constitution as a Whale goes through a Net. Our Constitution was made only for a moral and religious People. It is wholly inadequate to the government of any other.”

Adams was warning that unless the people are moral and constrained by a higher moral authority, the nature of the Constitution would not and indeed COULD NOT be an obstacle, nor any limit at all, if those in government wanted to ignore it for their own power, greed, or ambitions.  Adams is alluding to the real and tangible limit to government, and its not the words on a piece of paper, it is the PEOPLE collectively who have chosen not to adhere to those words.  If we look out and see failure in the halls of government and across the political landscape, it is not the Constitution that failed us, it is we who have failed the Constitution.  No rational person blames a clearly-printed, well-placed stop sign for a driver who fails to press the brake pedal.

In the “Anti-federalist” document titled Letter From a Federal Farmer to the Republican #6, we see that the drafters of the Constitution expected the “jealousy and vigilance” of the People to be the guardians and limits of government power, as the “strongest guard against the abuses of power.”  Alexander Hamilton wrote in Federalist #33:

“If the federal government should overpass the just bounds of its authority and make a tyrannical use of its powers, the people… must appeal to the standard they have formed, and take such measures to redress the injury done to the Constitution…”

The Power to create money is delegated solely to the Legislative Branch through Article 1, Section 8, Clause 5:

To coin Money, regulate the Value thereof, and of foreign Coin, and fix the Standard of Weights and Measures;

The power to establish debt for the Union is also delegated exclusively to the Legislative Branch via Article 1, Section 8, Clause 2; “To borrow Money on the credit of the United States.”  No one person can lay one credible claim against the Constitution for these actions.  The entire corruption of the monetary system in American lays completely at the feet of the Legislative Branch, supported by the unconstitutional activism of the Supreme Court and the outside interests to which they bow.

Others fault the Constitution for the misconduct of the numerous alphabet agencies in the Executive Branch.  The fact is that Constitution defines a very limited federal government, specifically enumerating its powers and reserving the internal everyday governmental authority to the individual States.

Madison, in Federalist #45, explains to those representatives who will eventually ratify the Constitution the specific limited nature of the federal government and the overriding nature of the powers reserved to the States:

The powers delegated by the proposed Constitution to the federal government are few and defined. Those which are to remain in the State governments are numerous and indefinite. The former will be exercised principally on external objects, as war, peace, negotiation, and foreign commerce; with which last the power of taxation will, for the most part, be connected.

The powers reserved to the several States will extend to all the objects which, in the ordinary course of affairs, concern the lives, liberties, and properties of the people, and the internal order, improvement, and prosperity of the State.

What that means for every American is that the overwhelming majority of executive agencies created by legislative acts of Congress are unconstitutionally created, exercising powers stolen by Congress from the states and unlawfully invested in an unauthorized executive agency.  Americans feel these federal agencies are out of control because they are!  They are not even permitted to exist at the federal level according to the creation and design of our Constitution and the evidence for this fact is incontrovertible and ubiquitous in the writings of the drafters of the Constitution.  Here are just a few:

The Constitution creates the federal government and then specifically enumerates every power it is permitted to exercise; nothing more, nothing less.  Any power exercised that is not specifically enumerated is not exercised because the Constitution allows it, but is exercised in spite of the Constitutions specific intentions to the contrary.  The Constitution can not stop people, agencies, regulations, or laws contrary to its intent, any more than a stop sign can halt a speeding motorist.  Like the traffic notice planted by the roadside, It has no sword, no will, and no power of its own.  The Constitution was built to be a written reminder to the people of the limited nature of government and the standard by which the PEOPLE must hold their representatives.

“The judiciary on the contrary has no influence over either the sword or the purse, no direction either of the strength or of the wealth of the society, and can take no active resolution whatever… It proves incontestibly that the judiciary is beyond comparison the weakest of the three departments of power; that it can never attack with success either of the other two…”

Thomas Jefferson, writing to Spencer Roane in 1819, explained that to claim the judiciary as the ultimate authority to “interpret” or “define” the terms of the Constitution, would transform the Constitution into “a mere thing of wax in the hands of the judiciary, which they may twist, and shape into any form they please.”

“No people will tamely surrender their Liberties, nor can any be easily subdued, when knowledge is diffused and virtue is preserved. On the Contrary, when People are universally ignorant, and debauched in their Manners, they will sink under their own weight without the Aid of foreign Invaders.”

If we want to restore proper government, we do not need to change or get rid of the Constitution.  We must end the ignorance of the people regarding the limited nature of their government and their personal responsibility to confine that government within its designed limited capacity.  We don’t have a stop sign problem, we have a problem hitting the brakes.