Why Idahoans Should Support H.B. 162 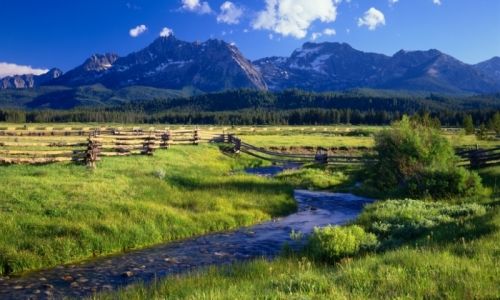 Why Idahoans Should Support H.B. 162

H.B. 162, Idaho Council on Federal Lands, has passed the house and forwarded to the Senate Resources & Environment Committee for a hearing on Monday, March 11, 2019 at 12:15pm.   The purpose of this legislation is providing for a legislative council on federal lands issues.  The created council “shall monitor and review policies and issues associated with federal lands in the state of Idaho”.  Federal intrusion into states has been a primary concern.

The Idaho Wildlife Federation (IWF), Yellowstone to Yukon (Y2Y) partner, and National Wildlife Federation affiliate, is “strongly opposed” to this legislation, preferring that public land remain with the federal government for management.  Partnering with these two organizations should be a clue that if they oppose the bill there must be something good in the bill for us.  But the bill has nothing to do with their premise of land remaining in federal hands.

While IWF states that H.B. 162 “claims to seek a closer relationship with the federal government” they are really scared about the possibility of a “public lands takeover” by the council, which is not even addressed in the bill.  Remembering their partnerships with groups that believe there should be restricted land use, especially working to take more land for conservation, it is no wonder they don’t want legislators scrutinizing this problem with the federal government.  Jurisdiction and Idaho sovereignty are other areas the Council will monitor.

Also of concern to IWF is relinquishing “our right to guide public land policy”.  Given the partnerships between the federal government and non-governmental organizations (NGO) that control land use decisions rather than citizens, it is no wonder IWF is concerned about losing this control as a partner to Y2Y.  IWF even has a generic petition for keeping land in federal hands.  There is nothing in H.B. 162 that indicates the purpose is selling land.  The pre-written statement in the petition speaks to issues that are not even related to the intent of H.B. 162, and especially doesn’t reflect that we are a Republic, not a Democracy.

Another petition specific to opposing H.B. 162 is circulating by an unknown group, although both the IWF petition and this one are sponsored by the same source, fastAction.  Any person from any state, or country for that matter, can sign this petition and truly falsify the data for opposition.  Again, this petition gives false information about the bill, the bill is not about transferring federal lands to the state.

IWF is recruiting their members to come to the Capitol during the hearing in opposition of the bill.  The Senate Resources & Environment Committee need to hear from us that we support further scrutiny of the federal government on land issues, that our sovereignty and jurisdictions are protected, and as the bill states, are given the opportunity to provide input as “interested and affected parties”, which gives a voice to us that has been continually stolen by the NGOs.  The Committee can be contacted here, and spread the word so other Idahoans can support this bill.