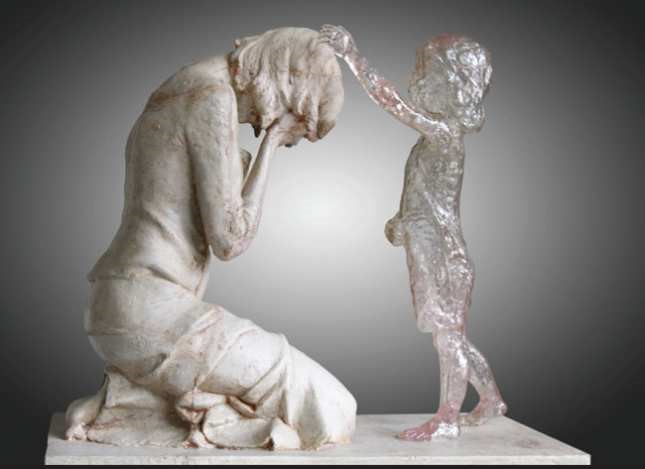 “The ceremony of innocence is drowned.” – William Butler Yeats ‘The Second Coming’

I recently posted on a Facebook site – dedicated to making Eastern Washington State its own state – that the quickest catalyst to make statehood happen would be if our Democrat Legislature in Olympia were to pass a bill like New York and Virginia allowing abortion at full term.

Eastern Washington is largely Conservative, whereas Western Washington, especially around Puget Sound, is extremely liberal. In fact, one can see the majority of state voters with the naked eye from the Space Needle in downtown Seattle.

The argument for abortion from the Pro-Choice crowd used to be the question of when a fetus became a human being. Conservative Christian voters would say it began with a fertilized egg because there was no specific Scriptural direction on where to draw the line. The Christian thought process that ending life, or potential life, at any pre-natal stage was still the murder of an innocent, and so it should not be officially sanctioned.

From the Left, at least there used to be some question about when a viable life begins, but with full term abortion no question can remain. If there is only a few moments between a child emerging from the womb into a warm blanket, with one of those adorable little caps on, and yet on the other hand sticking a scissors into the same tender skull from a welcoming committee of professional healers, then we have gone in the wrong direction.

The Canaanites of antiquity were well known for throwing their infants and young children into the fiery arms of a heated up metal image of the god Molech. The Canaanites wanted the convenience of having a better harvest more than they wanted babies. In their minds Molech must be appeased to keep the good times rolling. Still, there must have been some thoughts going through those ancient minds about right and wrong, and selfishness.

My mother became very ill once and nearly died. The priest gave her last rites and she even had one of those near death experiences. Shortly after that she became pregnant with me and the medical world of 1953 informed her it would be safest to have an abortion. My mother didn’t know me yet, I wasn’t much more than a zygote, but she knew that when she met me she would love me and give her life for me. We did okay.

Doesn’t the same thoughts go through the minds of Americans who would sanction a full term abortion? Or are they as far gone as the Canaanites? Have they no sensitivity or imagination? I went on a pro-life march in downtown Spokane last summer and some of the marchers carried signs of aborted fetuses chopped up during the operation. Some of the drivers going by shouted foul play since it shocked their sensitivities. And yet we were brought up with macabre photographs of the Jewish Holocaust to teach us not to let such an inhumanity happen again. It is all out of sight and out of mind until we are shocked into reality.

Martin Niemoller said “First they came for the socialists, and I did not speak out—because I was not a socialist. Then they came for etc. etc.… Then they came for me and there was no one left to speak for me.” Mother Theresa said, “If a mother can kill her own child, what is left for us but to kill each other.” What has become of the Canaanites? What will become of us?