The Case for Raising Pay of KC Sheriff’s Employees 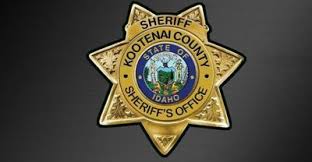 The Case for Raising Pay of KC Sheriff’s Employees

The men and women of the Kootenai County Sheriff’s Office are grossly underpaid. This must be fixed – the status quo fails to recognize the risks they take and the sacrifices they make; harms public safety; and is fiscally unsound.

As the table below shows, we pay our deputies 15-20% less than they could make at a nearby department – at all levels of experience, whether they work in the jail, patrol the streets, or investigate major crimes.

No one goes into law enforcement to get rich. They do it because they want to protect and serve the community. But – they bear the sacrifices of missed family holidays and midnight shifts. They bear the risks of injury and death. Last year alone, 148 law enforcement officers lost their lives in the line of duty[1]. Assaults on law officers, often resulting in injury, are common[2]. We – the people that depend on them to come when we call and to find, arrest, and house dangerous offenders – owe them fair compensation.

Furthermore, the current compensation scheme makes us all less safe. In 2018, eight sworn personnel left the Sheriff’s Office voluntarily before retirement. At least five went to work for other law enforcement agencies. They (and their years of experience, training, and expertise) were replaced (or will be, given how hard it is to recruit deputies in 2019) by rookies. An officer fresh out of the academy is not equivalent to an experienced professional. I know – as a state and federal prosecutor, I put murderers, drug dealers, and child rapists in prison, or didn’t, because of the quality of the work done by the involved officers.

Finally, underpaying costs us in the long term. I’ve been told by several county officials that replacing a deputy – recruiting, hiring, and training a replacement – costs the taxpayers more than $100,000. I believe it. Replacing each deputy that leaves means advertising the opening, conducting the initial testing, paying for the background check, drug test, and polygraph, paying for the academy and their salary while at the academy, and paying them during their post-academy training. Replacing the eight deputies that left cost the taxpayers at least $800,000. Wouldn’t we rather pay that upfront and not lose the experience and expertise that they took with them?

We must pay our deputies more. The current compensation system is unfair to them, makes us all less safe, and is fiscally unsound. Please contact your county Commissioners and tell them you agree with me.