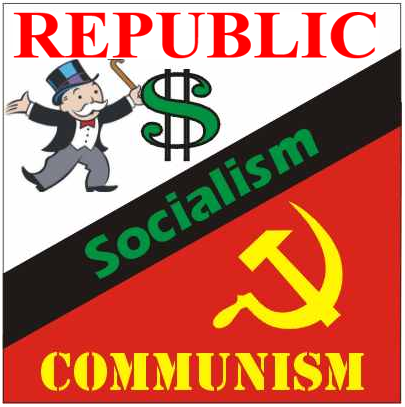 Socialism, is it utopia, as many of our politicians are stating, or is it a poison pill? You can make up your own mind after reading this. When a person is willing to give up their sovereignty for a promise by a politician that they will make everything free to them, including home rent, health care, food, vacations, economic equality even for people that refuse to work, and many more outlandish promises.

Most of the promises are for things that a person, after a long life of working hard and saving their money, would have when they retire, but with these promises, who needs to save, or work hard, or even work? These promises remind me of a sign on the back of a horse trailer. It said, “Be careful entering this trailer as the floor is lined with politicians’ promises.”

These promises are not anything new, as they have been told to people for a very long time. The movie that was most descriptive to me was Doctor Zhivago, a story about a Russian doctor seeing first-hand what transpires when socialism, communism, takes over the minds of the common man. He had opportunities to leave Russia, but his love for his country regardless of its form of government, compelled him to stay in Russia.

The anticipated powers-to-be start killing each other until one emerges to become the ruling party, then everyone is relegated to be a peon. As for those promises that were made? Forget them, because if you complain you will not be heard from again, or even seen again, and the same applies for your family members.

All we have to do is take a good look around the world at the countries that have chosen to go down that road. What happened? Argentina, I think we have all heard the song from Evita, Don’t Cry for me Argentina; Hitler’s National Socialist Party of Germany; Russia’s Socialist Communist Party of Joseph Stalin; China’s murderous Mao; Venezuela’s Chavez and Maduro; Cuba’s Fidel Castro, North Korea’s crazy Kim and Great Britain, drawing ever closer to total socialism, with only Brexit possibly saving them.  And, in the close horizon, if not already in the throws, all of the EU.

The EU has some stand-out examples of socialism at work, or not at work.  Greece, for example, where the Socialist politicians promised all the same things our current radical Socialist Democrats are promising to our country’s youth and other uninformed people. Most of the people making all these promises are sure that they will be regarded as part of the ruling party and will not become a part of the masses. We see more and more of the EU nations collapsing under the surge to socialism. 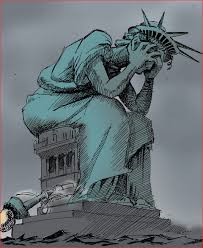 Germany has control of all of them under the head of Angela Merkel. Germany’s Hitler failed in his attempt to take over the world by force, however it appears Germany is poised to take on the world using open borders and socialism to do it. It is easy for them, as more than half of the people had been restrained by Soviet Socialist communism  for a very long time and some restraints in the beginning were easy to install and add to as they progressed their program.

Here in the US we were financially hobbled in the waning time of Bush, with the help of Dodd/Frank, and then we had 8 years of Obama and his socialist agenda. We need to wake up our youth before they are deluded, impoverished, imprisoned and enslaved by the shackles of socialist/communism. People may ask, “What is the difference between socialism and communism?” I respond, in the end, the only difference is the spelling.

In the beginning, socialism’s intent is to bring about the sharing of our resources with the people of the nation, hence getting the votes of those that have been primed with the feeling of being the victim, as communism’s main intent is to control the masses. That means as soon as the government runs out of resources to share and the people become angry that they aren’t receiving what they had come to expect, the government quickly becomes communist. It happens very easily, as the people have already surrendered their sovereignty to the socialist government. We see this in full bloom in Venezuela where the flow of goods had dried up and the populace was beginning to riot, so, Maduro brought in the Military to stop the riots and stop anyone else from being able to give humanitarian aid. In reality they have become a communist nation. 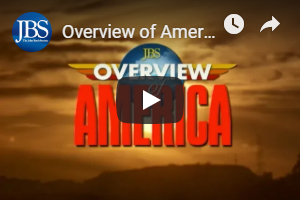 We have complicit media that support the socialist agenda with propaganda and fake news, anything to divide us and destroy the country our forefathers fought, died and struggled to build. Without a free and unbiased press, we are ripe for enslavement.

Please see the eye opening 29 minute video ‘Overview of America’ with an in-depth explanation of all the different types of government. I was blown away by the presentation, and highly recommend it.