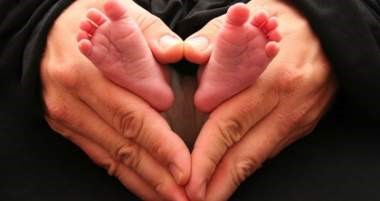 Two pro-life constitutionalists in the Idaho state legislature are deadly serious about putting an end to the abortion slaughter in the Gem State. They have thrown down the gauntlet on the abortion issue. Boasting the best voting records in Idaho with the state Constitution are seasoned Representative Heather Scott and freshman Representative John Green, who are cosponsoring a bill to end the murdering of unborn human beings. Their bill, The Idaho Abortion Human Rights Act, would close loopholes that now exempt abortion from the state’s murder statute.

The Scott-Green bill is in marked contrast to the recently passed legislation in New York permitting pre-natal infanticide up until birth, and in Virginia, where even post-natal infanticide may now be permitted. New York Governor Andrew Cuomo sent a shock through the nation in January by signing into law a bill that allows pre-born babies to be killed up to the moment of birth.

Cuomo, a Democrat, called it a victory for “our progressive values.” Then he and state legislators celebrated the license-to-kill law by having the spire of the One World Trade Center lit up in pink. Thomas Peters tweeted a night photo of the display, with the apropos comment: “Now it looks just like the needle that is used to supply the lethal injection to the living unborn child.” Virginia Governor Ralph Northam, also a Democrat, upped the ante by declaring that, under new legislation in his state babies could be killed even after birth, though the bill’s proponents say that is not true. The bill has currently been tabled.

Section 18-4001 of the Idaho Code defines murder as “the unlawful killing of a human being including, but not limited to, a human embryo or fetus, with malice aforethought or the intentional application of torture to a human being, which results in the death of a human being.” However, other portions of state law permit abortion. Section 18-4016, Idaho Code, specifically exempts doctors performing abortions and the women who request them from being prosecuted for murder.

Representatives Scott and Green are determined to end this injustice. In a press release, they state, “The Idaho Abortion Human Rights Act is a bill honoring Article I, Section 18 of the Idaho Constitution, which states in part that ‘Courts of justice shall be open to every person,’ and ‘right and justice shall be administered without … denial, delay, or prejudice.’”

Separately, Idaho Code 32-102  states in part that “a child conceived, but not yet born, is to be deemed an existing person.” The Idaho Abortion Human Rights Act is aimed at the heart of the issue regarding abortion, noting that Article I Section 1 of the Idaho Constitution states, “All men … have certain inalienable rights, among which are enjoying and defending life…and securing safety.”

“By allowing legal access to abortion in Idaho statutes, Idaho is currently alienating what are supposed to be the inalienable rights of all persons in the jurisdiction of Idaho,” say Scott and Green. “The act also strikes at the core of the abortion issue as to why abortion is wrong, that it is murder,” says the legislative duo. They go on to remark: “In footnote 54 of the Roe v. Wade decision, Justice Harry Blackmun, delivering the opinion of the court wrote that Texas’ attempt to argue to the Supreme Court the right to life of the fetus failed because Texas did not itself treat the fetus as a person in its own statutes when it allowed exceptions for abortion and when it did not treat the mother securing the abortion as liable for any crime. The Idaho Abortion Human Rights Act is the first legislative proposal in Idaho since Roe v. Wade, without exceptions, that honors the preborn persons as worthy as the rest of us in regards to fundamental human rights and equal protection under law.”

According to Scott and Green, their bill is not specifically aimed at establishing a court challenge to Roe v. Wade, which “progressives” worship as holy writ. “The act is also not an attempt to establish a test case for federal judicial review,” they say. “  Rather, it recognizes that the courts render opinions that are sometimes unconstitutional and that the State of Idaho and its officers are bound by oath to original interpretation of the constitutions. Idaho, as a sovereign state within the federal republic, has the fundamental duty to act as a check and a balance to the federal government when it errs on constitutional issues. The executive and legislative branches are to act as a check and a balance against unconstitutional errors of the judiciary. In fact, courts don’t make laws, legislatures do.”

As to be expected, Planned Parenthood is opposing the Scott-Green effort. “Obviously we find this bill very problematic,” said Mistie Tolman, Planned Parenthood’s Idaho director. Obviously, for it could seriously cut into Planned Parenthood’s profits. As David Bohon reported recently for The New American, the abortion giant’s latest financial reports showed $1.4 billion revenue, of which $563.8 million came from government funding, which is to say from the taxpayers. “It seems to be both a personhood bill and a nullification bill all rolled into one,” said Planned Parenthood’s Tolman, and is “just another thinly veiled attempt by these politicians to restrict women’s access to reproductive health care.”

Nullification Works
A recent example of Idaho exercising its sovereign status against federal overreach can be found in Idaho Senate Bill 1332 of 2014, the FEDERAL FIREARM, MAGAZINE AND REGISTER BAN ENFORCEMENT ACT. This act passed unanimously in the Idaho House and Senate and was signed into law by then Governor C.L. “Butch” Otter. SB 1332, now Idaho Code 18-3315B, directs Idaho officials to ignore or defy federal laws that are contrary to the Idaho Constitution’s Article I, Section 11 regarding firearms. In the same fashion, the 2019 Idaho Abortion Human Rights Act asserts Idaho’s authority to ignore or defy federal laws or court opinions that are clearly contrary to the rights contained in the Idaho Constitution.

“Governor Otter hardly had any choice in the matter, since he was pressured with a unanimous vote of both houses of the legislature,” wrote Michael Lotfi at TruthInMedia.com, on March 21, 2014. “S1332 passed the house by a vote of 68-0 and the senate by a vote of 34-0. At that time, Alaska and Kansas had also passed similar laws.”

Lofti reported that “Erich Pratt, Director of Communications for Gun Owners of America, cheered the governor’s action. ‘By signing this nullification bill into law, Idaho has joined an elite class of states that are telling the feds to “get lost” — especially when it comes to unconstitutional gun control infringements.’”

Will Dems’ Baby-killer Strategy Backfire With Voters?
Will all this in-our-face insanity from the prenatal-infanticide extremists cause a backlash among voters? Will it generate a wave of sane resistance in legislatures across the land? It is already doing so, as evidenced by recent headlines in the New York Times and other pro-abortion media outlets. Times political writer Sheryl Gay Stolberg went totally partisan on February 18 in an article with the headline “Republicans Already Are Demonizing Democrats as Socialists and Baby Killers.” Actually, the Republicans don’t need to demonize, the Democrats are in full self-demonization mode, and apparently, don’t even realize it.

Currently, legislation similar to Idaho’s is being considered in several states. In Oklahoma, SB13 is brewing, sponsored by Senator Joseph Silk. The Oklahoma effort is being bolstered by an aggressive social-media campaign featuring powerful messages on two-minute videos. (See videos below) 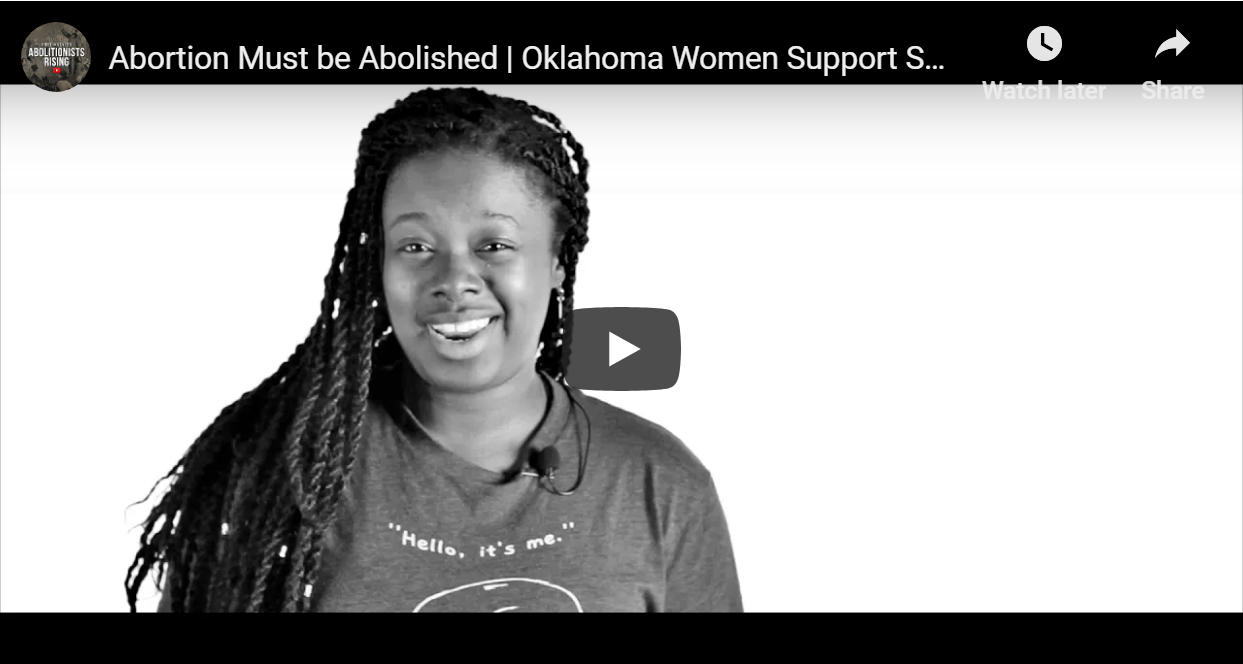 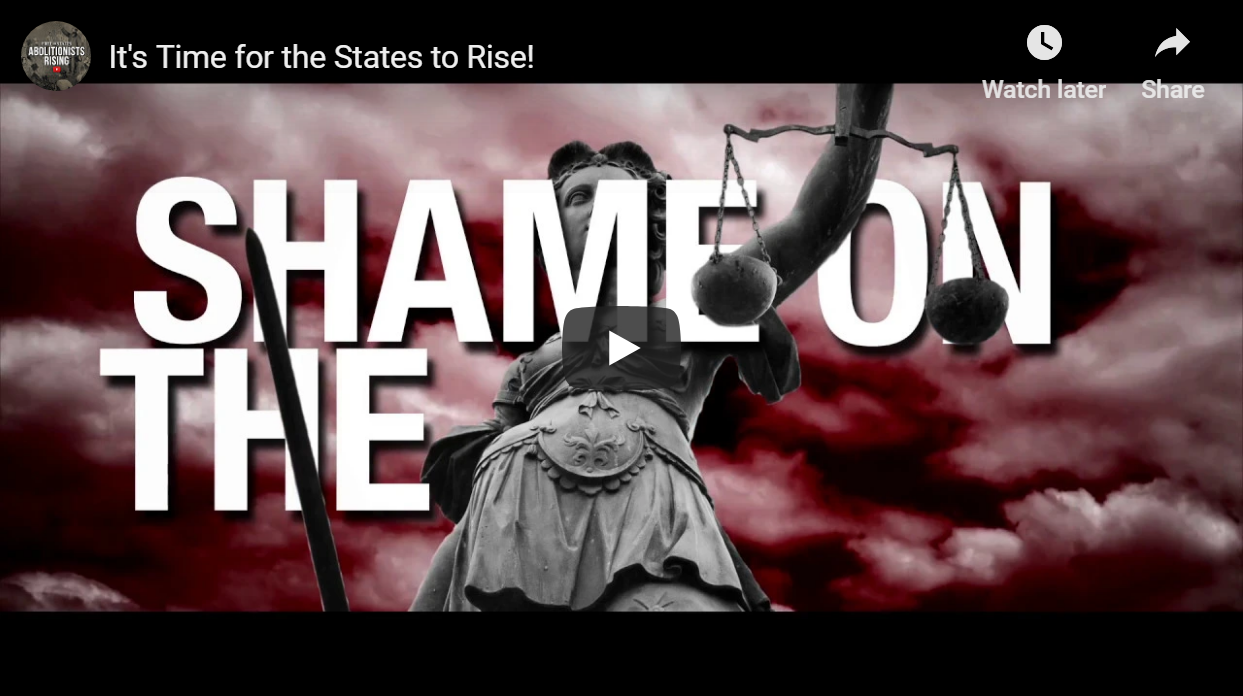 In Texas, a bill in the house, HB896, sponsored by Representative Tony Tinderholt precipitated 75,000 petitions being received the day before Governor Abbott’s State of the Union address. In Indiana, Representative Curt Nisly is sponsoring House bill 1430.

Representative Scott says she thinks the bill will pass in  committee because the people and the legislators are pro-life; they just haven’t been presented with this type of bill previously. She pointed out that all the previous pro-life type of bills have been incremental in approach, trying to outlaw abortion at various stages of killing a baby. “Murder is murder, but we make an exception for doctors and women, that want an abortion, to kill babies,” says Scott. “This bill is just basically saying we are not going to kill babies.”