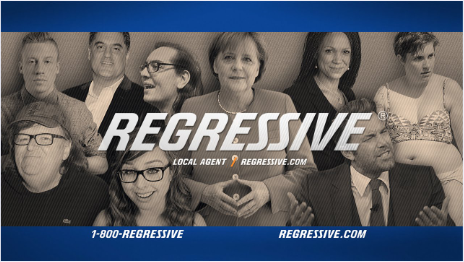 Regressives on the left have a simple strategy for taking control of all of American society, one segment at a time. They use the same strategy every time, but clueless conservatives, especially lawmakers, fall for their tricks over and over. When they say, “We just want the same rights you have,” don’t believe them, not even for a minute. They are not interested in equality, they are interested in supremacy.

They are never satisfied with getting freedom. They will not be content until they have the freedom to do what they want but you don’t.

And so slowly they inch their way forward, gaining punitive control over birth, marriage, adoption, the family, education, and government.

Things move in a irresistable line, from unthinkable, to permissible, to mandatory.

The examples are virtually endless and grow by the day. For instance, once sodomy was an unmentionable crime in every jurisdiction in America. It was so odious that it was called “the sin that must not be named.” But homosexual activists convinced gullible Americans and even the Supreme Court that such prohibitions were hateful, homophobic, and un-American.

The Supreme Court ignored its own precious doctrine of stare decisis (it had ruled in 1986 that laws against sodomy were constitutionally permissible) and decided that homosexuality is not only okay, but nobody is allowed to say otherwise in law. In so doing, they took away the right of the American people to govern themselves on this issue. And now, if you don’t embrace the LGBT agenda, you will get fired, fined, or worse. This sin went from a being a crime to a becoming a mandatory national virtue.

Homosexual marriage until late in the 20th century was likewise unthinkable. It was so contrary to the laws of nature and nature’s God that it was not only not recognized, it was literally unthinkable. It violates the laws of biology, generates untold numbers of sexually transmitted diseases, and makes procreation impossible, which is one of the primary reasons cultures sanctify marriage as the union of one man and one woman. But again the Supreme Court ignored its own precious doctrine of stare decisis (it ruled in 1972 that same-sex marriage is not a question for the federal government at any level, including the judiciary) and like tyrants, ordered all of American to accept sodomy-based marriage or else.

So gay marriage went, in short order, from being unthinkable, to being permitted, to being mandatory everywhere.

Homosexual adoption is a third example. Adopting kids into homosexual households was once not only illegal but unthinkable. What culture, in its right mind, would put vulnerable children, who were already the victims of emotional trauma, into homes without either a mother or a father and headed by sexual deviants?

But since the Supreme Court threw reason, common sense, and the Constitution itself out the window, gay adoption has gone from unthinkable to permitted to mandatory. In fact, so mandatory that if you will not endorse it as an adoption agency your doors will be closed and you will be put out of business altogether.

A Christian adoption agency in Syracuse, New York, New Hope Family Services, has been providing adoptions since 1965. It has placed over 1000 children in adoptive homes without a single complaint. The state initially praised New Hope after a site visit, but then someone read the agency’s manual and discovered that, because of their deeply held religious convictions, the faith-based agency only places adoptive children into a home with a married mother and father and refers same-sex couples to other adoption agencies.

So New York ordered them to embrace homosexual adoptions or they would come and padlock the doors. New Hope has never accepted a dime of government funding, and funds the ministry through support from churches, individual donors, and private grants.

With the help of Alliance Defending Freedom, New Hope is fighting back. Ironically, New Hope is being discriminated against quite baldly in the name of an anti-discrimination law. As ADF points out, New Hope is being “being singled out, punished, (and) disfavored because of its religious beliefs.” What New York is doing sounds like blatant discrimination to me, as well as being an egregious violation of the First Amendment’s guarantee of the “free exercise” of religion.

New Hope is far from alone. Faith-based adoption (and foster care) providers have been shuttered in Massachusetts, Illinois, Washington, D.C. and California.

This dangerous and truly un-American trend must be halted if faith, liberty, and strong families are to be protected. Perhaps New Hope can be the place where the out-of-control homosexual agenda can be stopped dead in its tracks and the Great Reversal can begin.