WomenOnTheWall.org Appeals To President Trump About ‘Medicalization of Our Schools’ 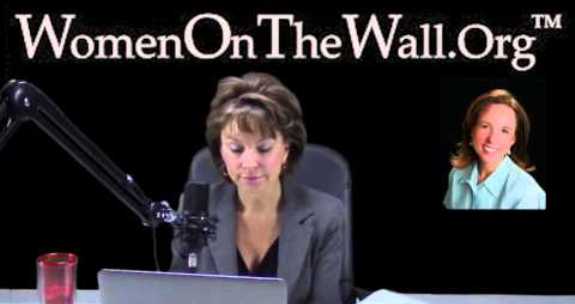 WomenOnTheWall.org Appeals To President Trump About ‘Medicalization of Our Schools’

WomenOnTheWall.org has asked CHQ readers and friends to join parents, grandparents and taxpayers across America who are saying #NotMyChild to the “Medicalization of Our Schools” through Medicaid.

They believe this expansion to be one of the most diabolical, intricate, and subversive schemes to plague the landscape of American public policy toward Socialism.

This atrocity, they say in their appeal to the President, is “The Medicalization of Our Schools.”

According to Anita Hoge, Karen Bracken and Anita Linahan the view from the classroom of today would astound onlookers that mental health and social, emotional, and behavioral interventions have replaced academics. With these wrap-around mental health services and interventions into personalities, values, beliefs, and dispositions at school, teachers are expected and forced to monitor and collect personal behavioral data on our children that has nothing to do with education.

This personal data is freely given and used by outside contractors, foundations, and businesses to create software, curricula, activities, and programs that delve into changing the personal qualities of children and their families according to a government set of objectives. Schools represent a “captive audience” and as such, prime targets for social policy change say Hoge, Bracken and Linahan:

From a purely educational viewpoint, this could be termed “The Destruction of the American Educational System.”

From a health care perspective, this could be viewed as “The Subversion of the World’s Finest System of Health Care.”

From a societal vantage point, this could be described as “The Subduing of the American Family.”

Because of the integration of business and labor, this could also just as accurately be dubbed, “The Collectivization of American Capitalism.”

Analyzed from a public policy perspective, it could be called “The Demise of Representative Government.”

Anita Hoge, Karen Bracken and Anita Linahan say all of these titles would be accurate because each of them describes different appendages of the same program. What is involved in the “Medicalization of Our Schools?” At issue is Medicaid with screenings and interventions that take place under the cloak of prevention and “health.”

Once the government-sponsored health insurance program for the poor, Medicaid has now moved mainstream into our schools. It is paying salaries, funding multiple programs that boldly intrude into the sanctity of the home, and is the cause of escalating federal and state budgets. If this weren’t objectionable enough, the Medicaid component is but one spoke on the wheel of the larger societal restructuring movement that clearly orchestrates a number of large federal entitlement programs to produce what the Obama administration called a ‘safety net and prevention.’

In reality, say Hoge, Bracken and Linahan, if left unrestrained, it will become a “seamless web” through which no one will fall and ultimately no one escapes. The merging of federal data in HR 4174 escalates this agenda. To add your name to this urgent appeal to President Trump to end the “Medicalization of Our Schools” go to WomenOnTheWall.org.

The universal screening of every normal child for social, emotional, and behavioral mental health problems has become the policy to identify as many children as possible for free federal Medicaid money. Our schools are milking the system through bureaucratic maneuvering. This future impetus combines Education and Welfare programs into a common thrust that appears to have bypassed our state legislatures. The fiscal impact of the merging of education and healthcare has not been thoroughly researched as the Medicaid program spans birth to age 20.

Yes, say Hoge, Bracken and Linahan, American children are in danger of pure behavioral conditioning as a lucrative business. Our children are victimized by the intruding arm of government moving toward a controlled monopoly. The larger wheel of implementation includes FERPA, Family Education Rights In Privacy Act, and ESSA, Every Student Succeeds Act, and both are to blame for the forward movement of these destructive combinations that include data-mining of our children, the identification and labeling of normal children as mentally disabled but not special education, psycho-behavioral interventions to change American children toward this collectivist state, and Medicaid that will pay for this abomination with its tentacles into the family with eventual case management in an Individual Family Service Plan.

This plan assures that every American child will be identified with a unique national ID and a re-cycling system of behavioral interventions laid out in ESSA. The impact of a child having a DSM code (Diagnostic Statistical Manual For Mental Disorders) on their permanent record because of a mental health Medicaid reimbursement would have many future consequences including access to higher education, getting a job, or never owning a gun which would erase the second Amendment in several years. American children are at risk of losing America in their future.

We believe that if he was made aware of the destructive ramifications of these government programs President Trump could and would stop the “Child Abuse in the Classroom” that is being thrust on our American children today. Former President Obama had issued an Executive Order that unlocked the doors of privacy which now allows our children to be data-mined of their personal information which includes social, emotional, and behavioral information. FERPA must be changed.

Anita Hoge, Co-Founder Child Abuse in the Classroom, Karen Bracken, Co-Founder Child Abuse in the Classroom, and Alice Linahan, Vice President of Women On the Wall have launched this appeal to President Trump requesting that the truth be told to parents about the conditioning techniques codified in ESSA and performed without informed written parental consent that can be stopped by our President.

We join WomenOnTheWall.org in appealing to President Trump to take the steps necessary so that America will continue to be the guiding light of the world, to educate our children with the best education in the world, and prove to the non-believers that our children can compete with anyone in the world.

To add your name to this urgent appeal to President Trump to end the “Medicalization of Our Schools” go to WomenOnTheWall.org.