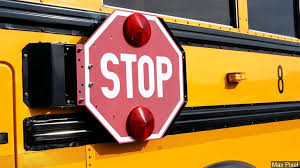 Coeur d Alene School District 271 is asking for another levy in the amount of $40,000,000 for the next two years.   The election is March 12, 2019.   All taxpayers in Kootenai County will be required to provide these funds through increased property taxes.

Sunshine Reports are campaign finance reporting rules.   It was important to find out who provided the funding for this expensive school district mailer supporting the levy in 2017.  After contacting the Kootenai County Elections Office Manager, they informed me that all lobbyist groups must go through that office and this group did not.  They called the Idaho Secretary of State’s Office for more direction.  The reply was that School District Levies & Bonds are  EXEMPT from campaign finance reports.   The Elections Manager was as surprised as I was to learn that Idaho taxpayers could not find out the names and funds of people who were supporting a huge increase in funds for the schools.

Idahoans are very generous people but there seems to be a lack of transparency in funding for expensive mailers supporting a costly levy.  This is not just local to the Coeur d’ Alene School either.  An article in the Post Register addressed a failed bond for Idaho Falls School District 91 and when a reporter inquired as to a release of the names of those who contributed to support the bond they declined to provide the names.  The reply was if the laws were changed they would follow the law.  In other words, they didn’t have to therefore they did not.

Therein lies the problem and a possible solution for information of groups that support and fund School District’s Bonds and Levy’s.  Previous bills have been submitted in 2016 at the legislative level but never received a committee hearing.  The problem is no transparency in who funds the campaigns and the solution is for YOU to contact your legislator and senator to bring transparency laws to the taxpayers.  There is a vote on March 12, 2019 for the new levy.  Watch your mailboxes and see what group is supporting it.  Unfortunately you will not know who financially backs the levy because the law says they are exempt.