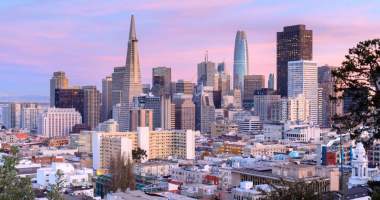 The next time moviemakers in Hollywood need to film some scenes of societal breakdown, anarchy, and apocalyptic images, they can save a lot of money on their special-effects budget. All they need to do is load up their cameras and head down Hwy 101, get off at downtown and start filming the Skid Row district in Los Angeles.

They can point their cameras anywhere and be rewarded with stark, unsettling images of a major American city falling apart. A permanent stench of urine permeates the air, and trash is strewn everywhere. Makeshift encampments made with blankets and tarps exist among the urban concrete landscape. Lucky inhabitants of the area can sleep in abandoned vehicles or tents.

According to the Los Angeles Times, the population of Skid Row has increased more than 75 percent in the last seven years. Today, police estimate that as many as 55,000 men, women, and children are living on the streets in downtown Los Angeles. Reasons for that vary, but include a lack of affordable housing in California, a culture of rampant drug use, an epidemic of mental illness and, of course, illegal immigration.

In 2018, the City of Los Angeles documented a drop in the homeless population, but the city’s annual count of homeless individuals still showed that over 52,000 people live on the streets of L.A. Mayor Eric Garcetti, who was considering a presidential run, believes that the federal government needs to step up.

“It’s time for the federal government to step up too,” Garcetti said at the kick-off to 2019’s annual “homeless count” in Los Angeles. Garcetti suggested that Washington, D.C.’s homeless problem was worse than L.A.’s per capita. “[The homeless are] right next to the White House, right next to City Hall.”

“This is something where every government leader needs to put down partisanship and produce results.”

And even when low-income residents of Los Angeles can find a roof to live under, there’s a good chance that the place is infested with rats and the accompanying fleas. If Bubonic plague were ever to make a comeback, Los Angeles could be ground zero for it.

Los Angeles was once considered a paradise. Now, for many, it is a foul-smelling place bereft of hope. If homelessness in America had a capital, this would be it. But it’s far from the only place where squalor is spreading.

If you head north on I-5 from Los Angeles, you’ll eventually wind up in San Francisco, where Tony Bennett famously left his heart. Nowadays, the crooner’s ventricles must compete for space among discarded drug paraphernalia, increasingly aggressive panhandlers, and human feces in the streets.

Financial manager Bill Blain documented at Zero Hedge what he saw on a recent visit to the City by the Bay: “I found it quite shocking the number of folks sleeping rough on the sidewalks, the smell of weed and drug impedimenta everywhere, the filth, the mental illness and degradation on view just a few meters from the financial center driving Silicon Valley. It’s a city where the destitute seem to have become invisible to the Uber hailing elites.”

Last year, NBC Bay Area conducted an unofficial survey of a 153-block area of the city. The survey found trash on every block, more than 300 piles of human feces on 96 of those blocks, and more than a hundred used drug needles just lying on the streets of the city.

San Francisco is one of the wealthiest cities in the world. It is now, also, one of the most disgusting.

But that’s not where the disgust ends. Another 650 miles up I-5 is the City of Portland, Oregon, a hotbed of progressive politics, Antifa thugs, and filth.

“Our city has become a cesspool,” said Daryl Turner, the president of the Portland Police Association. “Livability that once made Portland a unique and vibrant city is now replaced with human feces in business doorways, in our parks and on our streets.”

According to Turner, Portland Mayor Ted Wheeler has told police officers to look the other way on certain crimes committed by homeless persons.

Completing the trip up I-5 brings us to Seattle, Washington. Seattle’s homeless problem has been described as the worst in the United States per capita. King County, where Seattle is the principal city, has the third-highest population of homeless people in the United States — only Los Angeles and New York have more.

Similar scenes of squalor abound in Seattle. Trash collects in heaps under highway overpasses, where the homeless gather to escape the city’s famous rain.

Two building booms are happening simultaneously in Seattle. In one, high-tech towers are sprouting up all over the city, representing wealth and new business. The other features blue tarp, tents, and the accompanying clutter and stench of the unwashed and underfed communities of still more homeless persons.

In Seattle and the other cities, the homeless tend to gather in communities; encampments of their own making. By banding together, the homeless feel a sense of security in being among others in similar circumstances. In 2017, the Seattle City Council voted to allow three more encampments of up to 100 residents each.

“Permitted encampments are not, in my view, a long-term strategy to end homelessness,” said then-Seattle Mayor Ed Murray. “But planned, organized encampments have less impact on our neighborhoods and provide a safer environment than what we see on our streets today.”

All of these cities have several things in common. They are all places of great wealth. They all throw millions of dollars at their homelessness problem with little to no result. And all have been governed by leftists for literally decades.