WA’s I-1000 Affirmative Action Bill injures equality which should be based on merit. 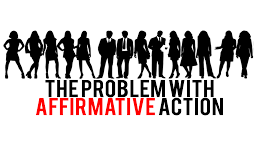 WA’s I-1000 Affirmative Action Bill injures equality which should be based on merit.

In 1998 I was working for Hewlett Packard Corporation in Liberty Lake, WA. I was happy to have been hired in 1994 since HP had a reputation of treating their employees well. The Founders Bill Hewlett and Dave Packard were Pioneers in understanding that treating your employees with respect effected the bottom line in a positive way. HP never had union problems that I knew of. Thus, HP had very little turnover.

I knew going in that little turnover would mean that it would take me a few years to be able to rise in the company, despite the fact I had a BA in Operations Management, and achieved my certification by passing the exams to obtain a Certification in Production and Inventory Management CPIM. Both my degree and CPIM status would have been welcome in any manufacturing company.

Shortly after being hired I learned the corporate culture of Hewlett Packard valued diversity in the work force above every other value. If one was a straight white male it was a handicap to promotion, unless you were an irreplaceable engineer. After six years as an employee I was still at the same entry level. The aura of political correctness was so thick it was dangerous to complain. When Washington Initiative 200 passed in 1998 it seemed there would be some hope since it banned discrimination and preferential treatment due to sex, race, and age. HP responded by making their affirmative action standards even more robust since they were headquartered out of California.

In 1999 there were openings for 7 mid-level floor supervisors. I applied but didn’t make the cut. They hired two blacks, two gays, a women from Vietnam, a woman from Poland and one white guy who was the biggest bootlicker in the operation. One thing they all shared in common was that none of them had a degree.

Such a policy by Hewlett Packard was wrong for two reasons. It is reverse discrimination, and also telegraphs to minorities that they are inferior, and need a handicap to make it a level playing field. Two weeks after 911 HP (now spinoff Agilent Technologies) announced they needed to lay off a large percentage of their work force. I volunteered and gladly accepted my severance pay to be rid of that Orwellian Organization and start over elsewhere.

The facilities at Liberty Lake and other satellite locations suffered during the Tech Wreck, but in part because of their poor business practices of social engineering. Half of the Liberty Lake site was relocated to Malaysia and the other half to Scotland. The site had employed around 1400 people.

Now we are faced with Washington Initiative 1000. If it passes it means that characteristics such as race, sex, color, ethnicity, national origin, age, sexual orientation, disability, or veteran status could be used as factors when considering a person for education or employment. This has never worked and is unfair. It is a step in the wrong direction. I can understand why some minorities may feel it is a needed balance to fairness, but Asians don’t seem to sympathize since “Washingtons Asians for Equality” want to be judged on their own merits.

Martin Luther King marched for equality of opportunity, not for revenge. Many decades have passed since discrimination to minorities and women was a practice in the United States. Most people who were victims of official discrimination have passed on or retired. Let’s not become what we hated. Two wrongs don’t make a right.