The biggest land grab, ever 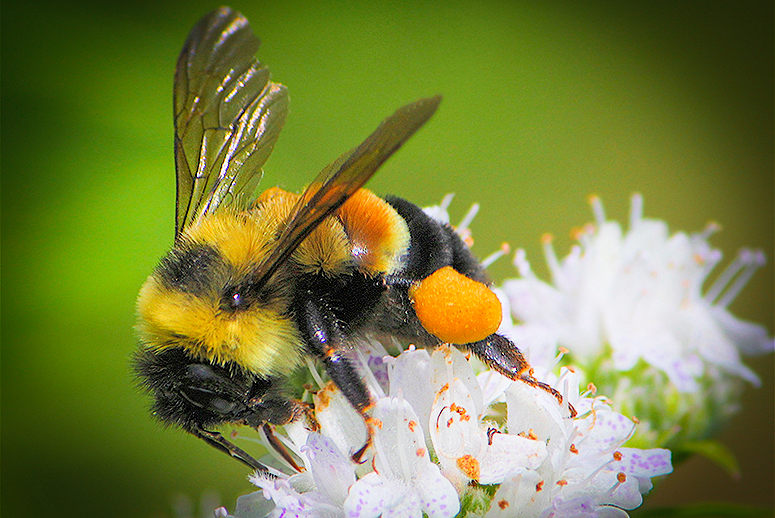 The Biggest Land Grab, Ever

The Natural Resources Defense Council recently sued the Department of the Interior for failing to designate “critical habitat” for the “endangered” rusty patched bumblebee, thereby reducing the bee’s chances of survival.

This is the latest of many Endangered Species Act (ESA) lawsuits and other actions involving insects and leading to an eleventh-hour Obama administration endangered designation for the rusty patched bee.

Interior points out that extremely limited knowledge about the rusty patched bee makes critical habitat determinations impossible. The NRDC counters that Interior must designate habitats based on “best available evidence.”

However, that information is so inadequate, conjectural, false or falsified that it must not be used to justify the astounding potential impacts of rusty patched bee habitat designations.

The litigious groups claim the rusty patched bumblebee was “once common” in many Northeastern and Midwestern states. However, during that “historic” era, bees and other insects were studied for taxonomic purposes — not to assess species’ diversity and populations. So no one knows how many there used to be, or where.

The groups also claim rusty patched bee populations declined rapidly beginning in the mid-1990s, because of habitat loss, disease, climate change and especially the use of crop-protection pesticides. That’s another convenient revision of history.

Not long ago, even the Xerces Society for Invertebrate Conservation said RPB decline was due to habitat loss and multiple diseases that spread from domesticated honeybees to wild bees.

“The exact cause for the loss of the rusty patched is unclear,” says University of Virginia biology professor T’ai Roulston. “But it’s almost certainly related to disease,” especially a fungal gut parasite that “can shorten the lives of worker bees and disrupt mating success and survival of queens and males.”

Habitat loss is clearly another factor. Over the past half-century, cities and suburbs expanded, and farmers increasingly emphasized large-scale monoculture crops like corn and canola for food and biofuels. That reduced underground RPB nesting sites and the varieties of flowers that wild bees prefer.

Little evidence supports the pesticide claims, and much refutes them.

For example, a wide-ranging international study of wild bees, published in Nature, found that only 2 percent of wild bee species are responsible for 80 percent of all crop visits. Most wild bees never even come into contact with crops or the pesticides that supposedly harm them.

Even more compelling, the Nature study determined that the 2 percent of wild bees that do visit crops — and so would be most exposed to pesticides — are among the healthiest bee species on Earth.

Other studies found that neonic residues are well below levels that can adversely affect bee development or reproduction. That’s because coating seeds ensures that neonic pesticides are absorbed into plant tissues — and thus target only pests that actually feed on the crops.

None of these facts will matter, however, once the Fish and Wildlife Service starts designating the rusty patched critical habitats. The agency and environmentalists will be able to delay, block or bankrupt any proposed or ongoing project or activity within a habitat if they think it might potentially harm the bee: From building new homes or hospitals, to laying new pipelines or improving roads and bridges — to saying when, where or if a farmer can plow fields, plant crops or use pesticides.

Make no mistake, the potential geographic reach of these critical habitat designations is enormous.

The Fish and Wildlife Service has said rusty patched bumblebees are likely to be found “in scattered locations that cover only 0.1% of the species’ historical range.” However, 0.1 percent of the presumed historical range is nearly 4 million acres — equivalent to Connecticut plus Rhode Island.

Worse, that acreage is widely dispersed in itty-bitty parcels across 13 states, where amateur entomologists have supposedly spotted rusty patched bumblebees since 2000. That’s some 380 million acres: 15 times the size of Virginia.

No one knows just where those parcels might be — enabling environmental groups and government agencies to halt projects while large areas are carefully examined for signs of rusty patched bumblebees.

The ultimate effect — if not their intent — would be to let those radicals use “threatened or endangered” insects to delay or veto countless projects and activities across nearly the entire United States.

All this underscores why the Endangered Species Act must be revised. It’s also why environmentalists and their allies will battle any changes tooth and nail.

The U.S. Supreme Court recently ruled 8-0 that the Fish and Wildlife Service could not use the ESA to compel landowners to create habitat at their own expense, and forego future economic use of their private property, in order to expand an endangered frog’s range.

The court and Interior Department should now bring further balance and sanity to the act, to ensure that conflicting and competing needs are examined and balanced — fully, carefully and honestly.

This article originally appeared in The Washington Times