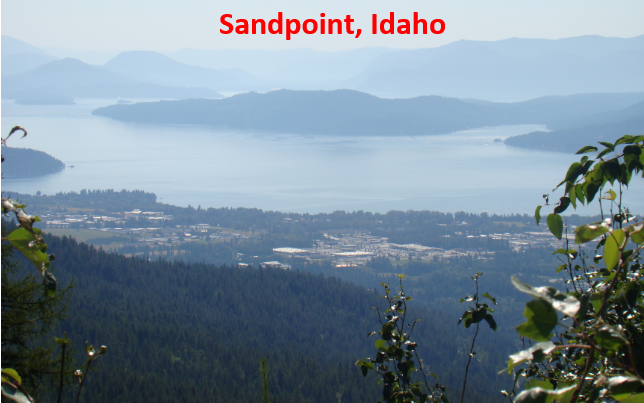 How can the restriction and elimination of property rights be accomplished?

UN Agenda 2030 and the prior Agenda 21 plans lay out how and why this should be done.

Our federal government is the main progenitor of these plans.  From HUD and Human Services you have urban renewal projects, HUD properties, and affordable housing schemes.  These programs are used by state and local government to drive all types of agenda from refugee resettlement to restriction and elimination of private property rights.  Our tax money is used against us, and is flowed to numerous NGOs and non-profits

Under the guise of public -private partnerships.  Local planners, who have been indoctrinated in college in the UN agenda use rules and regulations to expropriate private land by eminent domain, annexation, pushing land trust sales and Areas of City Impact.  The local governments buy into regionalization by creating taxing districts that cross jurisdictions and then push for joint powers agreements, annexations, and master planning schemes.  An example of overreach is the City of Sandpoint, ID using tax money and grant money to have a private company overfly Bonner County and create a GREENPRINT.  This document would have been used to force rezoning and future planning outside the cities purview, until it was stopped by local citizen outrage.

The next shoe to drop is the creation of a metroplex that will swallow all small towns and cities under the guise of transportation, public safety, education and administration consolidation to save money and have continuity and connectivity in expansion.  Examples of this abound in the US, from Long Island, NY to Nashville, TN to Los Angeles, CA to Salt Lake City, UT.  All these are metroplexs that have multiple layers of non-elected bureaucrats in charge.

Some cities use taxpayer money to purchase land outside of city boundaries to supposedly PROTECT open space.  The city of Missoula, MT is trying to do this.  This locks up lands from development and takes it off the tax rolls, forcing taxpayers to pay more to make up for that non-use.

Now we come to the real bad actors, the NGOs, non-profits and unions who really drive these agendas. Governments’ employee unions use their tax free money to lobby our legislators for continuous increases in salary and benefits, creating a self-perpetuating monster akin to the “monster from the id“  from the movie Forbidden Planet.

In Sandpoint, ID the local school district, LPOSD, utilizes funding from Inland Northwest Foundation, Equinox foundation, PAFE, LOR foundation, Idaho community foundation, Save Our Schools and taxpayer monies to run multiple tax levies ever two years that place their salaries at almost double the median income in the area and increases of over 40% the previous levy 2 years ago.

The City of Sandpoint, ID purchases open space by proxy and covets state land in its boundaries to create another taxing district.

The traps are set and reset with many kills already.  We can stop these schemes that are detrimental to our freedoms by acknowledging who the actors are and what their ulterior motives are.  It takes the willingness to attend City Council meetings, county commissioners meetings, taxing district meetings, Utility district meetings, keeping abreast of state legislation and studying proposals, resolutions, bills, and commenting in person, by letter, by email and asking questions and demanding clear answers to your question, even using the Freedom of Information request forms that all public agencies are required to have on hand and respond to.  Joining informational groups like The John Birch Society (JBS), etc. is a great start.

GET INVOLVED, SPEAK YOUR PIECE, and HOLD GOVERNMENTS FEET TO THE FIRE.