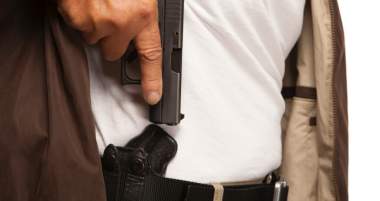 More than 17 million Americans have obtained their concealed-carry permits, and about four out of every 10 of them carry a firearm with them at least some of the time.

This has been the cause of much angst among the anti-gun crowd, which still believes that more guns will equal more crime. Exactly the opposite has been proven to be the case.

But it was John Lott, president of the Crime Prevention Research Center, who went one step further: examining how CCW holders behave when compared to police. He concluded that “concealed handgun permit holders are extremely law-abiding,” adding, “In Florida and Texas, permit holders are convicted of misdemeanors and felonies at one-sixth of the rate at which police officers are convicted.”

Even given the low conviction rate for police, concealed carry permit holders are even more law-abiding than police. Between October 1, 1987 and June 30 2017, Florida revoked 11,189 concealed handgun permits for misdemeanors or felonies. This is an annual revocation rate of 10.4 permits per 100,000. In Texas in 2016 (the last year for which data is available), 148 permit holders were convicted of a felony or misdemeanor — a conviction rate of 12.3 per 100,000.

Combining Florida and Texas data, we find that permit holders are convicted of misdemeanors and felonies at less than a sixth of the rate for police officers. Among police, firearms violations occur at a rate of 16.5 per 100,000 officers. Among permit holders in Florida and Texas, the rate [of firearms violations] is only 2.4 per 100,000. That is just 1/7th of the rate for police officers.

But there’s no need to focus on Texas and Florida — the data are similar in other states.

Lott failed to mention that often those misdemeanors which cost permit holders their licenses might have been speeding violations or other simple violations having nothing to do with carrying a sidearm concealed. So the numbers he quoted overstate the rate at which CCW holders lose their licenses. In other words, they are likely even more law-abiding than Lott suggests.

There’s an added bonus that neither Lott nor Smith emphasized enough: CCW permit holders have reduced the rate of violent crimes committed by criminals, often merely by their presence. In 2018, the FBI analyzed 50 active-shooter incidents from 2016 and 2017:

In 10 incidents, citizens confronted the shooter. In eight of those incidents, one or more citizens safely and successfully acted to end the shooting:

• In one incident, a citizen possessing a valid firearms permit exchanged gunfire with the shooter, causing the shooter to flee to another scene and continue shooting.

• In one incident, a citizen possessing a valid firearms permit was wounded before he could fire at the shooter.

Lott would say that this is far too small a sample size to prove statistical significance, that far more data would be needed to measure the impact CCW holders have on public safety. But as this article was being prepared, an incident in Tennessee just occurred that proves the point. As reported locally by WISH TV, on Valentine’s Day a husband “went into a dentist office and shot his wife.… A bystander, with a carry permit, shot the suspect and held him until authorities arrived.”

CCW permit holders take their responsibilities seriously. For most of them, only after much consideration do they add to their person lethal force, recognizing that with the power to kill or maim inevitably comes the potential aftermath that could cost them thousands of dollars in legal fees, not to mention personal and mental trauma. Permit holders therefore are much more likely than the general public, and the police, to do everything possible to refrain from using that lethal force except, as Massad Ayoob expressed it in the title of his best-selling book, only In the Gravest Extreme would he draw that firearm.

These studies prove just how law-abiding these individuals are, to the surprise of no one except those who want to disarm them.

An Ivy League graduate and former investment advisor, Bob is a regular contributor to The New American magazine, writing primarily on economics and politics. He can be reached at badelmann@thenewamerican.com.

Was CCW License Holder Who Helped Chicago Police Justified in Shooting at Suspect?